On my last trip to the Sunshine Coast I was able to arrange a photo shoot with Bonnie Jaqueline. Whenever I have the opportunity I like doing night shoots, however it's tricky to get the right conditions for them. 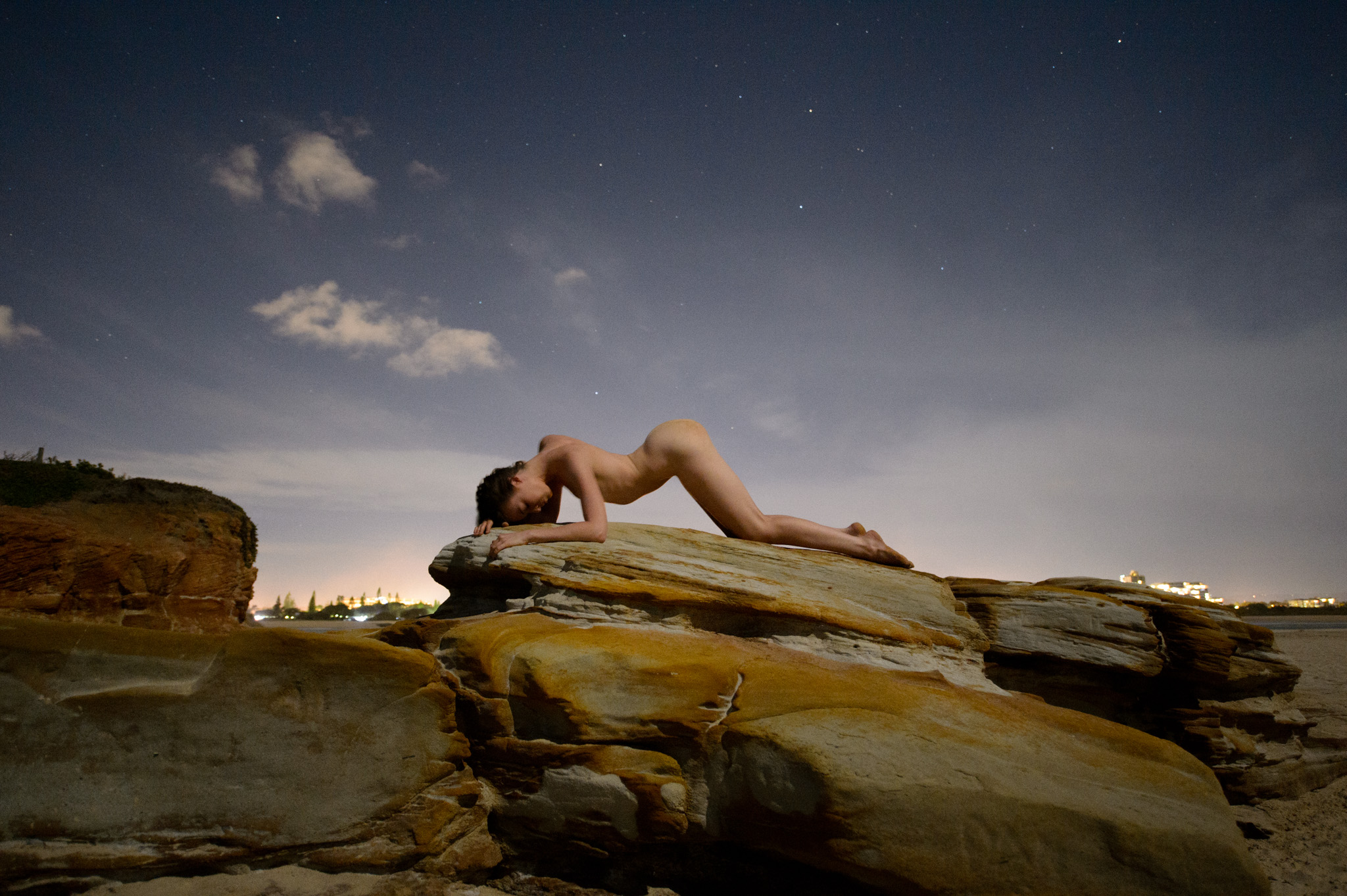 Most of the time when doing night photos I try for nights when there is no or only partial moon visible. Sometimes though the timing of a trip just won't allow for it. In this case it wasn't far from the full moon, which ended up working out quite well. 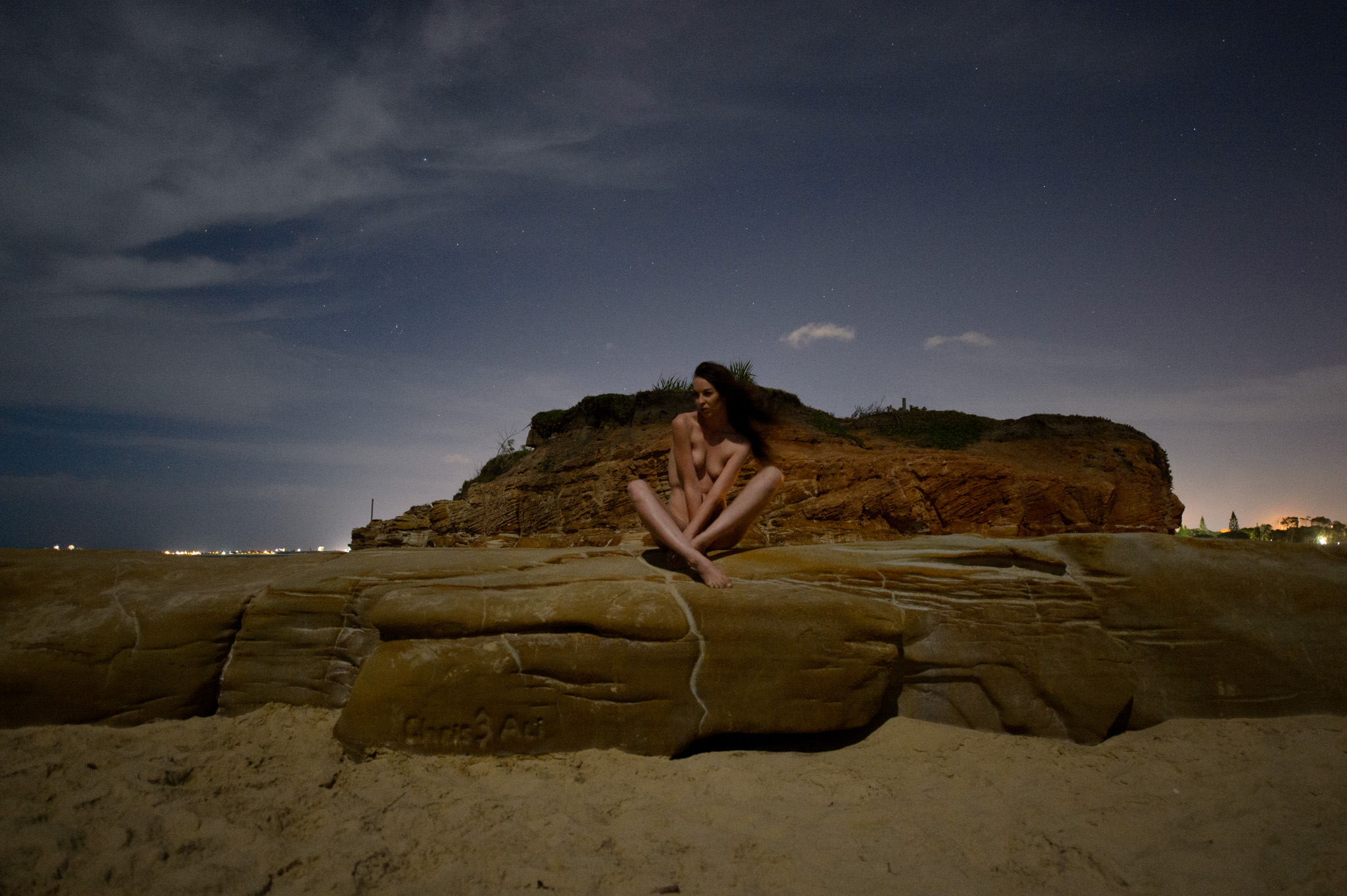 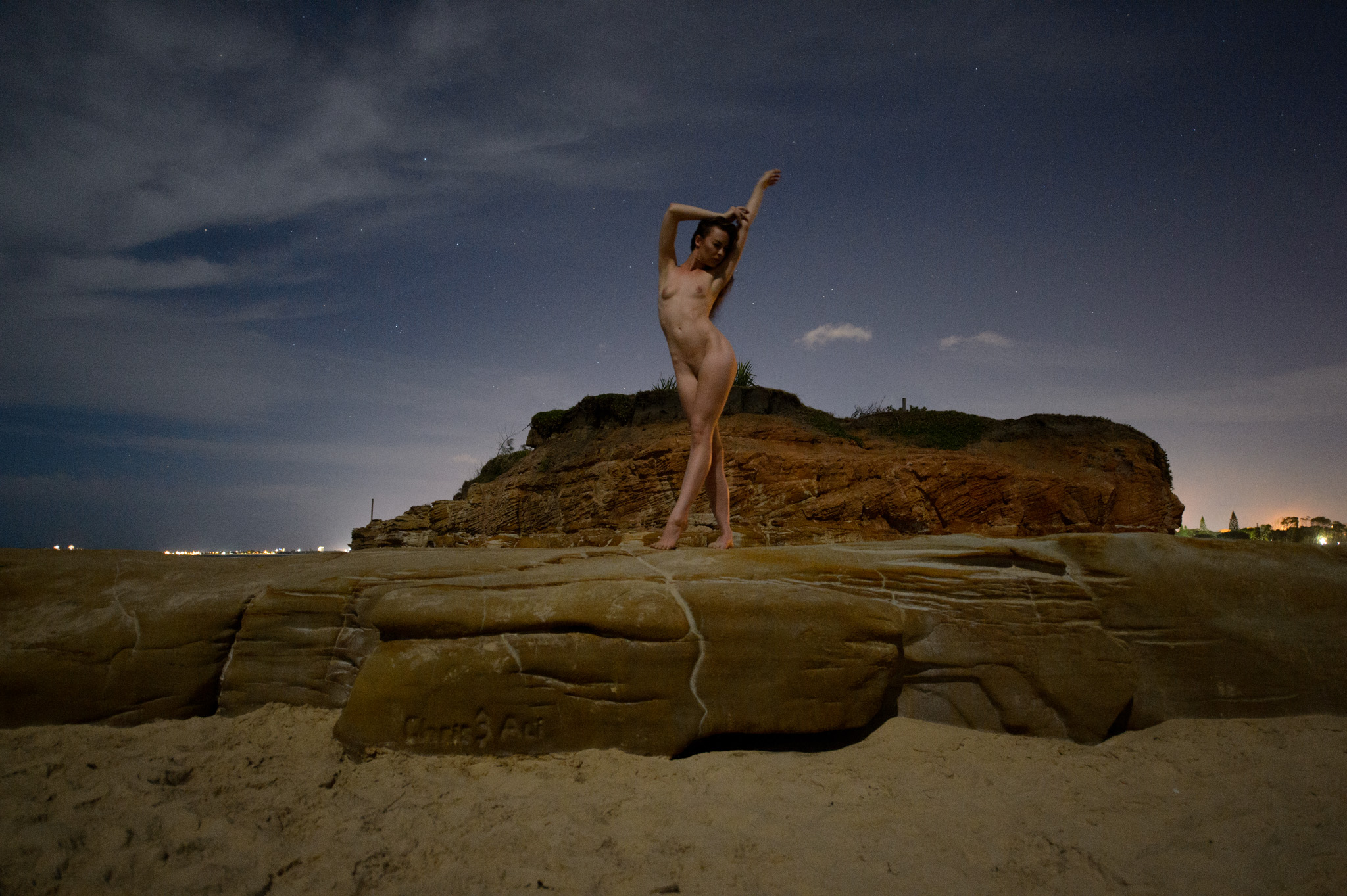 When the moon is not bright enough I would normally light the model by some means, and I had those with me, but in this case it was bright enough that as long as Bonnie stayed still for a second or two she would be visible. 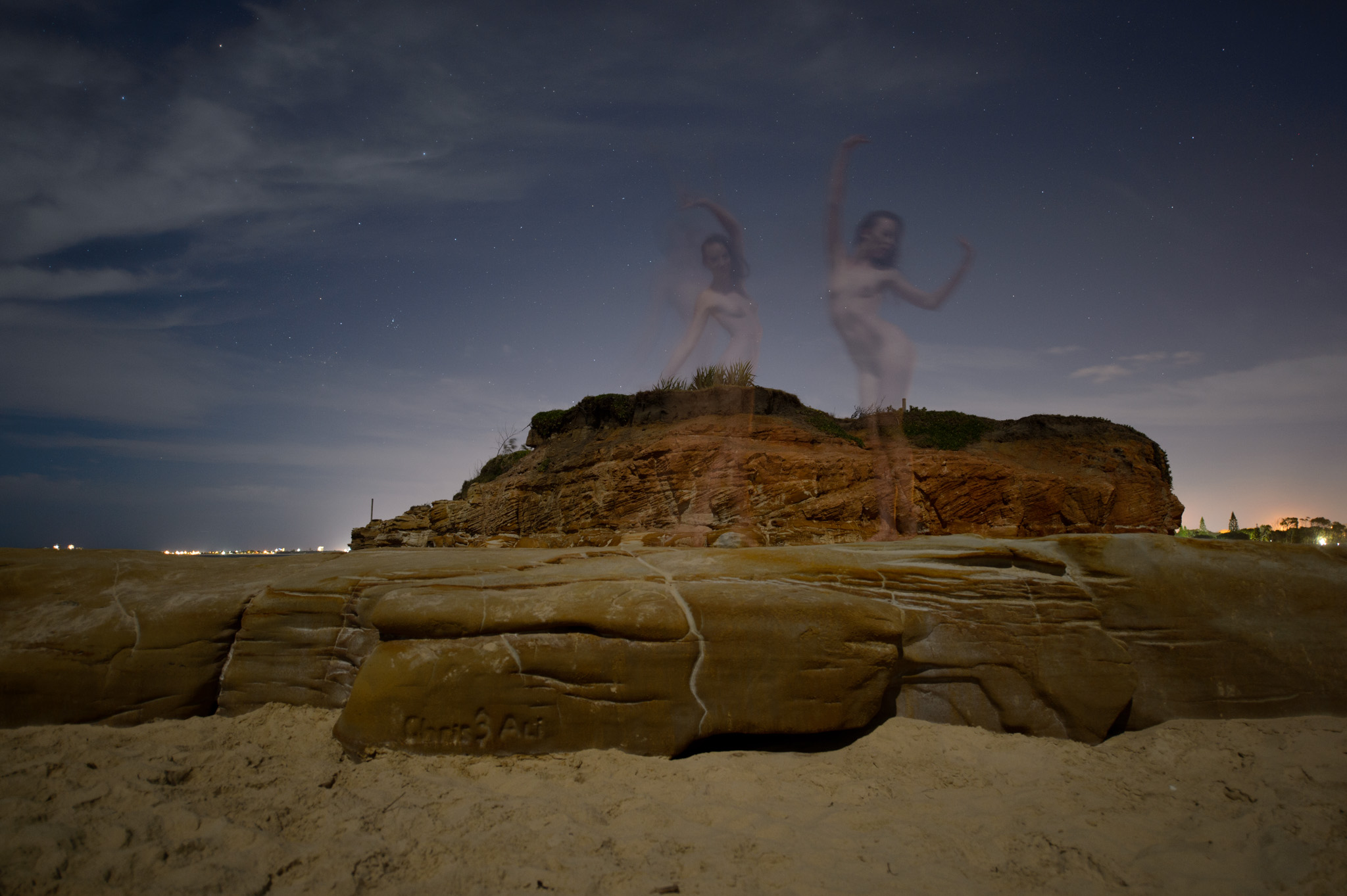 That opens up other possibilities, as you can extend the exposure and have the model pose still for a short time, then move, then pose again. 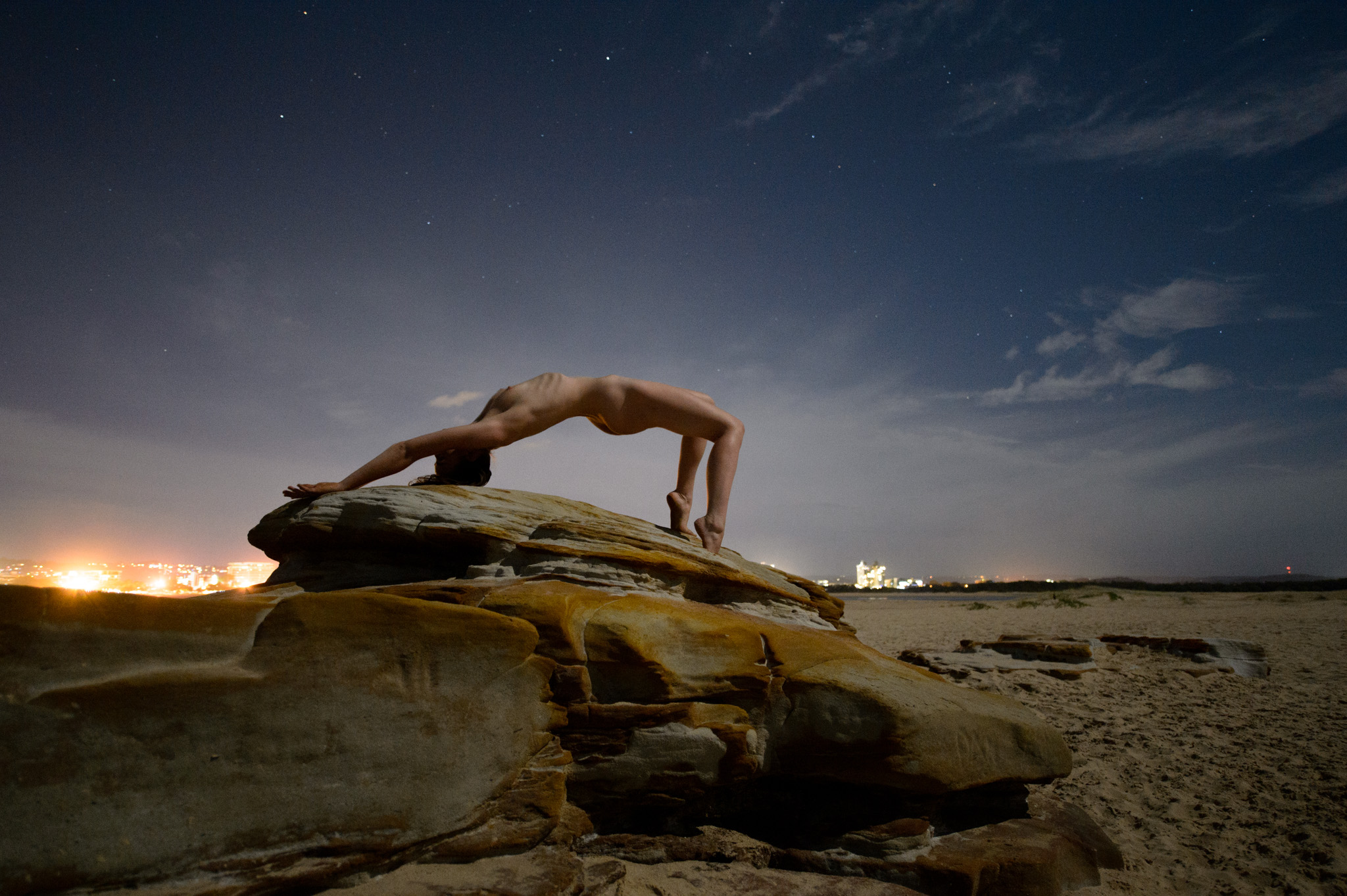 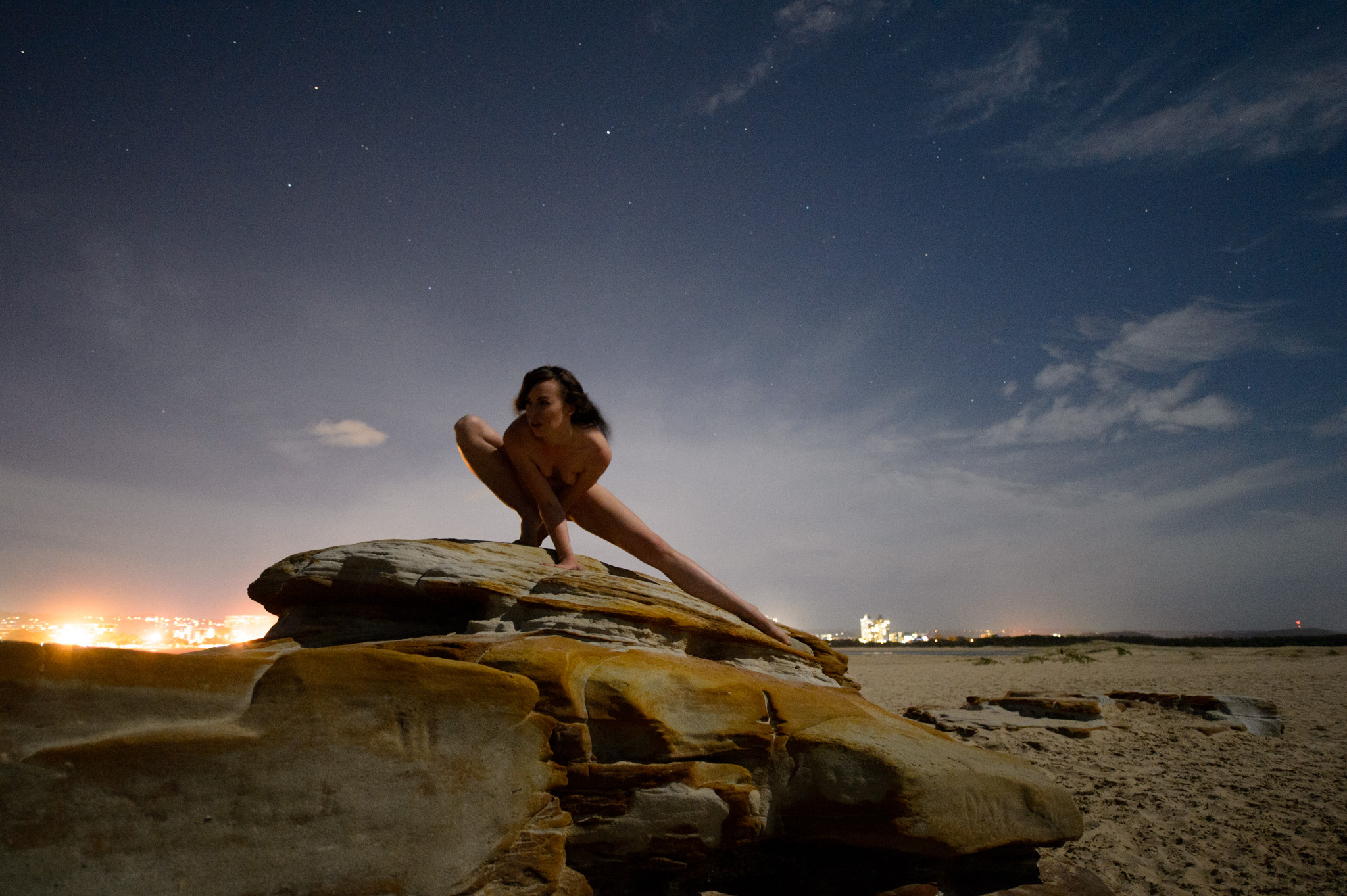 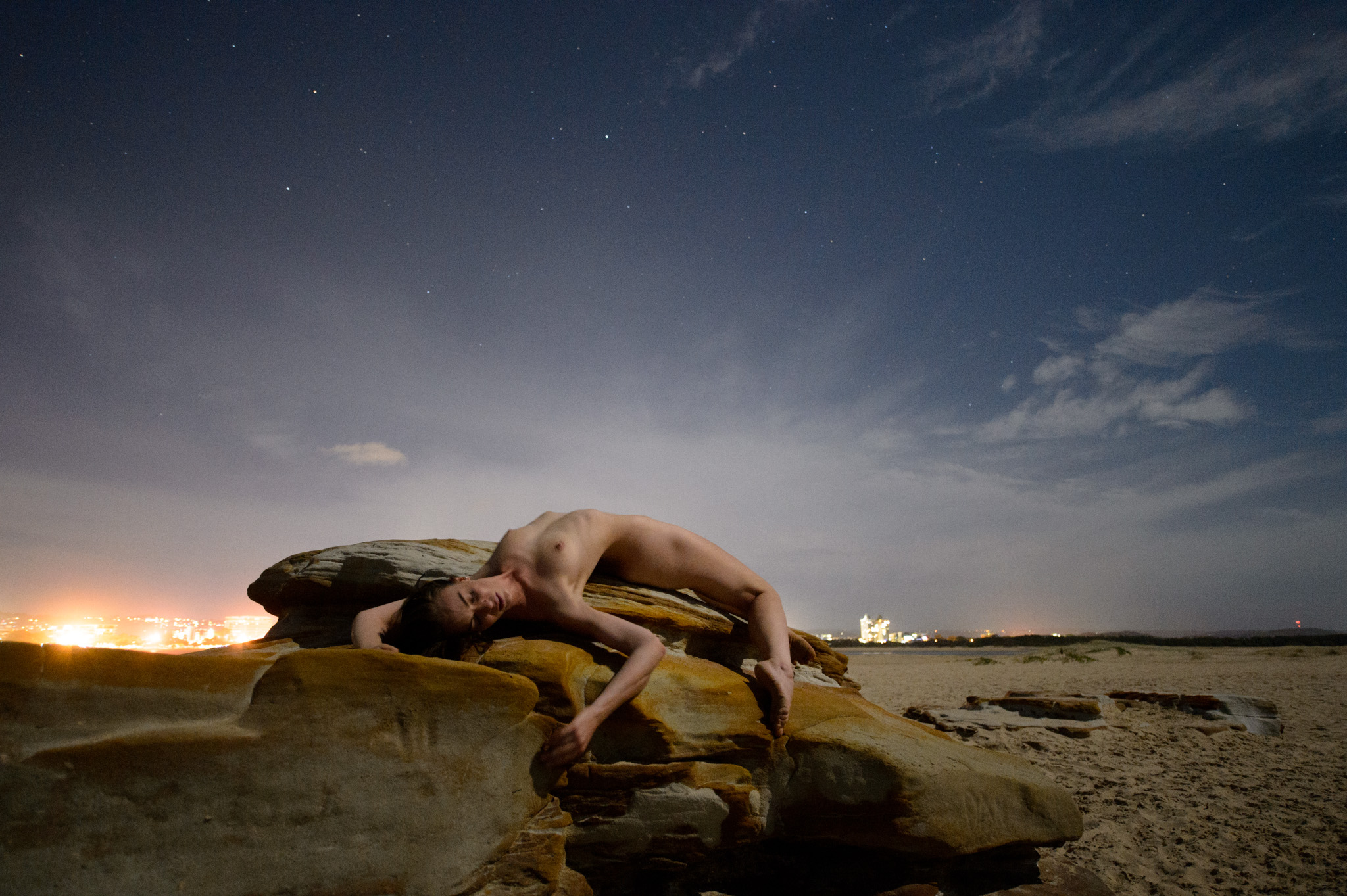 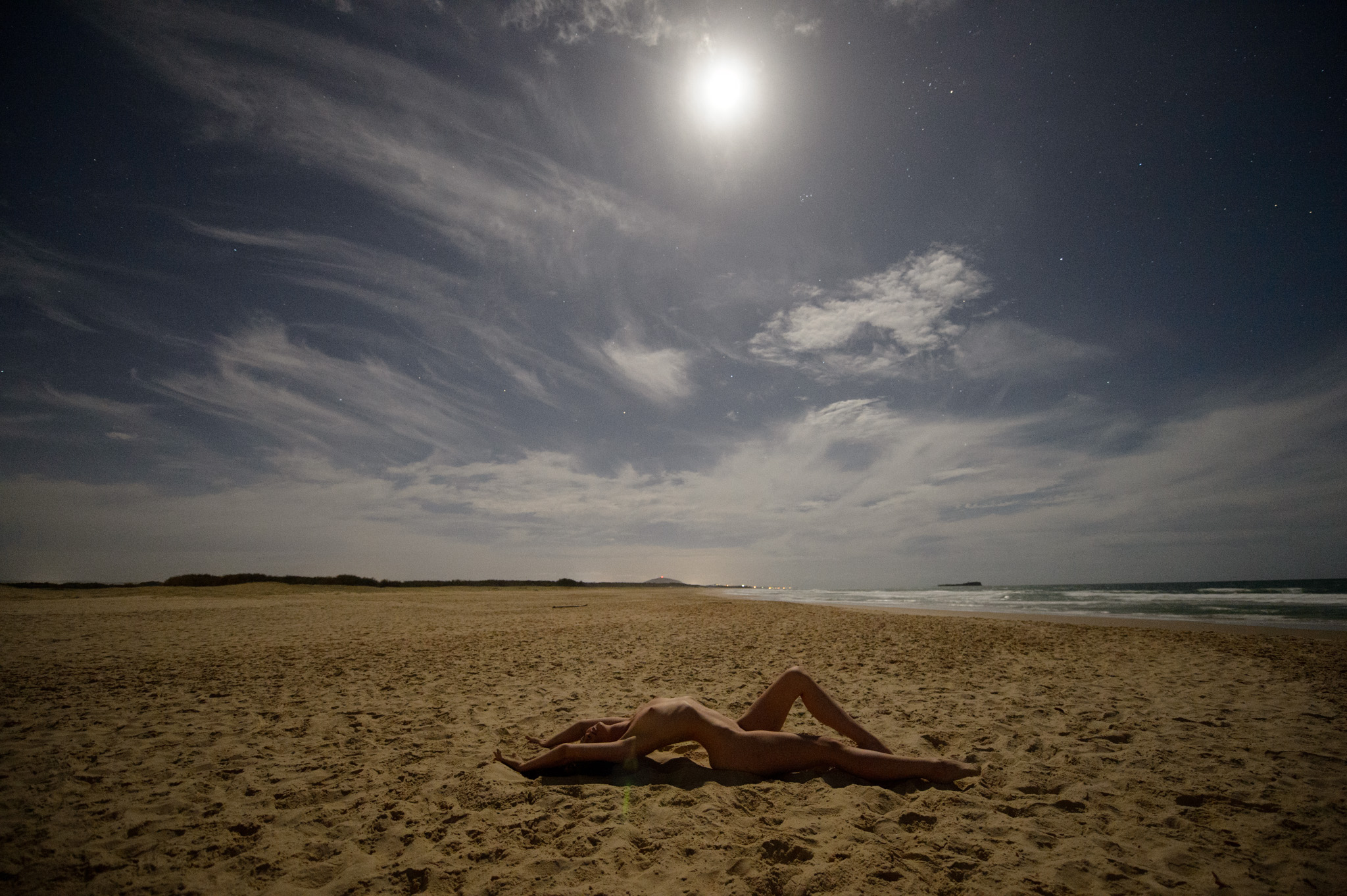 I was actually surprised how many stars were visible. The mix works quite nicely. 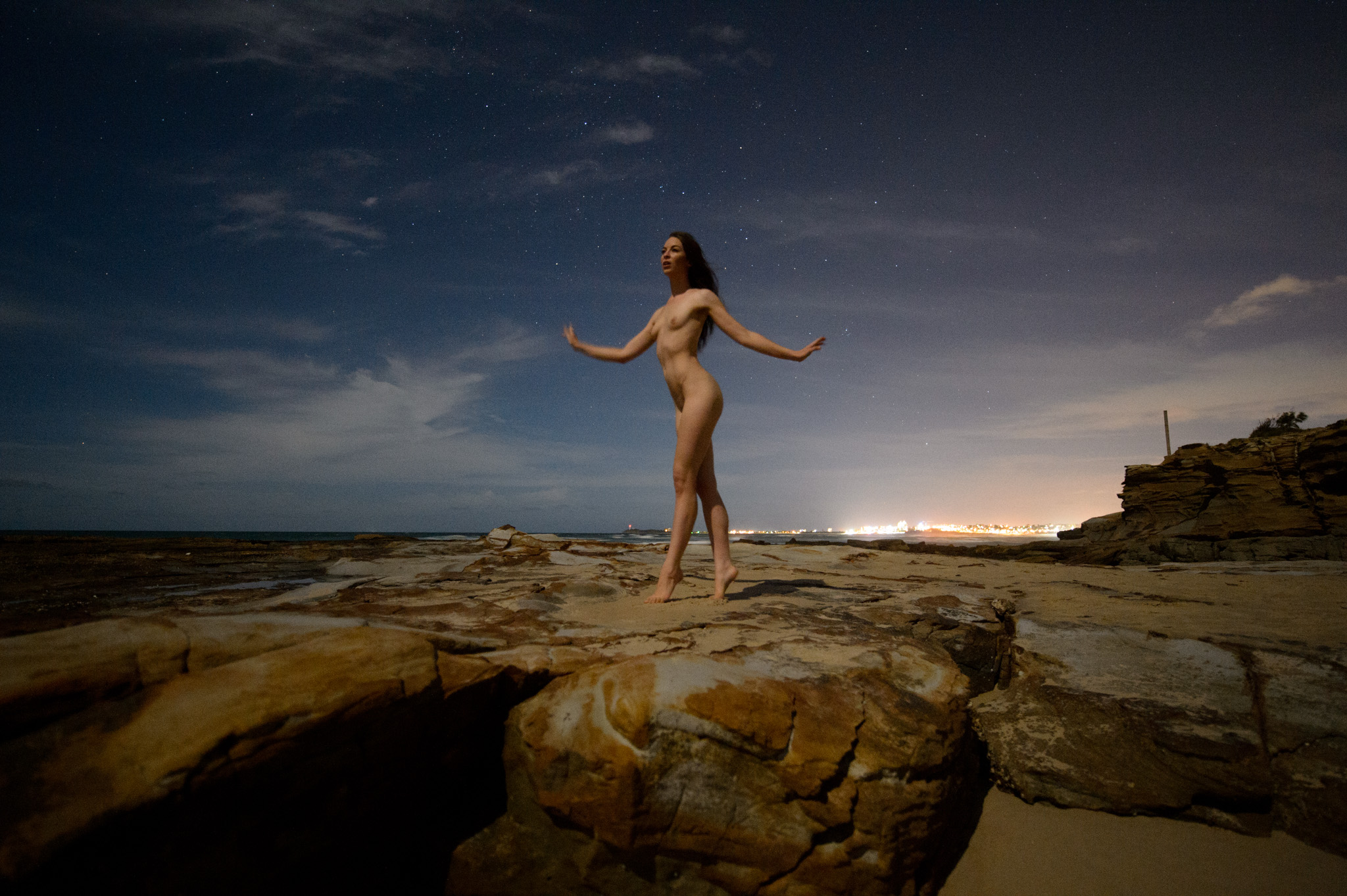 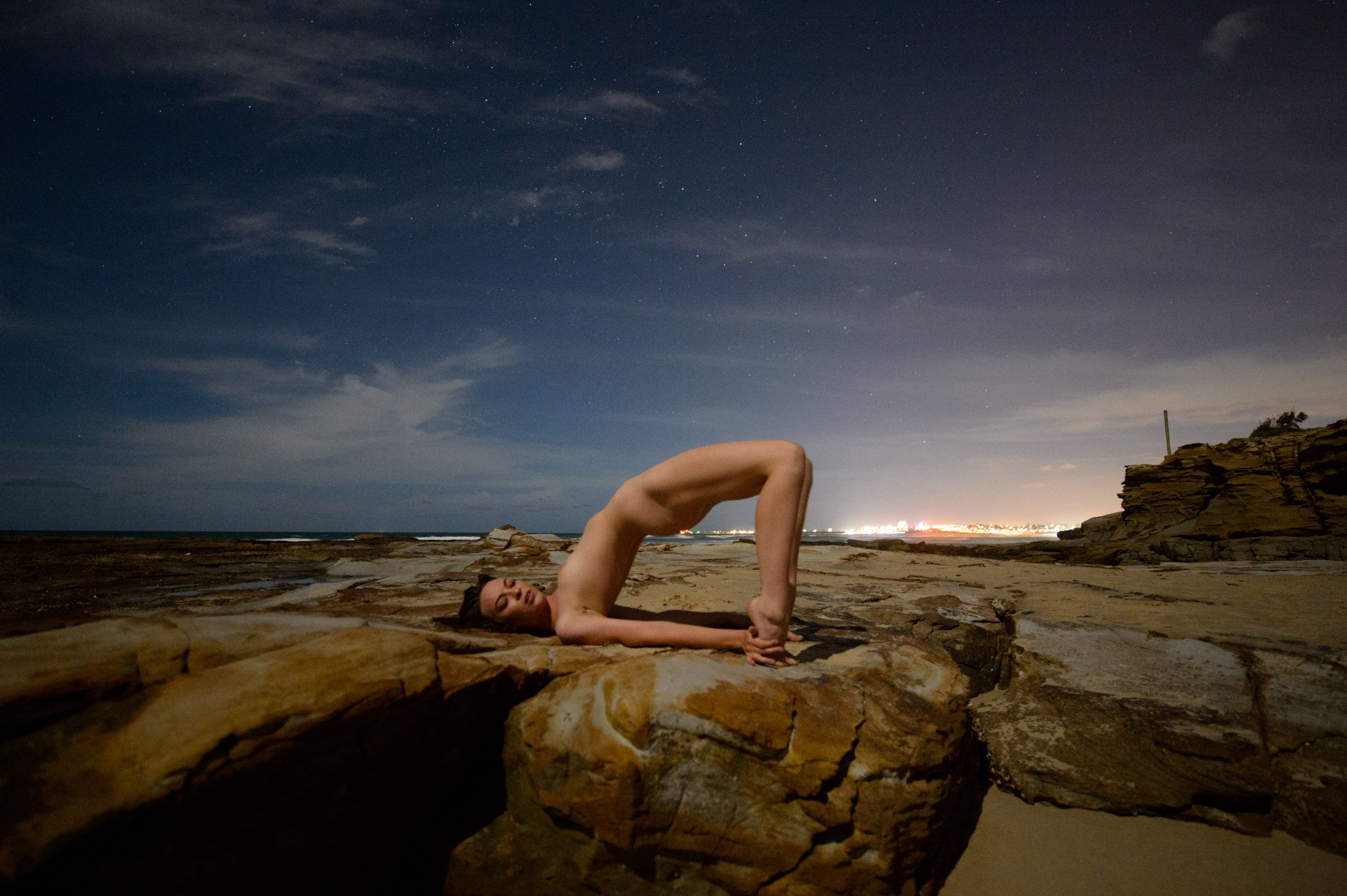 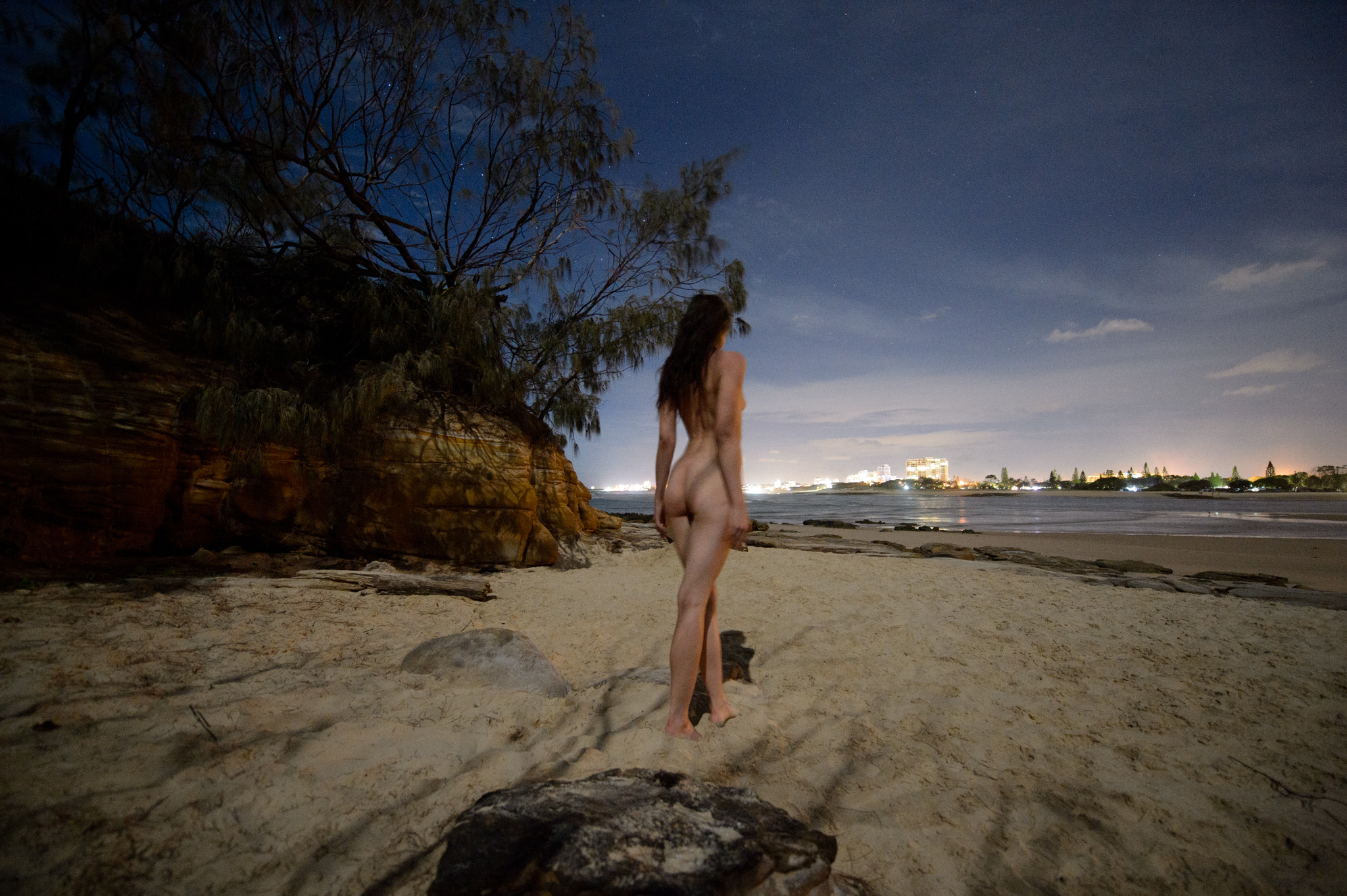 As well as the moon, there was enough light both directly and reflected off the few clouds to help light both Bonnie and the scene.