It's interesting how changing a few angles on lighting can make for a completely different look. A couple of weeks after photographing Roarie, I was up in Sydney again for more underwater photography, this time with Schanae. 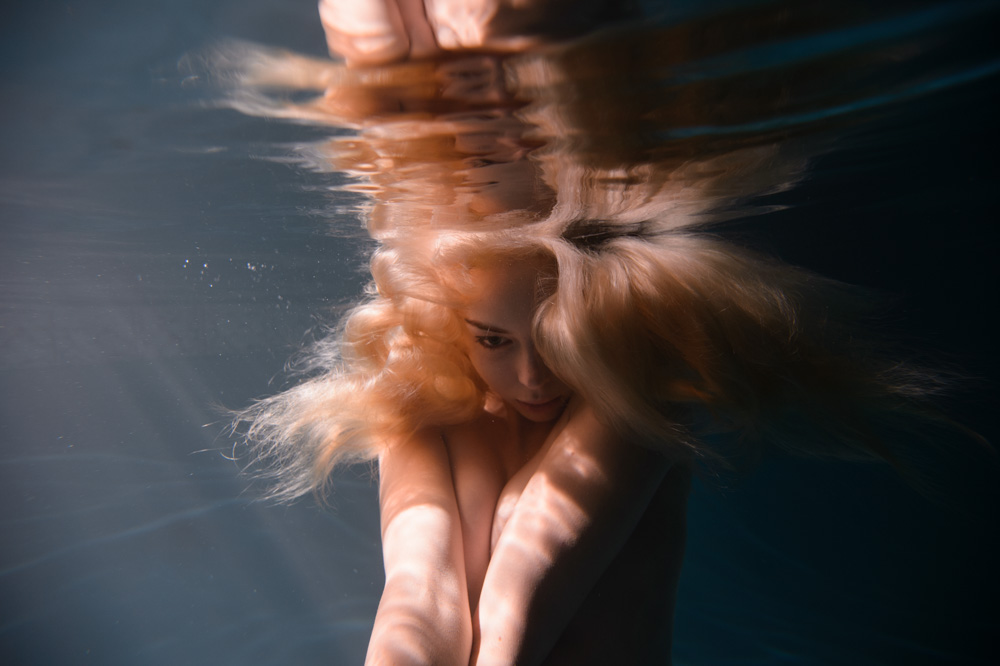 I've used this pool quite a few times since I started doing underwater photography, and I usually set up the light about halfway down the pool, just where the drop off occurs and I angle the flash down towards the deep end. 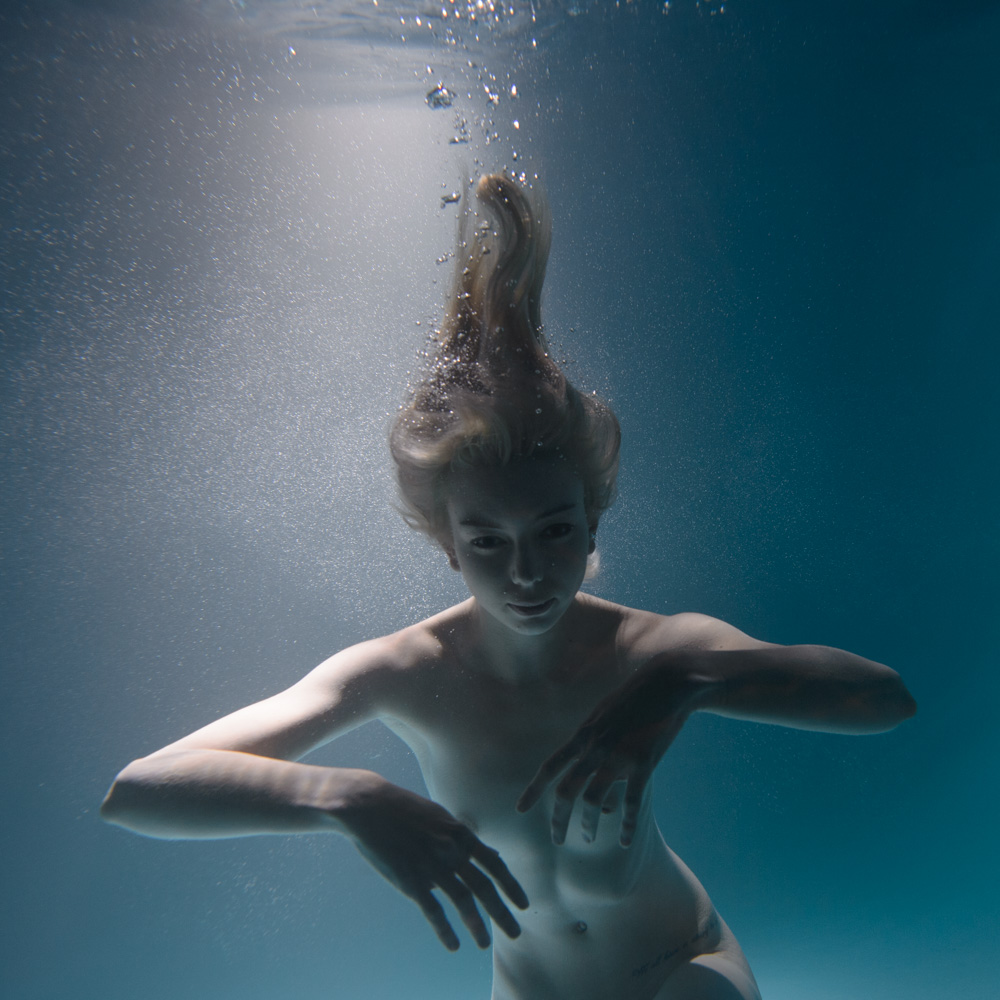 I will then photograph the model from different positions around her depending on which effect I want from the photos. Moving the light during the shoot isn't all that easy to do, so once it's in place I tend to leave it there, preferring to move us instead. 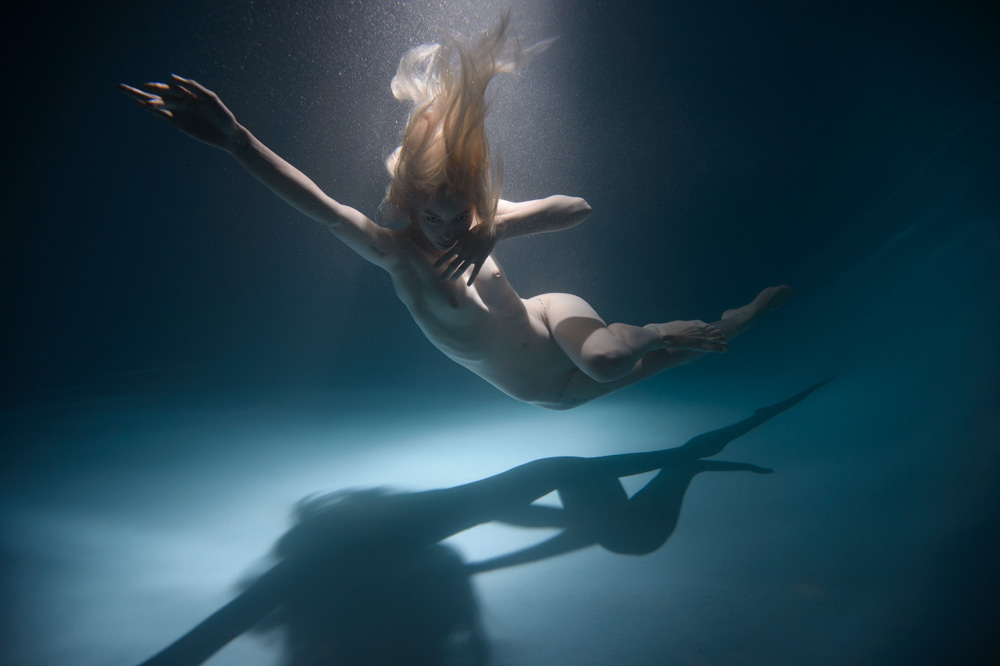 I was finding that I was preferring the backlit photos and photographing more of them, which normally means I have to swim around behind the model while she is posing. 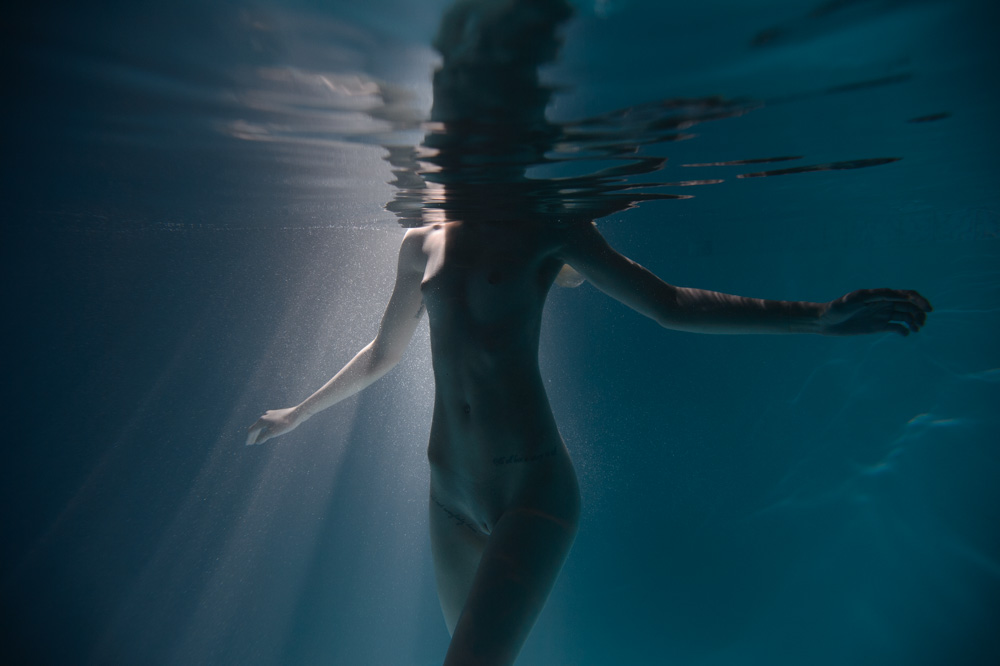 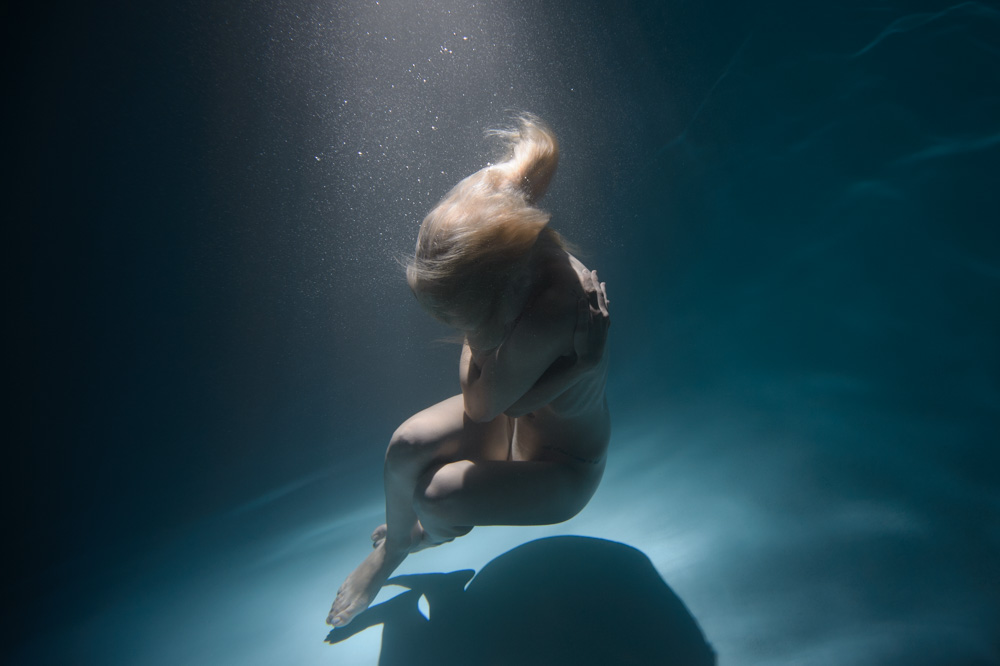 So for this shoot I instead decided to turn the light around and face it towards the shallow end, that way I could position myself better for the photos that I wanted to do most of. 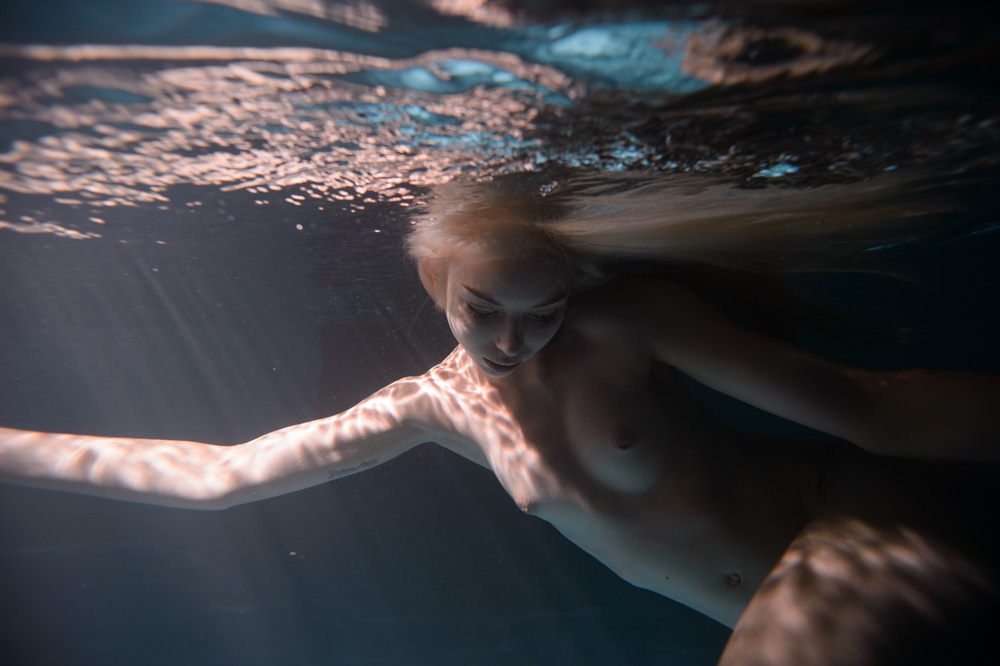 Water does interesting things to light, amongst other things you get interesting diffraction patterns, the colour cast changes, and the drop off tends to be fairly quick.

Since the light was now facing away from the deep end and I was facing towards it, I was expecting the area behind the model to be even darker than it usually was. I was also expecting that when I positioned myself for the front lit photos that they would be brighter as the light would be towards the shallow end so reflect better off the closer walls and floor. 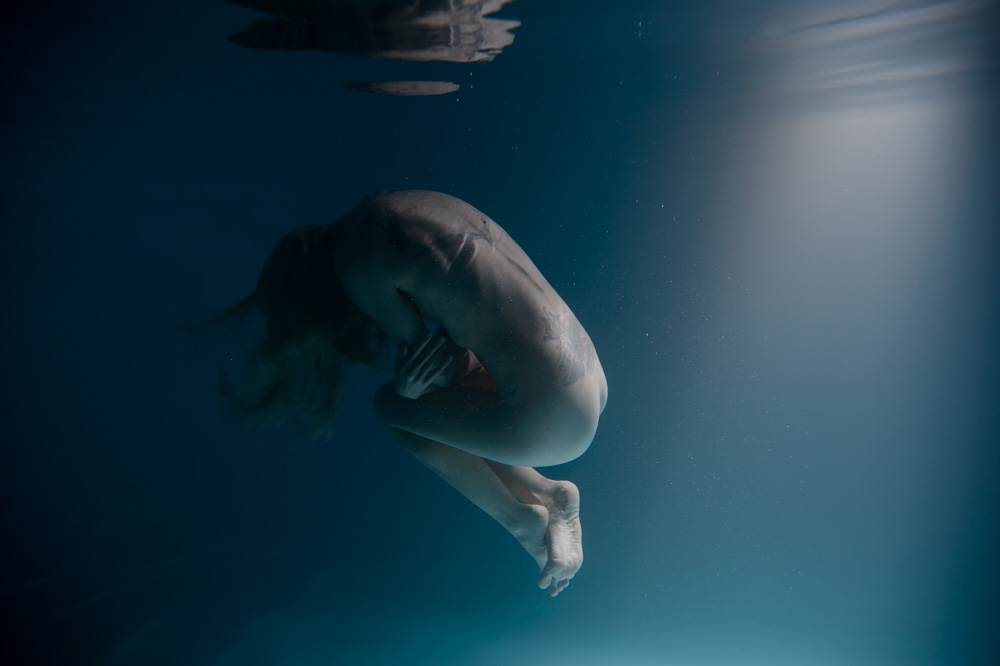 As you can see it didn't really work out that way. 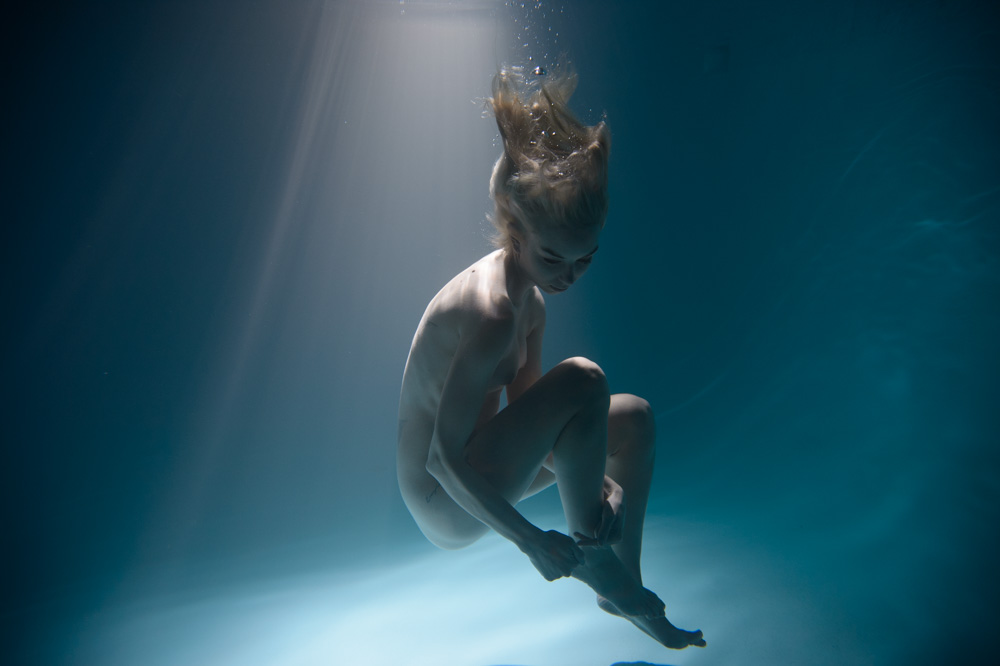 I do like the way it did end up working though, so I will be experimenting more with the light positioning in future shoots. 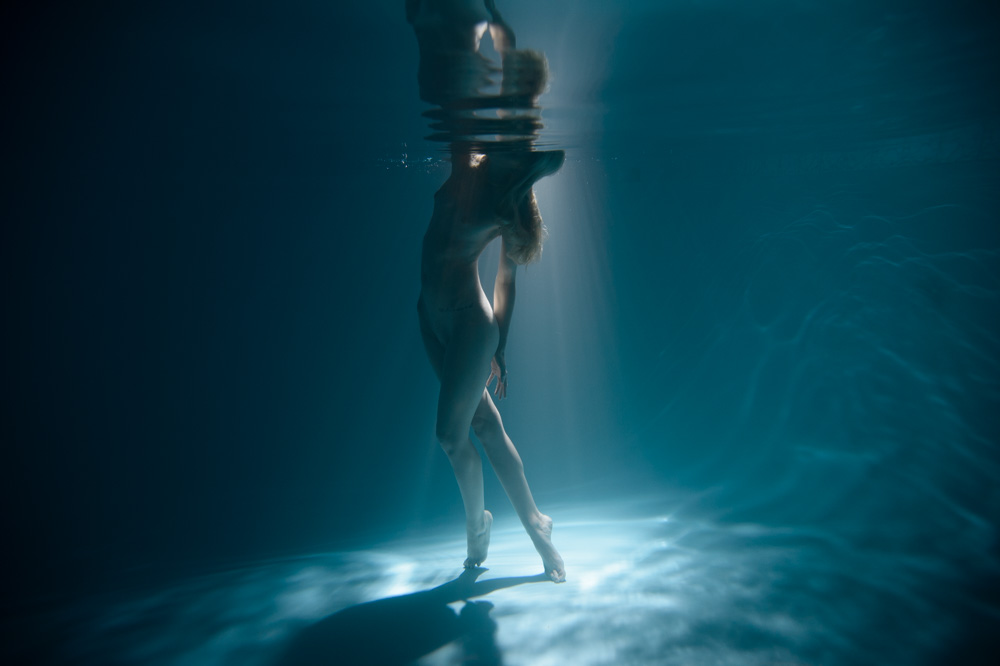 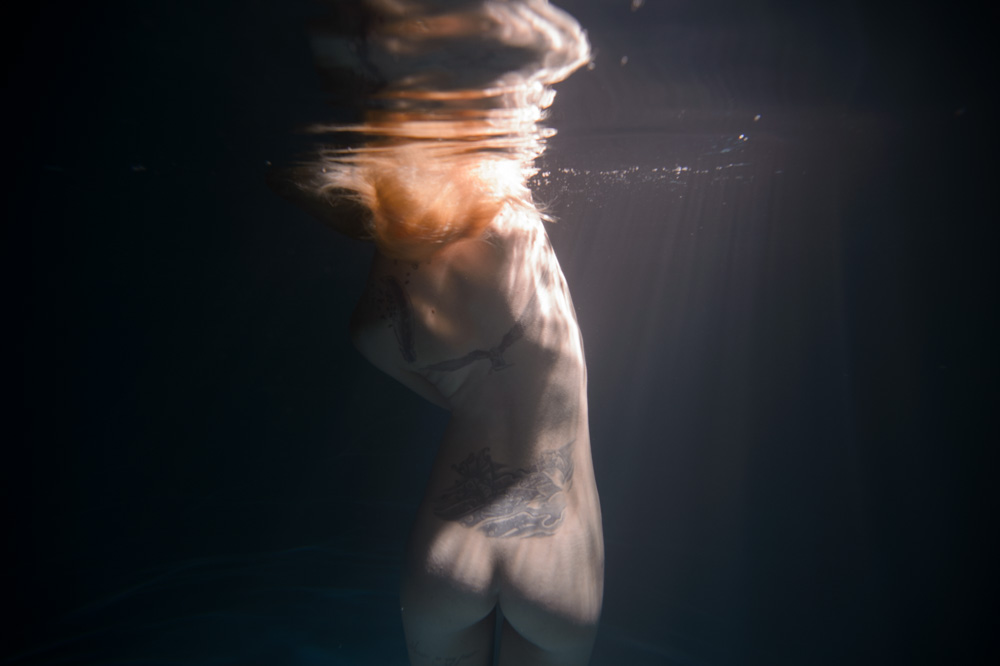 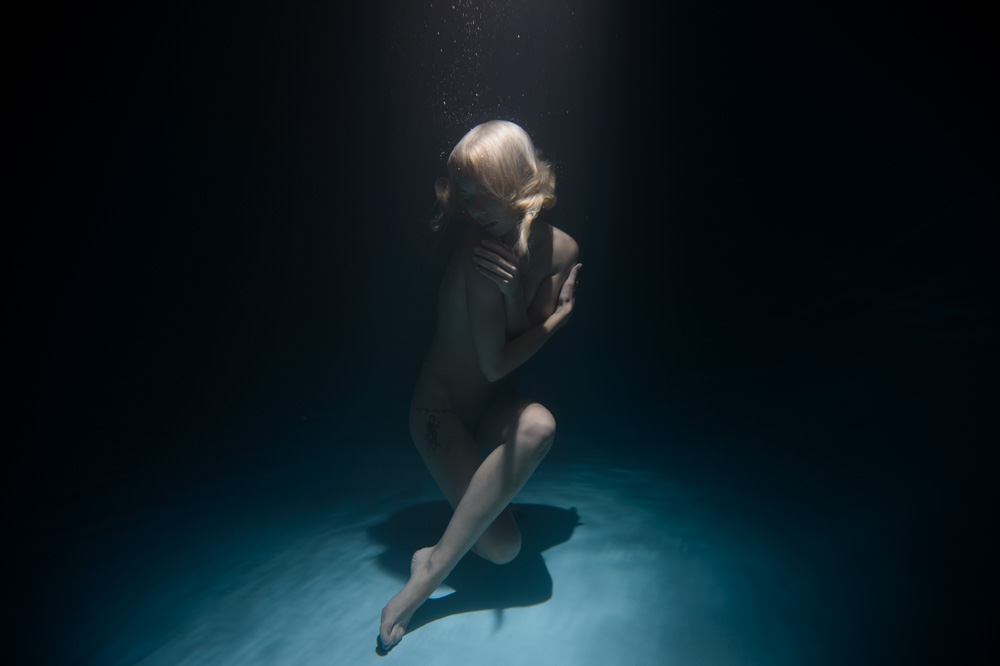 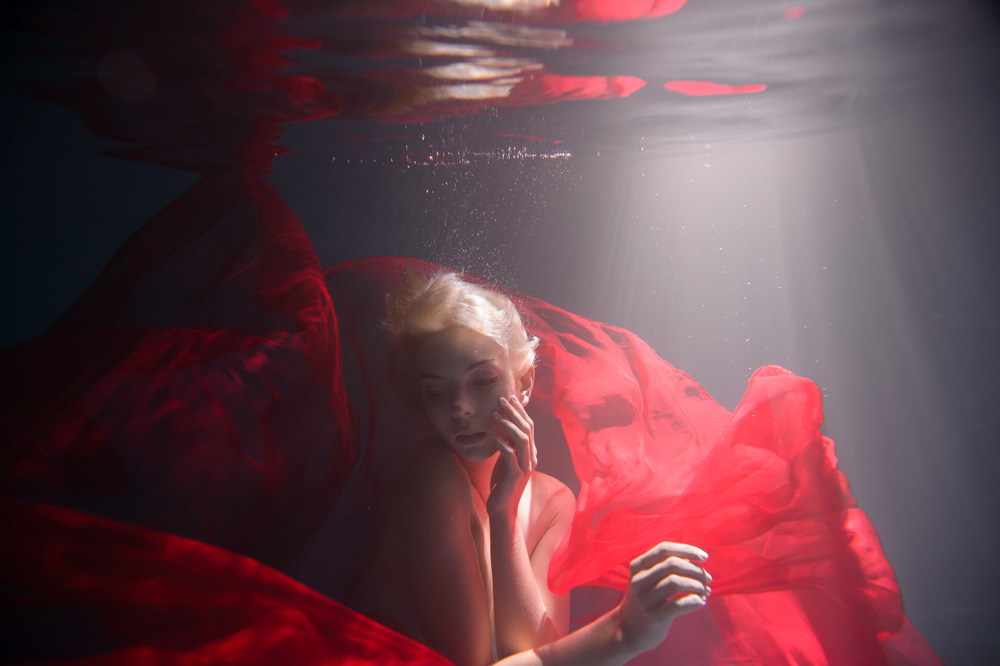 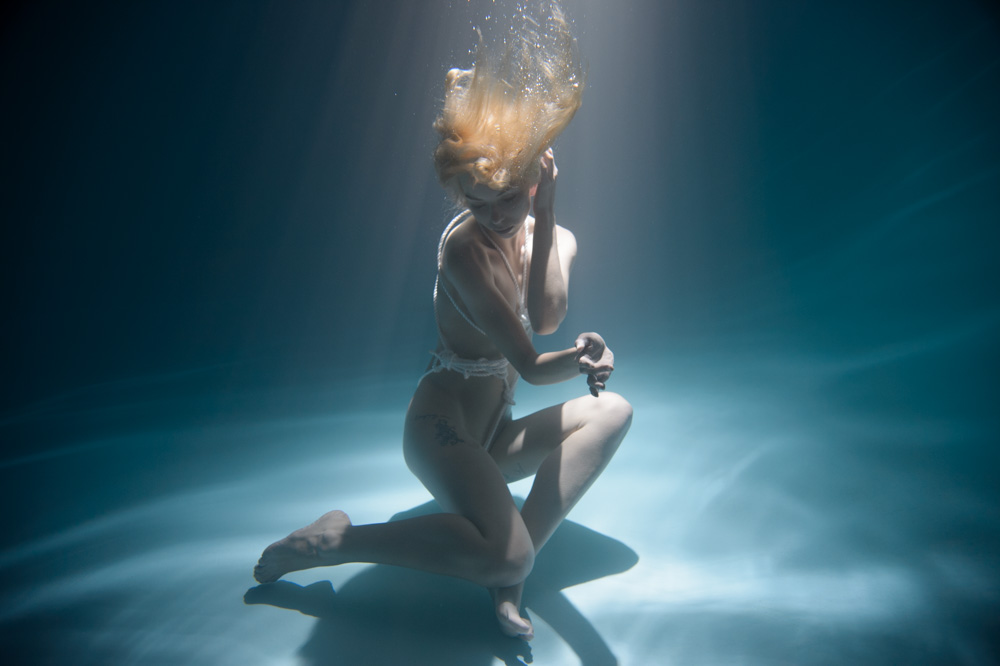 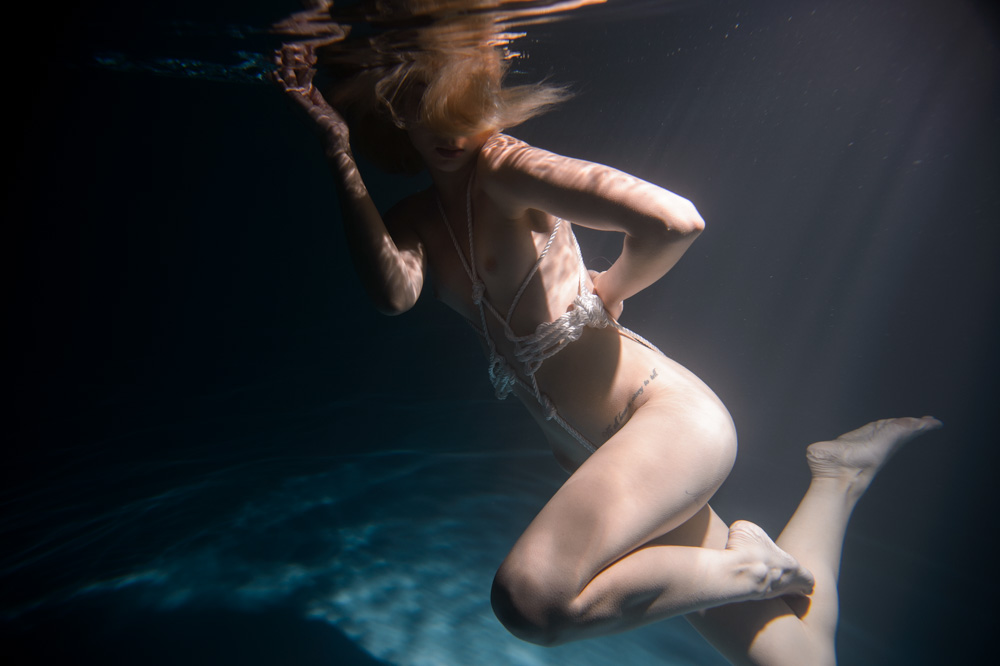 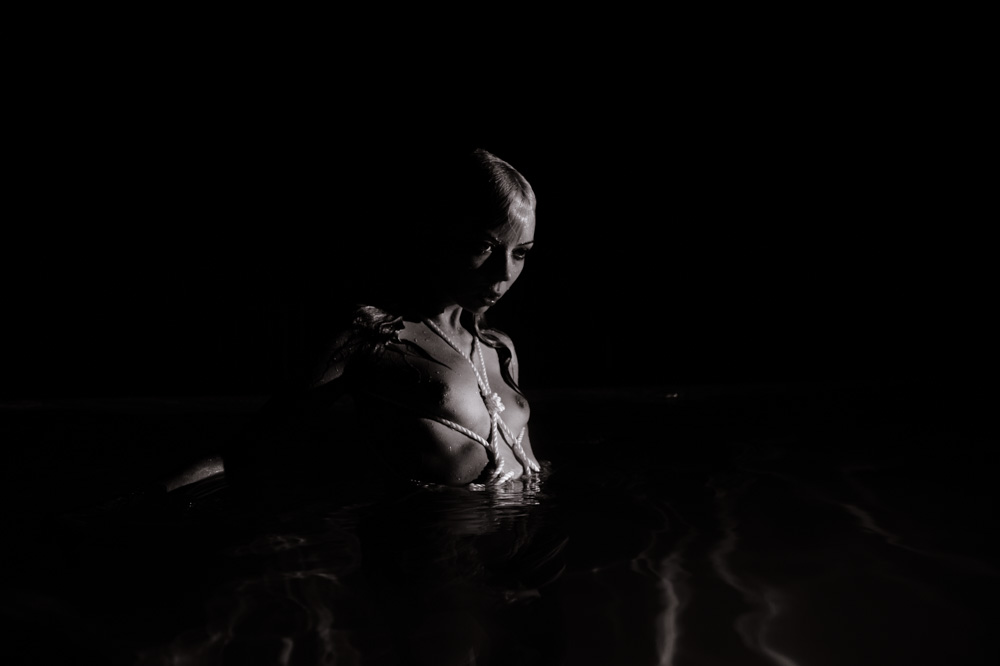 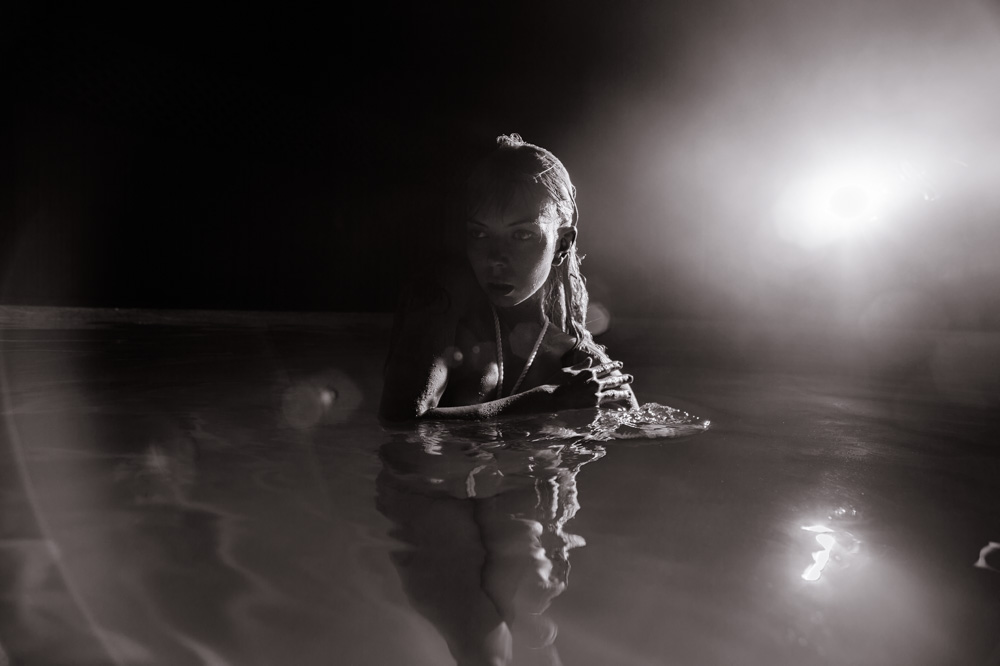 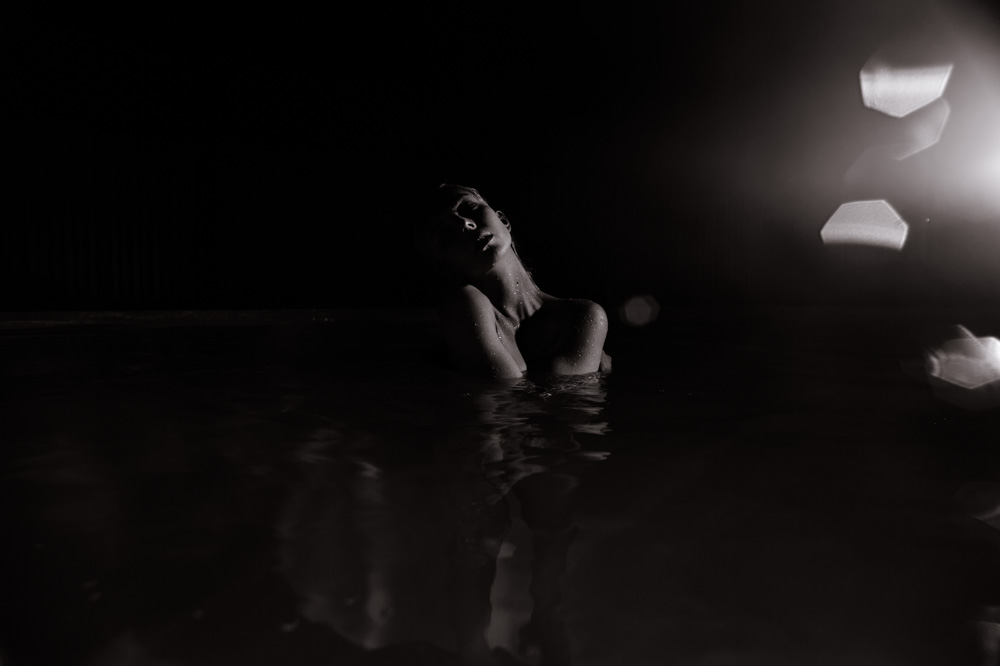 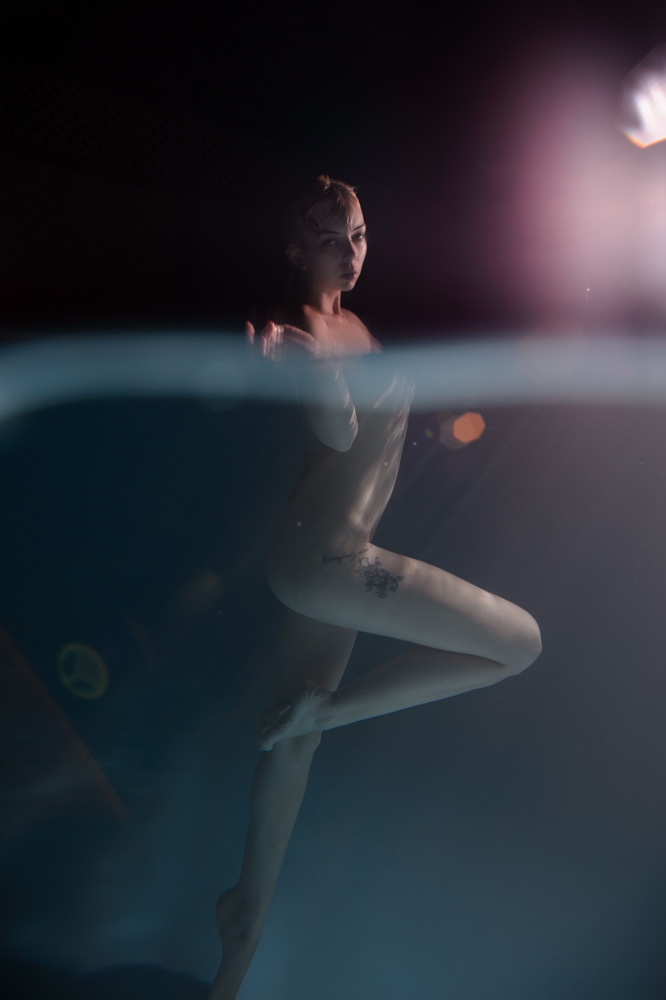 You can see more photos from the underwater photo shoot in the slideshow.