Photographing events and performances can be very challenging, but also very rewarding. Normally I like to use a very shallow depth of field with a fast enough shutter to stop the motion. With the moving performers, the changing lighting, and shooting wide open, the difference between a photo being good and being crap is a very fine line.

Sometimes freezing motion ends up with a surreal looking photo, so in those cases I'll slow down the shutter a little to about 1/2 a second so that there is a little motion in the photo - particularly in fire performances. There are times though when you want to go for a completely different look, when you want trails and to not see the performers clearly. After a conversation recently, I realised it had been quite some time since I took performance photographs of that nature, so when I went to Nightfest earlier this week I decided to take along a second camera and do some photos with a longer exposure. 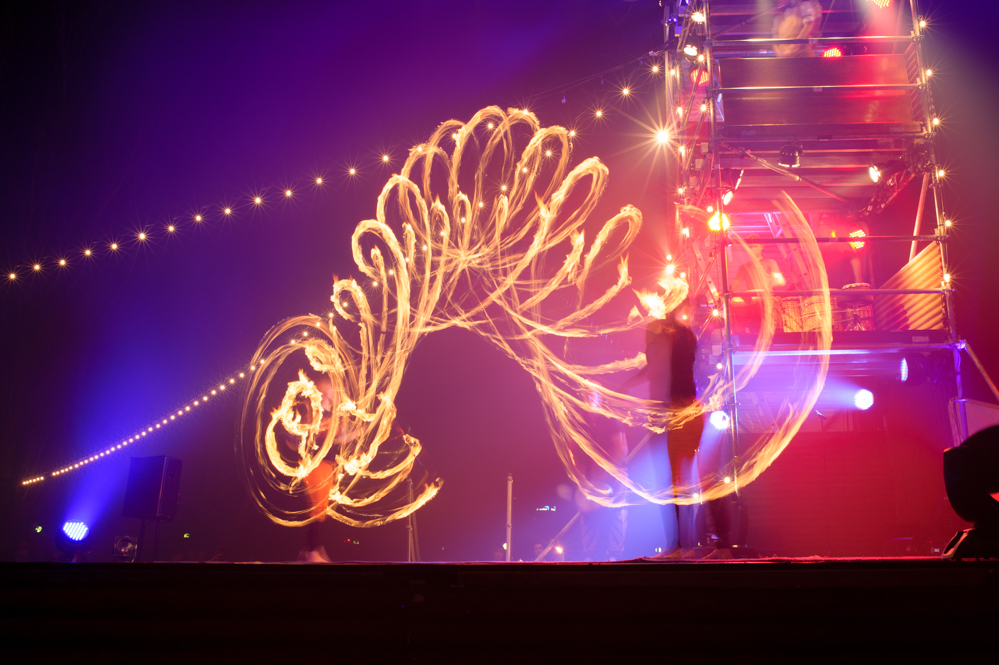 The first circus act for the evening was the Cirquaholics with a glow acrobatic performance. 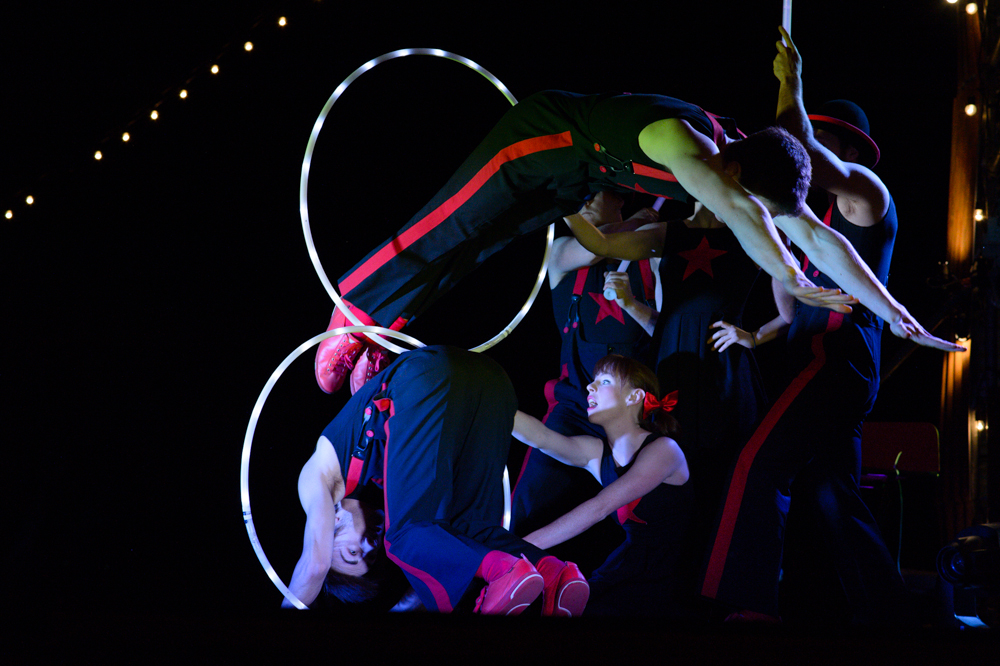 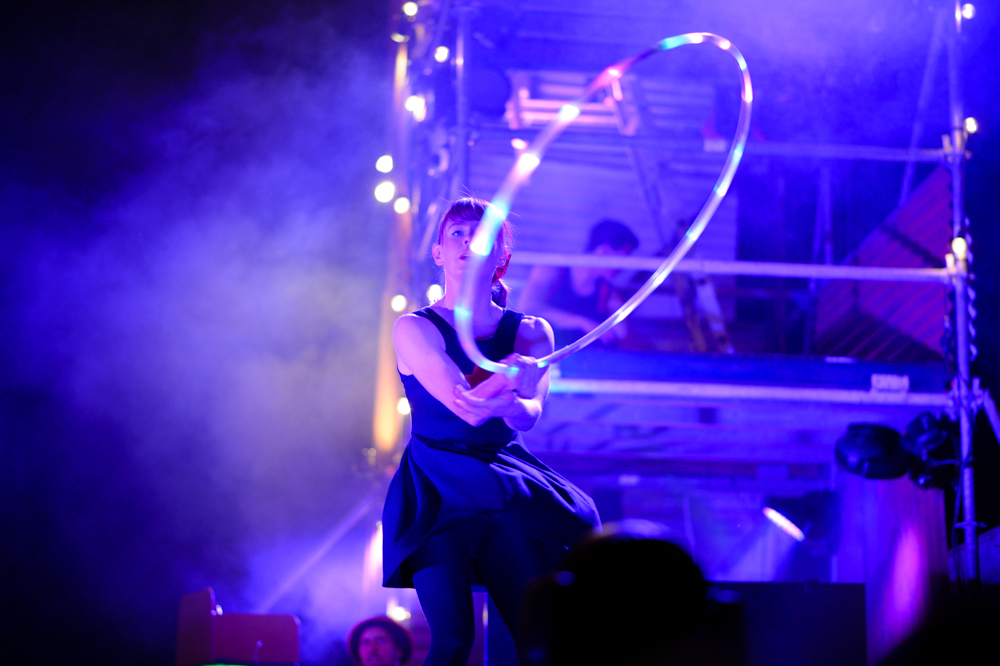 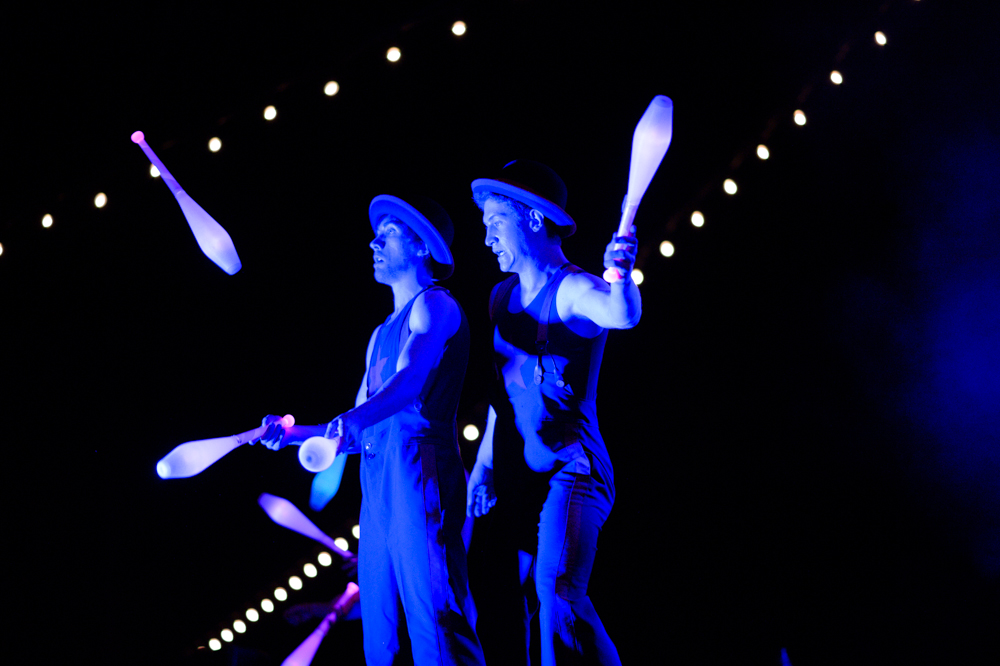 When photographing an act it helps if you've photographed the performers previously, as you get used to their timing and how the act is likely to flow.

This is particularly so when it comes to longer exposures, otherwise you end up with a jumbled mess of light (you'll always get some photos of this) without any nice patterns, so ideally you want to set the exposure length to something similar to how long a particular move takes, then trigger it at the beginning. Not as easy to do as you would think, and the timing is nearly always a little off.

Another thing to try and capture are moves where the performers face and body is not moving much, while the movement of the hands and legs creates the trails. 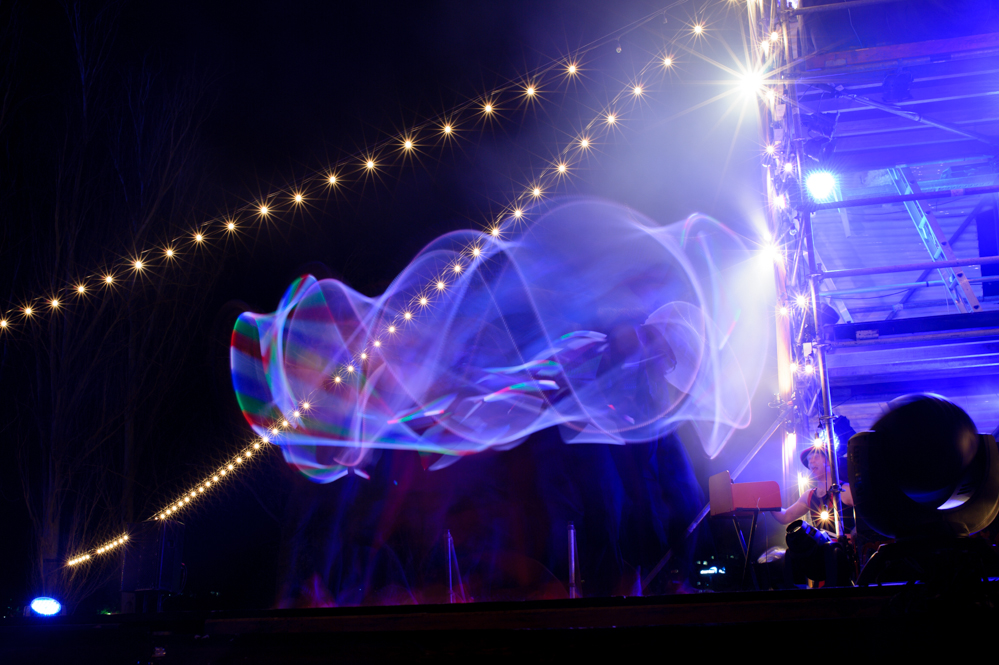 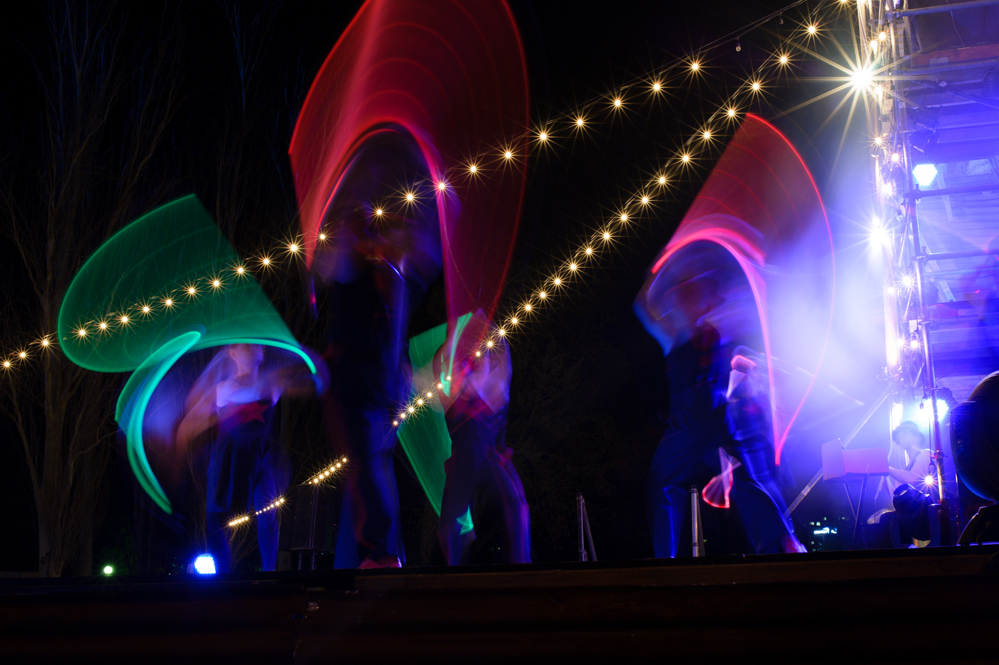 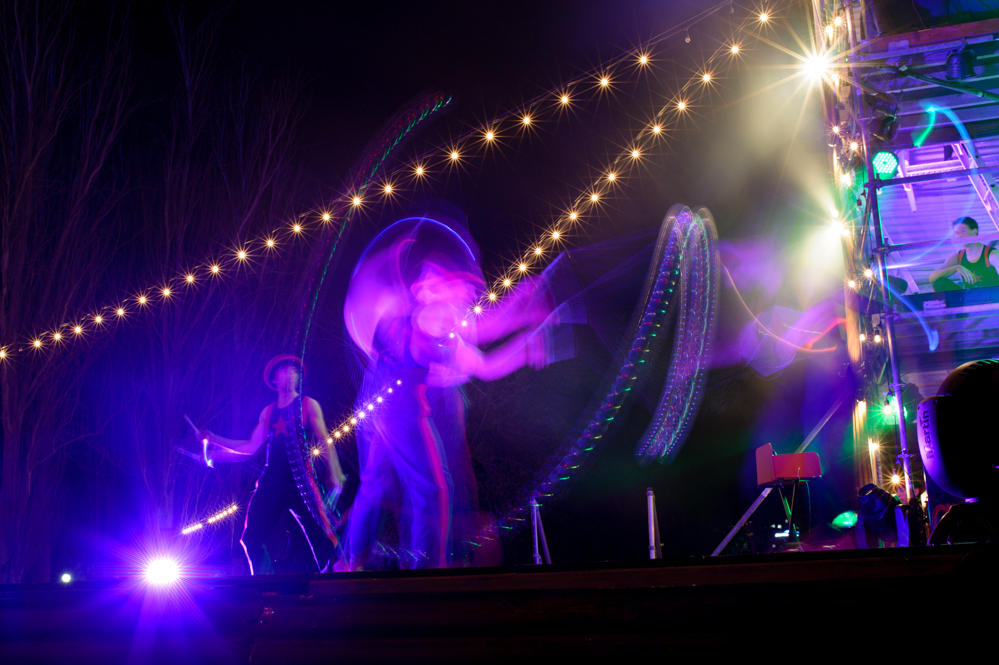 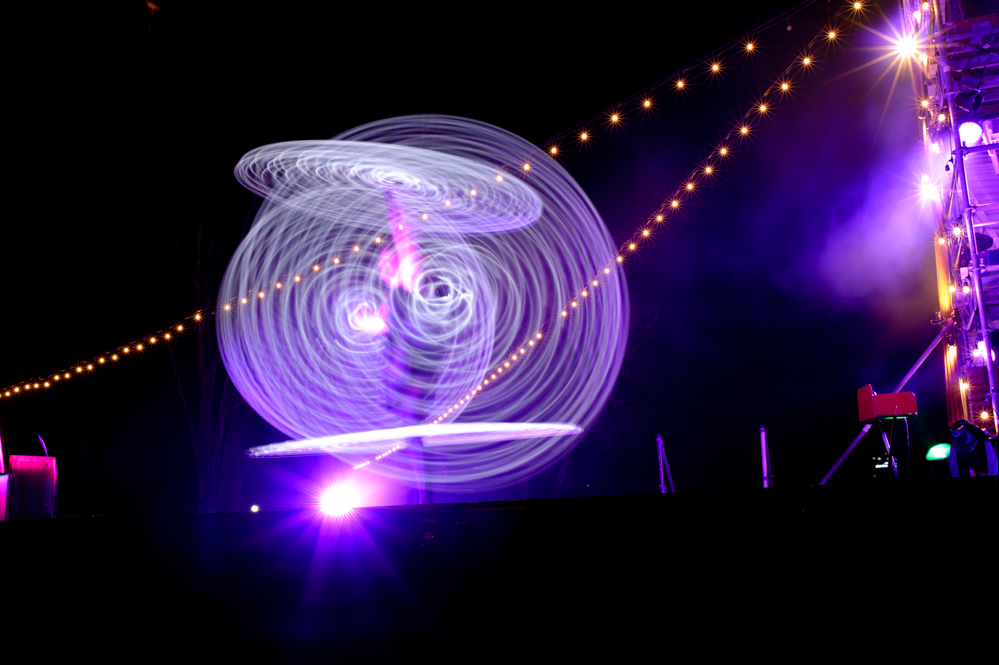 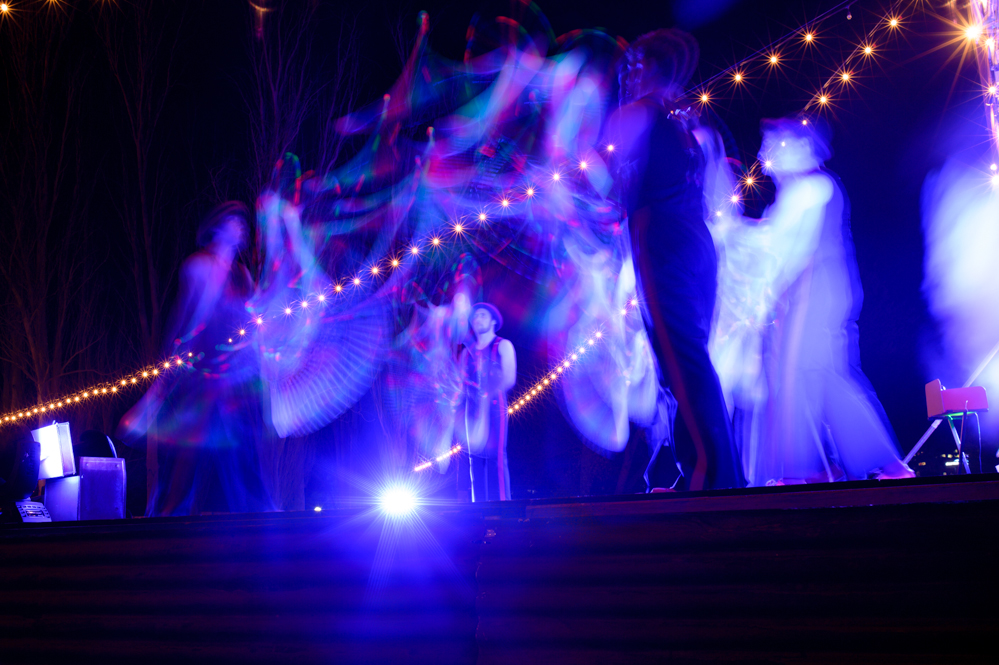 Next up were the Barrelhouse sisters with their "Mini Complete Old Time Music Hall" act. 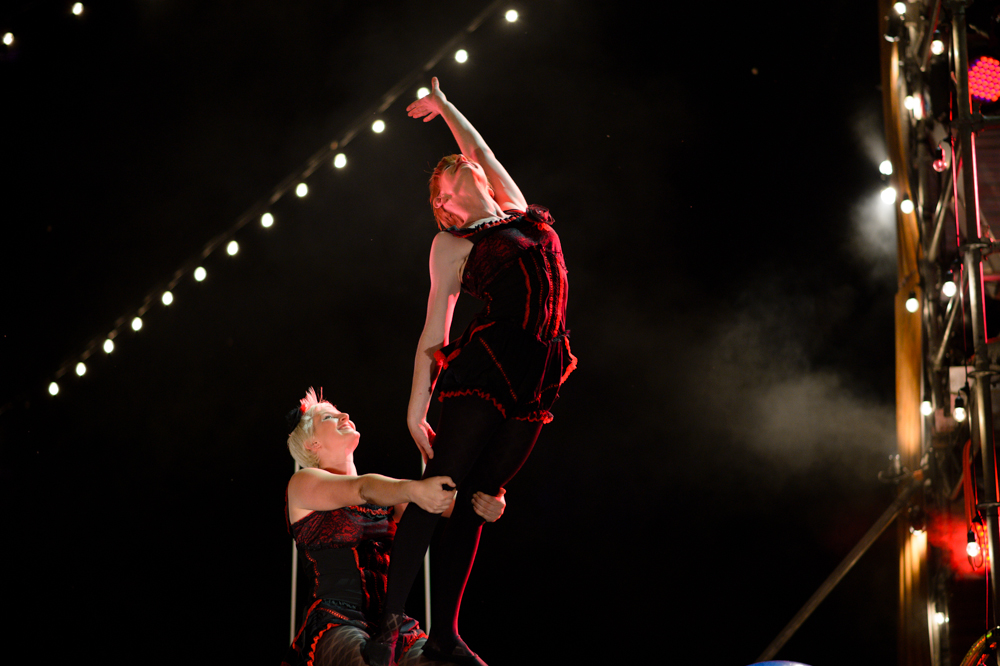 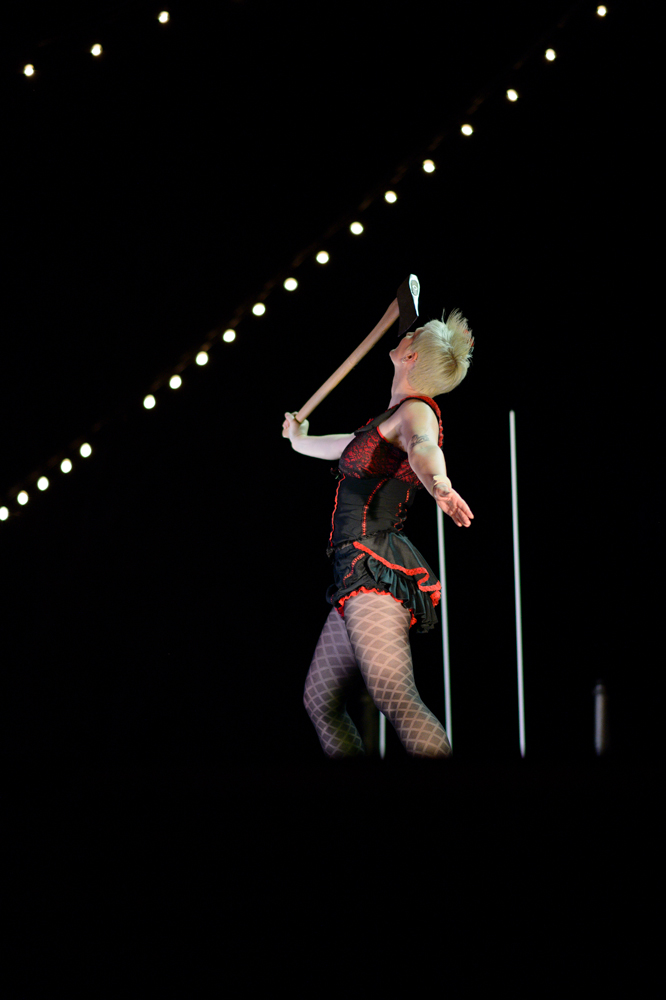 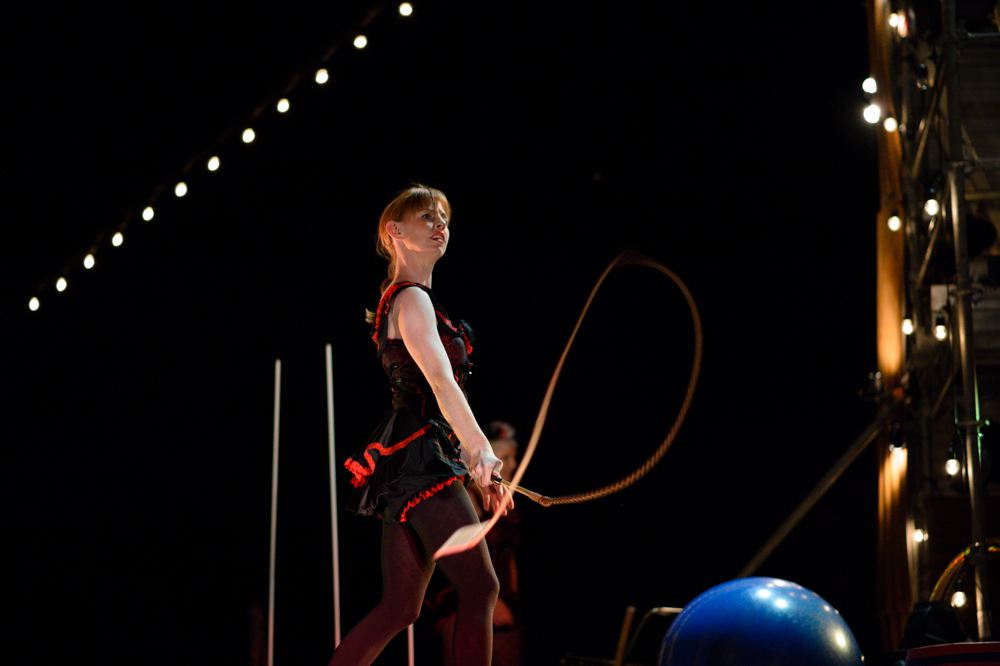 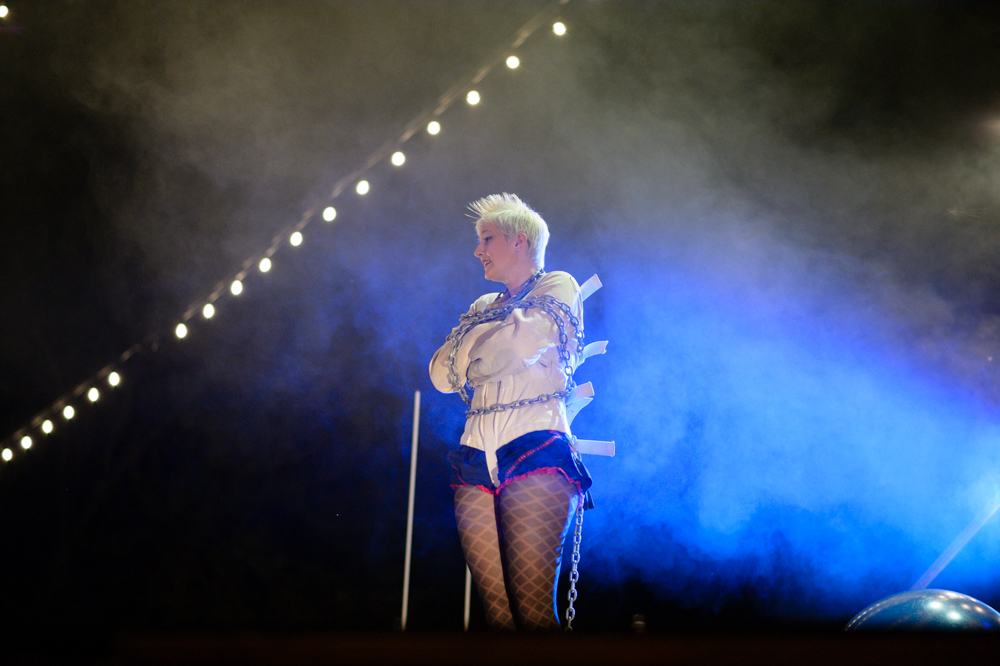 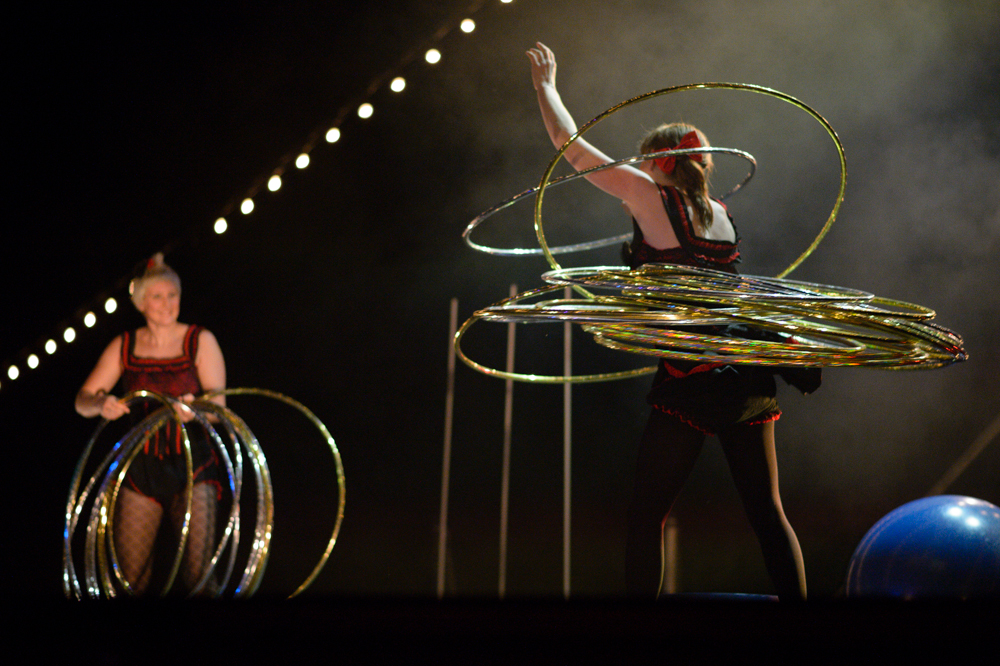 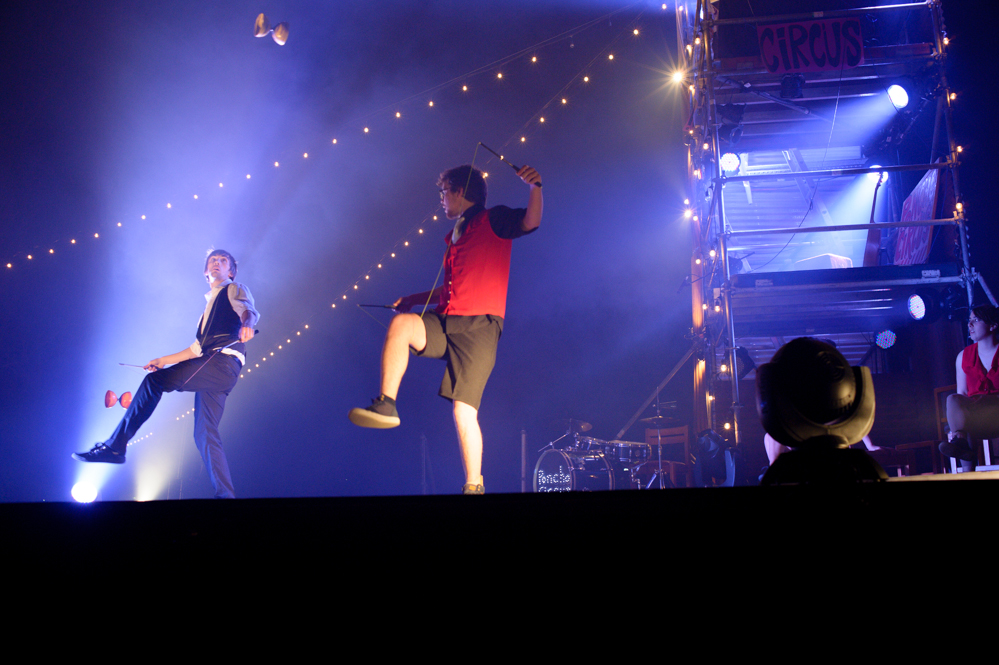 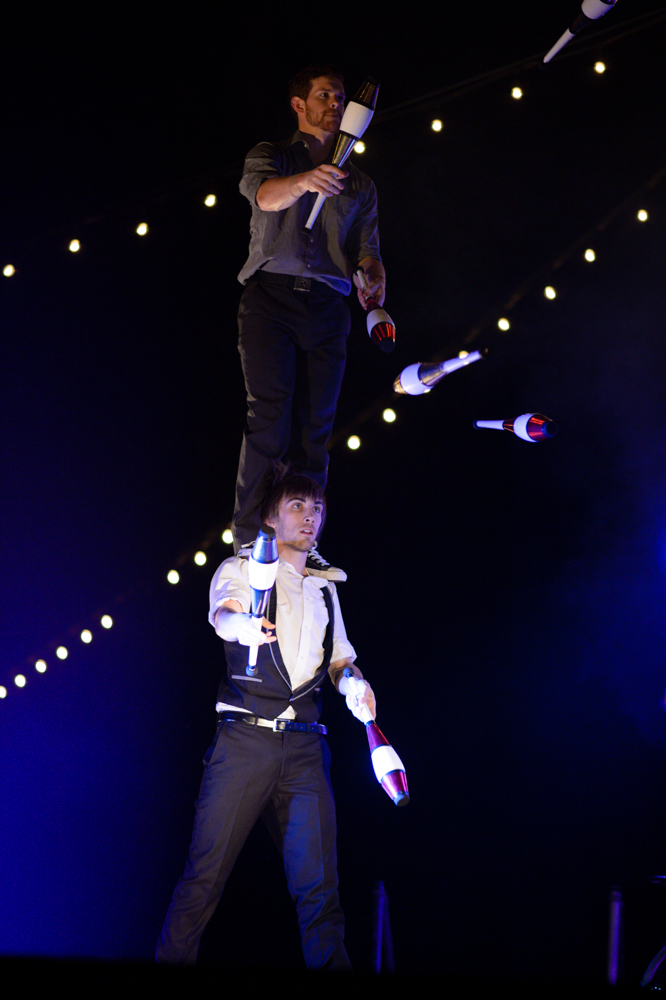 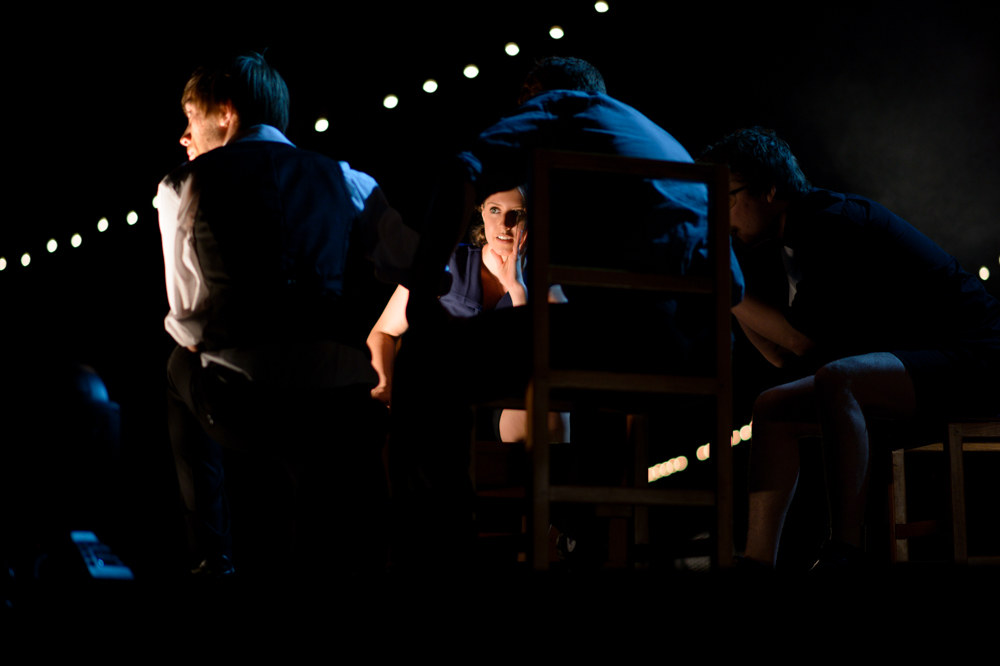 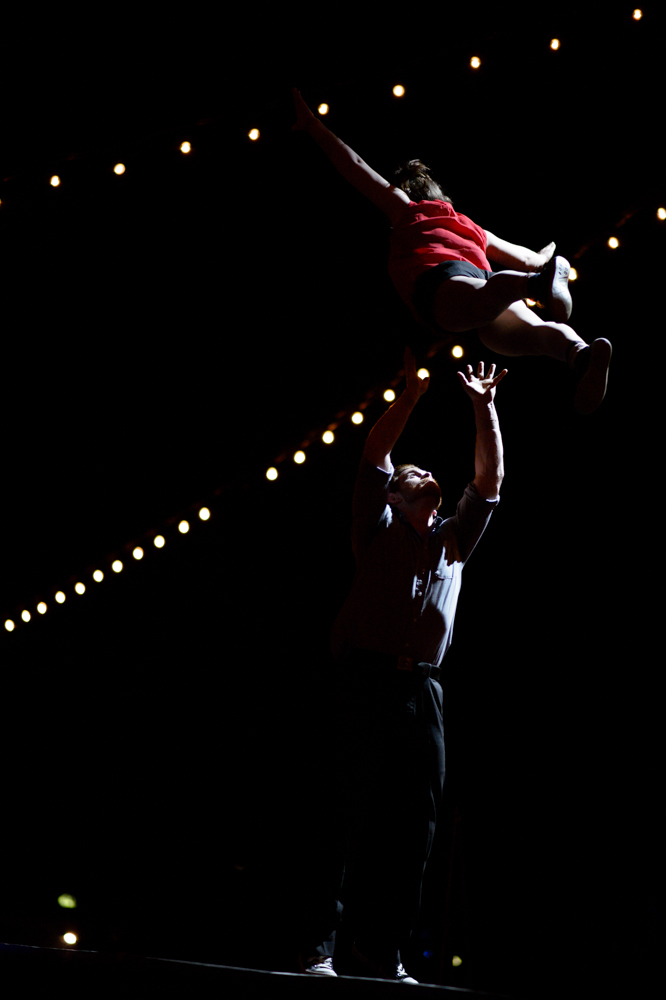 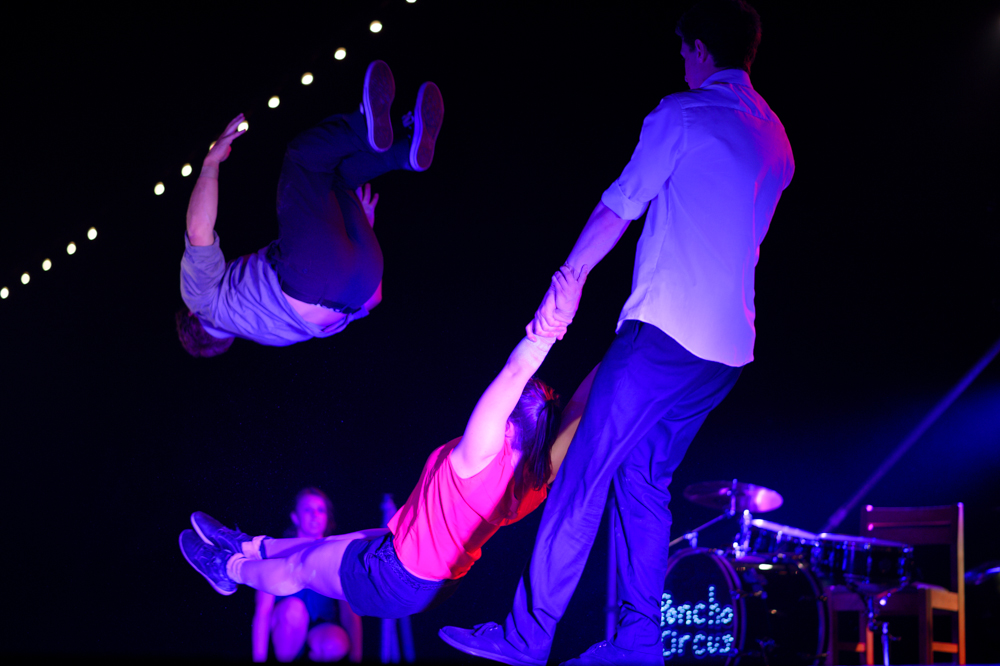 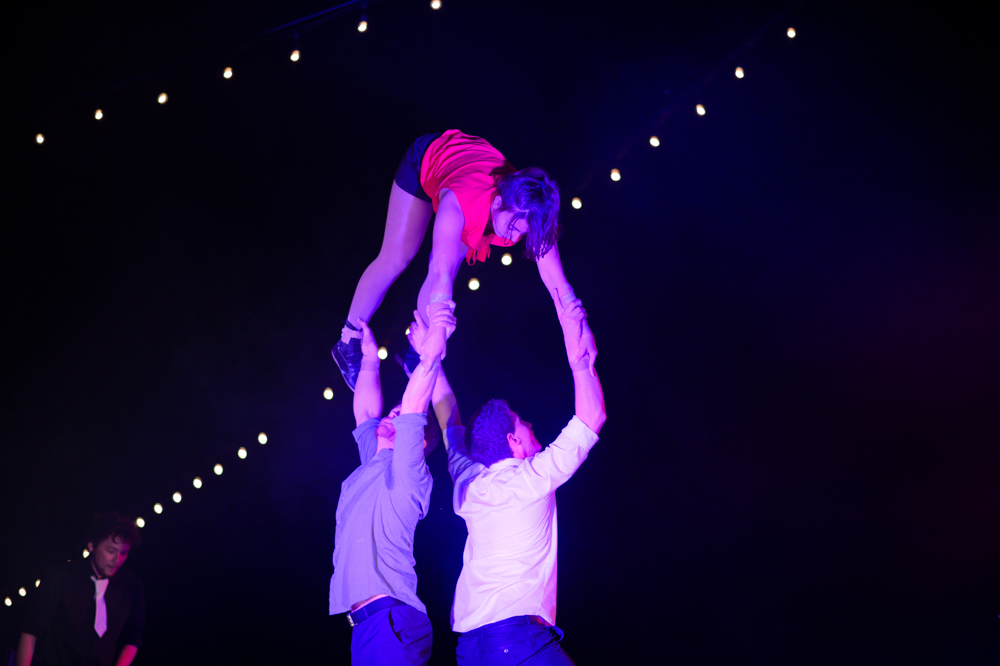 The Grand Finale was Drumassault and the Fireflies. 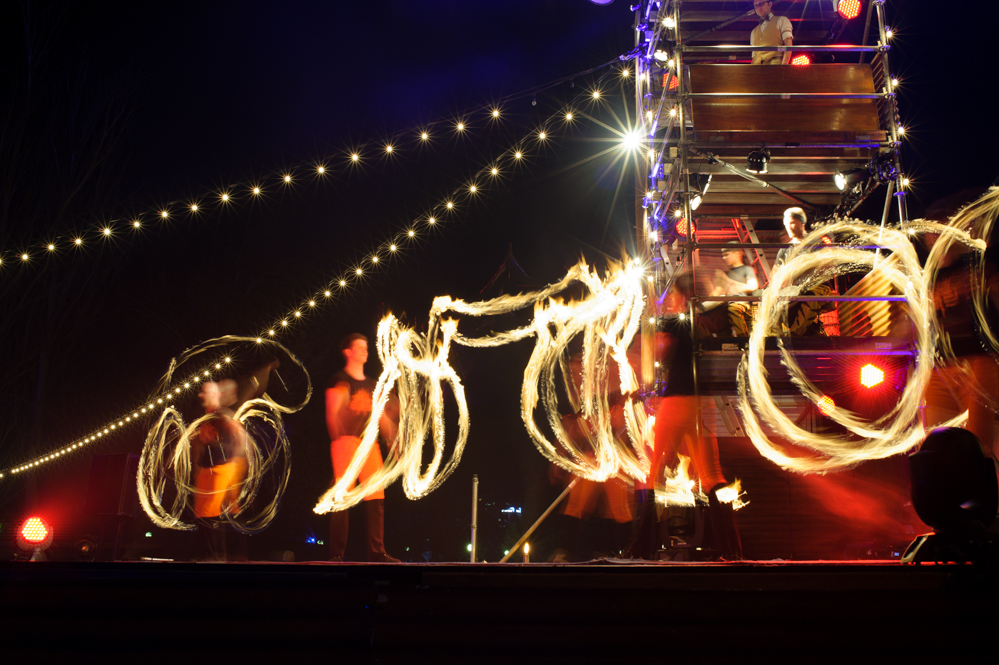 As usual at these types of shows I took far too many photos. After my initial cull, I got down to around 600 photos from the night that I liked and processed. After a lot of thought I managed to cut them down to just under 90 that I thought best. Bringing those down to just 27 to put in the blog was even harder - I was trying to limit it to 20, but couldn't do it. 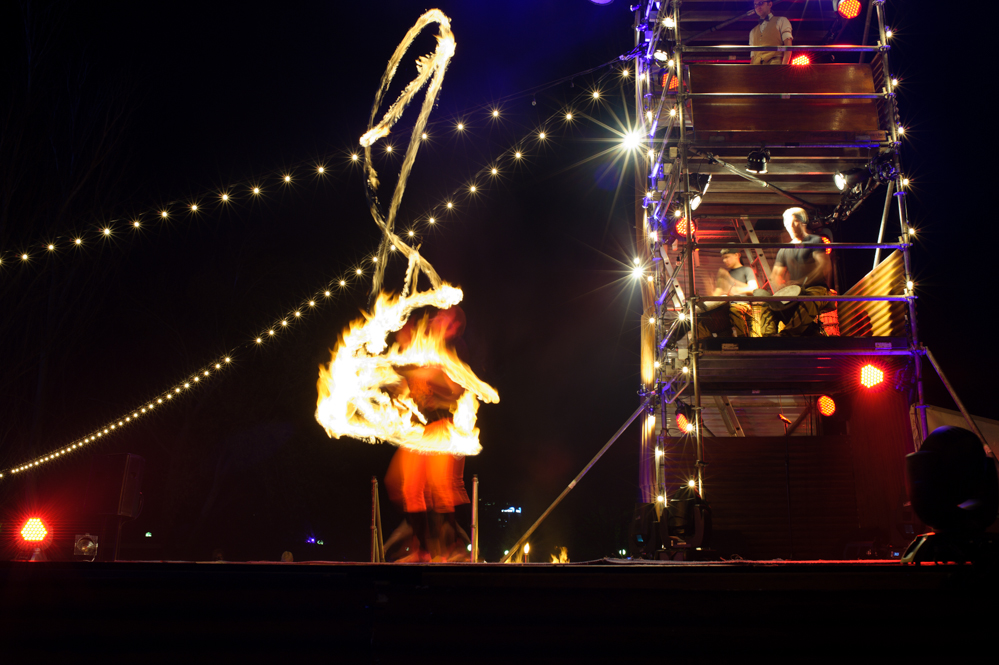 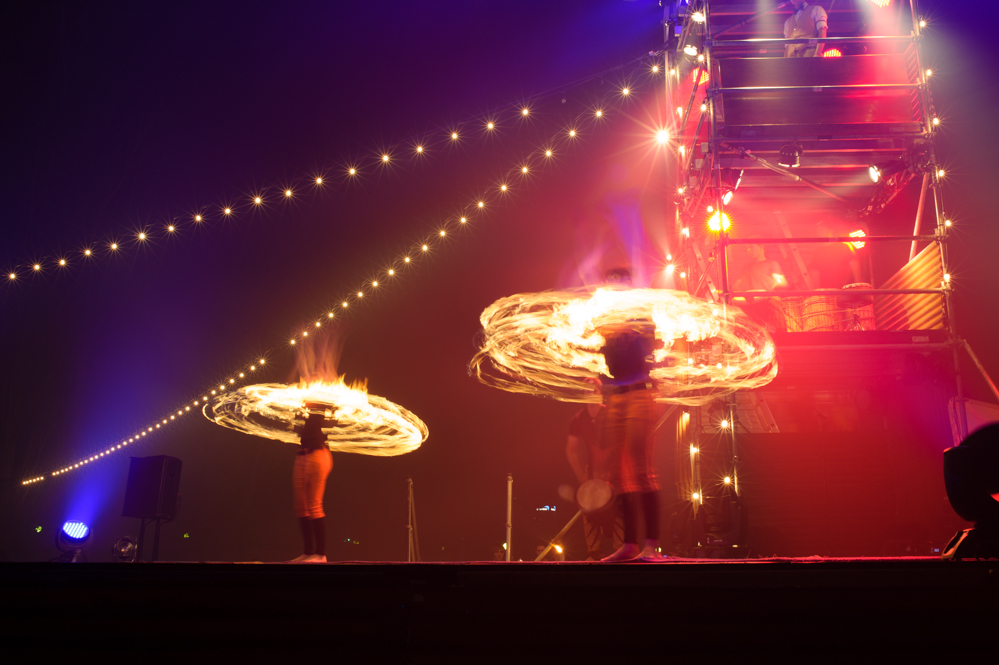 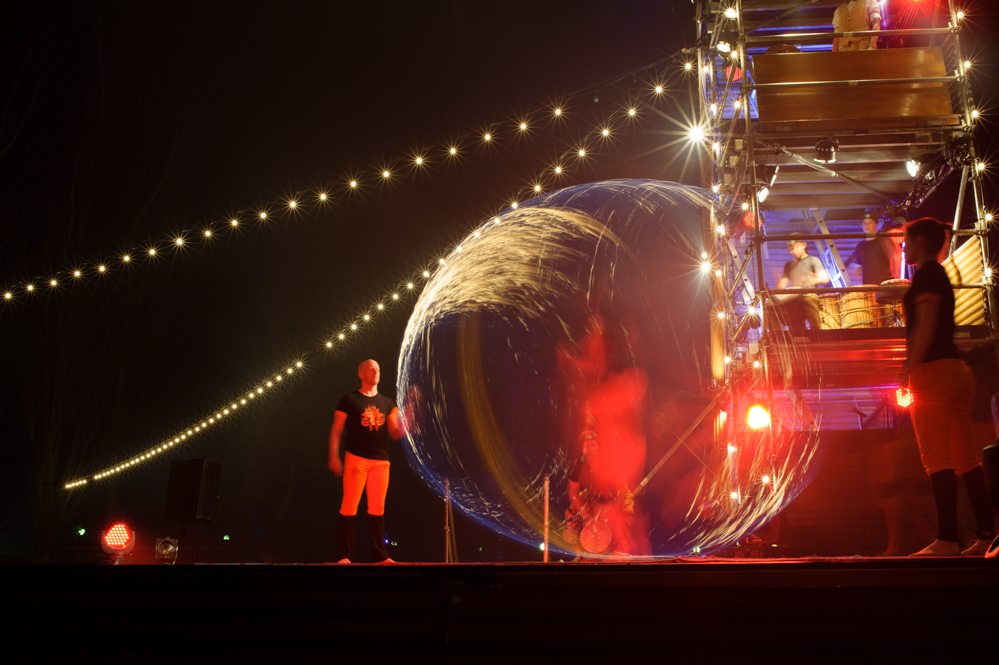 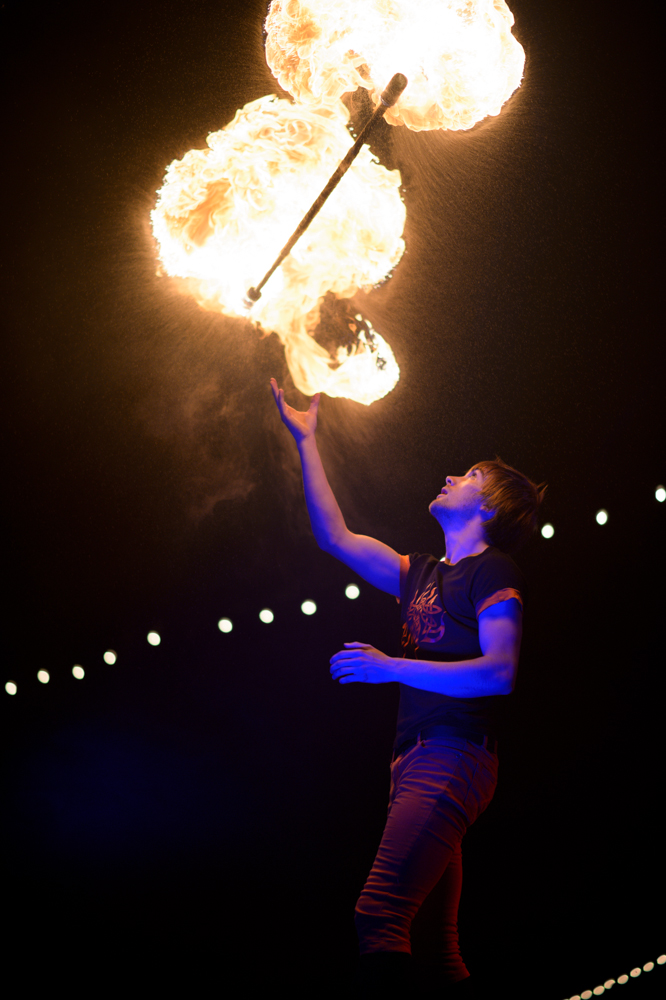 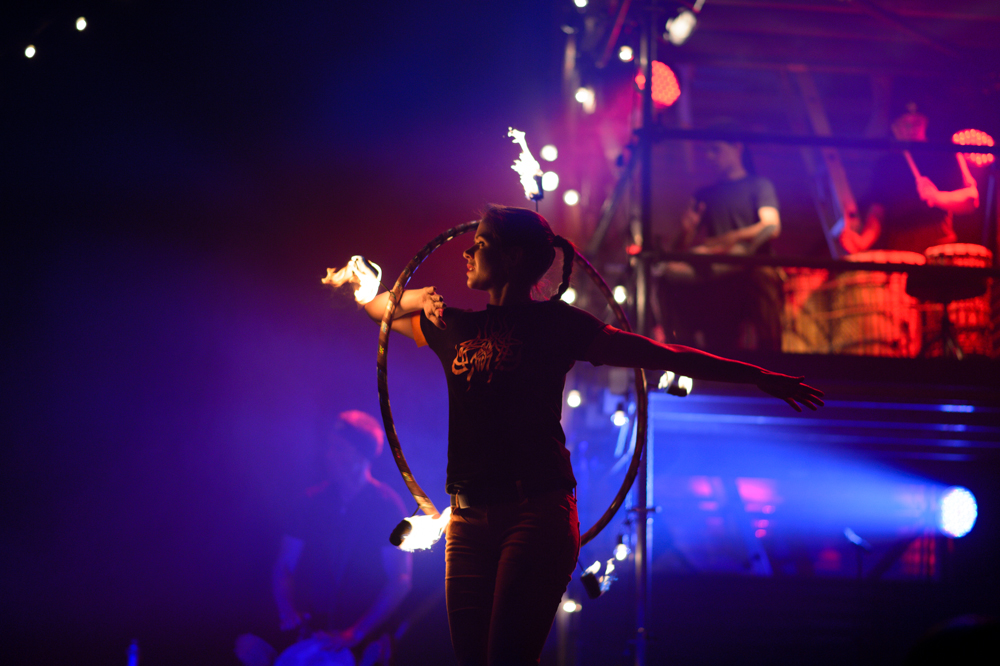 All of these acts perform regularly around Canberra, if you get the chance to see them, you should do so. Floriade Nightfest finishes Sunday the 29th of September and the weather looks like it will be good if a little chilly, so rug up if you go. 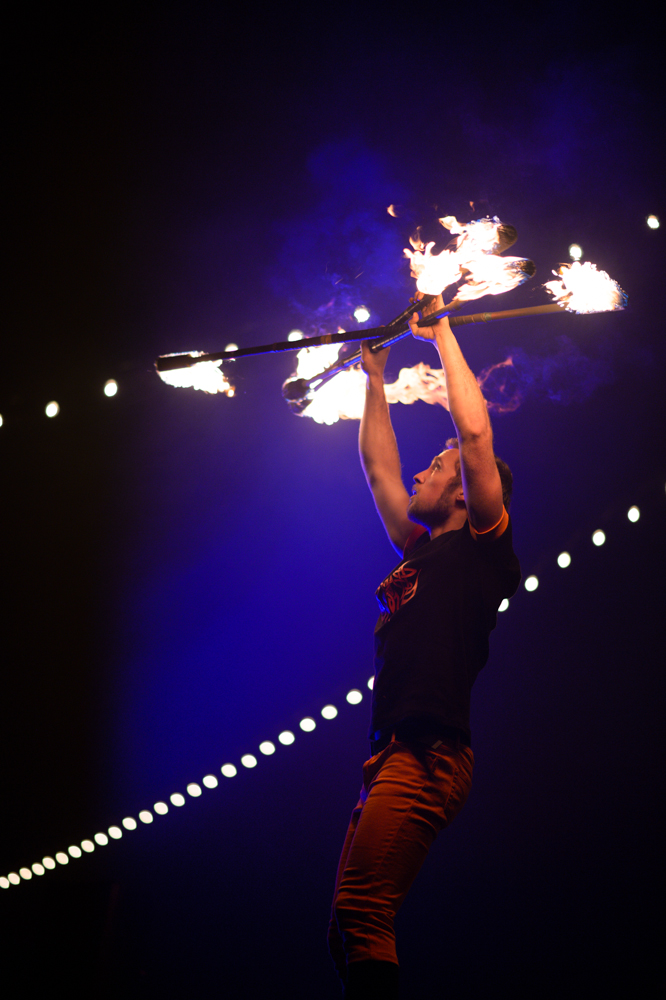