Being a model puts you into a vulnerable position (I know there will be some models that disagree with that statement), not just during the photo shoot, but with what happens to the photos afterwards. Sure you can have a written agreement with a photographer, that doesn't mean that they follow it. Then you have the Internet, once a photo is out there you have no control over where it ends up.

As a photographer I try to always keep that in mind, especially when it comes to art nude and fetish photography. Which is why I decided early on to try not to ask models to do anything I wouldn't be willing to do myself, and to occasionally put myself in their place. Given that I am really uncomfortable having my photo taken, that's not always an easy thing to do. (Don't worry, no GWC dick photos in this post)

My mother (Hi Mum :) ) sometimes worries about my reputation. She worries that I might have problems at work, or that people will talk about me unkindly, or that we'll get arrested during a photo shoot somewhere public.

To an extent it's a valid concern. Most photographers who do portrait, wedding, family or commercial work would see having a blog linking their personal work with their business as a kiss of death. Which is why when they do do art nudes, fetish, erotica or other similar types of photography they usually try and keep them as separate as possible.

There's often an assumption, especially for males, that anyone who does those types of photography is just a GWC (Guy With a Camera) wanting to see boobies.

Some photographers who do both will use a different name for the different types of work in order to keep the separation.

All of this applies even more so to models and the ones who work in nude and fetish can find a lot of bigotry surrounding what they do, along with difficulty finding different work later in life.

Personally, I never used to put my name online. A search for me brought back no useful results. I liked my privacy (I still do). It was only when I started taking photography seriously that I decided to start attaching my name to my photos for two reasons, one for copyright, the other to help build trust.

It's difficult enough to meet someone you don't know, in a place you've never been, and then to pose for them without knowing their name. If you know their real name, you can at least check them out in a bit more detail before meeting them.

Anyway, I'm rambling so on to the photos. 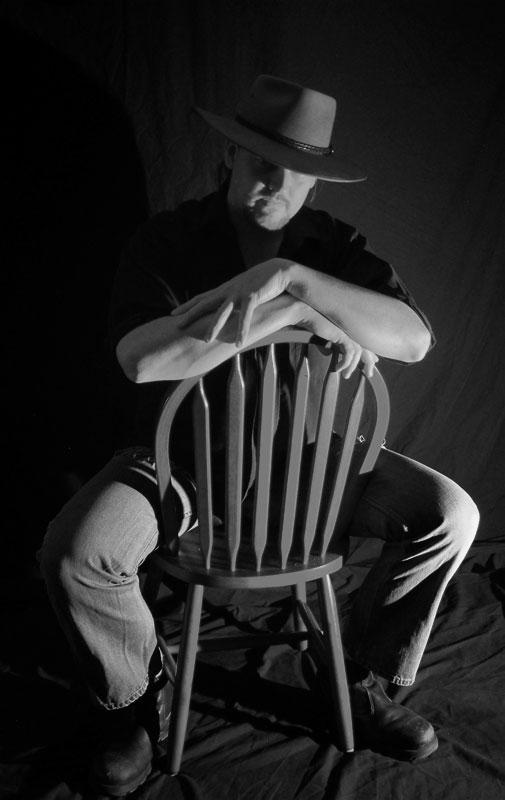 As well as putting myself in the model's place I use self portraits to try out new techniques. The one on the chair above was from my first attempt at doing portraiture. I was using a small desk lamp and my old point and shoot camera resting on a table. It didn't turn out too badly. Around the same time I did a nude based on the "Creation of Adam" and posted it on line. It was okay, but not great. It's around somewhere if you really want to find it.

When I got my first DSLR I tried again, same light, trying different expressions. I usually dislike the way my face appears in photos, and while I can pose other people okay, I have great difficultly in working out poses for myself. 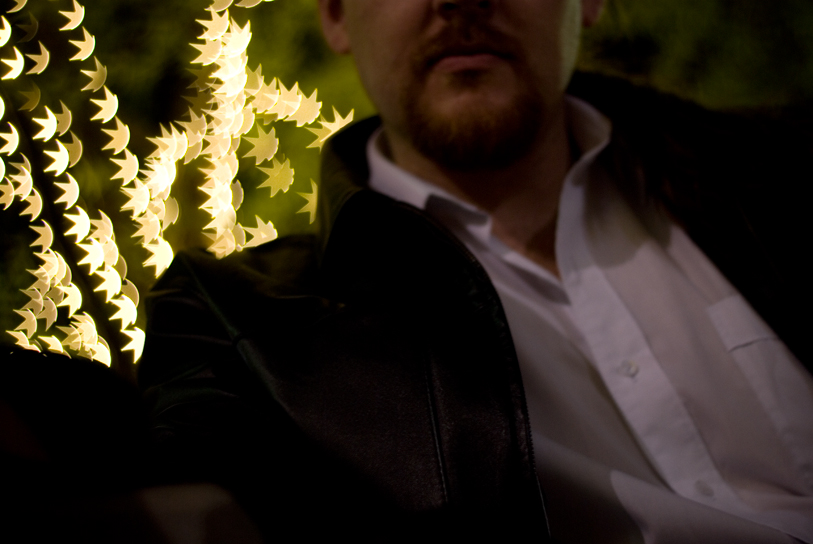 Later I took part in the Canon photo 5 comp (even though I use Nikon). They had a little cutout that you place over the lens, that allows the star effect on the lights in the background, I think I was holding the camera on my knee trying to get enough of myself in frame and in focus without being able to see what I was doing. I quite like it even if I did chop my face in half. 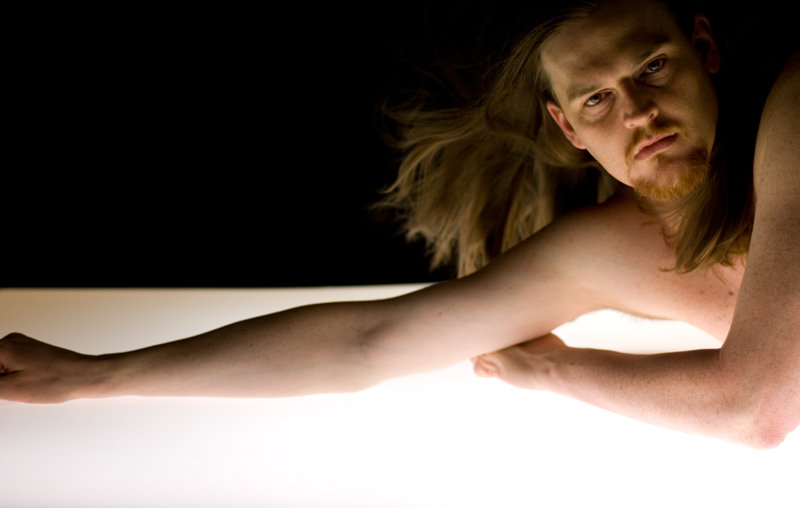 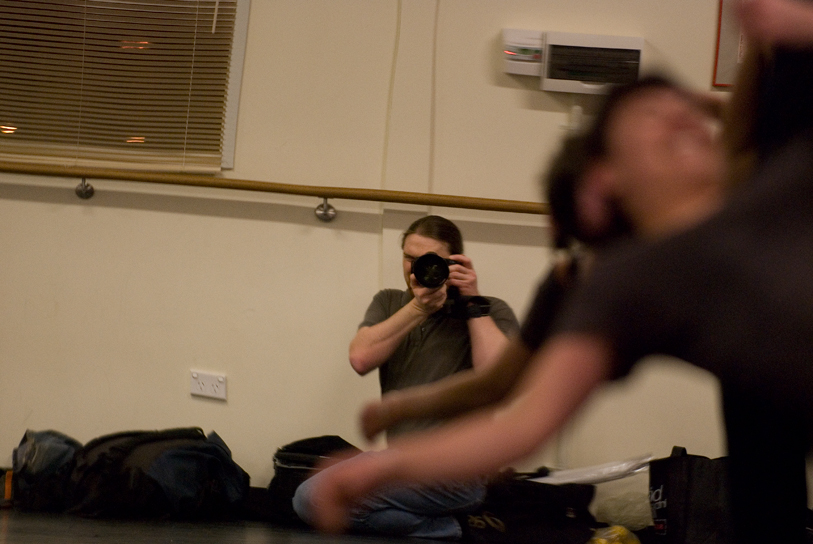 In the post with Dollybeck I mentioned the light box, this was my first attempt at taking a photo with it, to see if it worked the way I thought.

Sometimes, by luck or purpose you manage to get a self portrait at unexpected times. 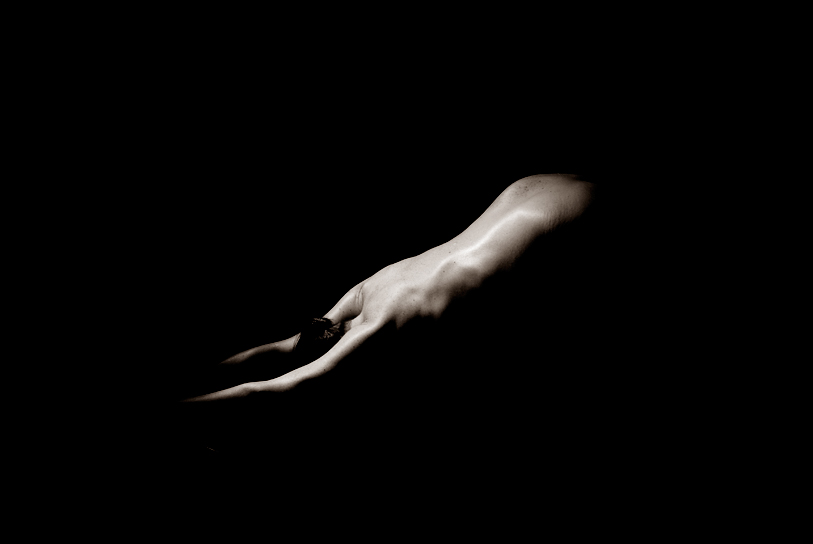 This was an early attempt at working out how to light with a single flash. If I remember correctly I had someone else do the framing and "button pushing" on this one under my direction. I'd look at the photo, then go adjust the lighting and settings etc. 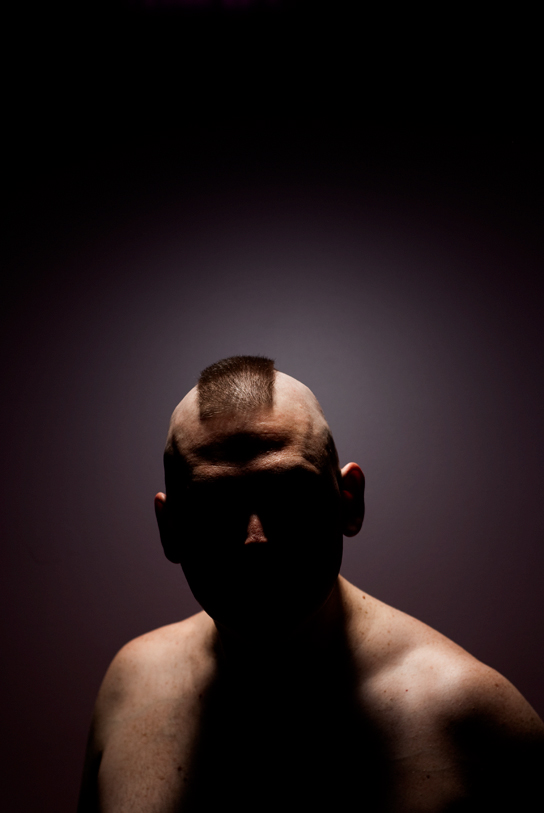 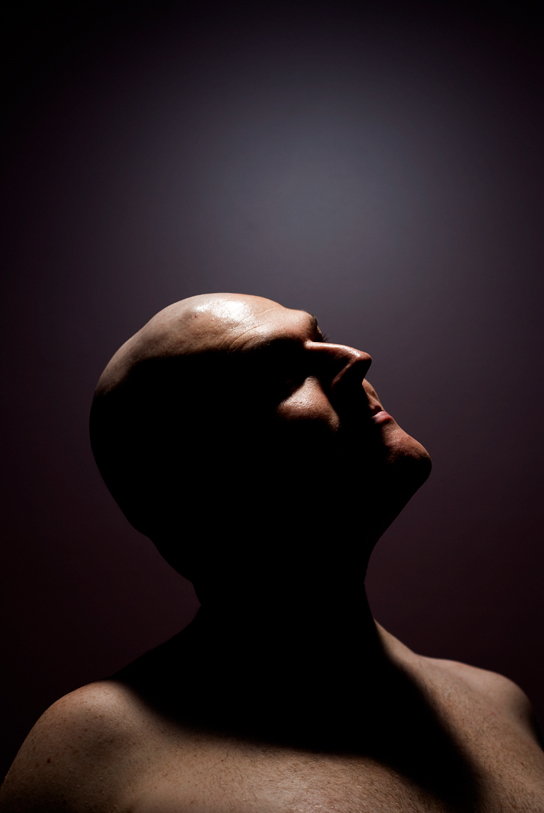 A few years back I chopped off my hair as part of shave for a cure. They don't shave you completely bald on the day, so I let it grow a little bit, then chopped it into a mohawk for a few photos, then completely shaved it for a few more. It was a bit of a different look for me. 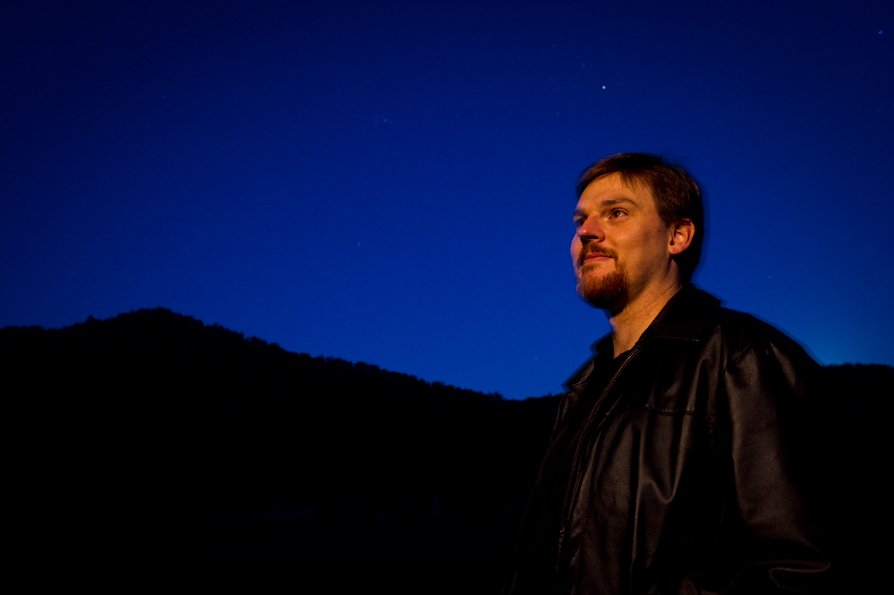 Here I was trying to refine the sunset/night photos with a flash against the background ambient lighting. 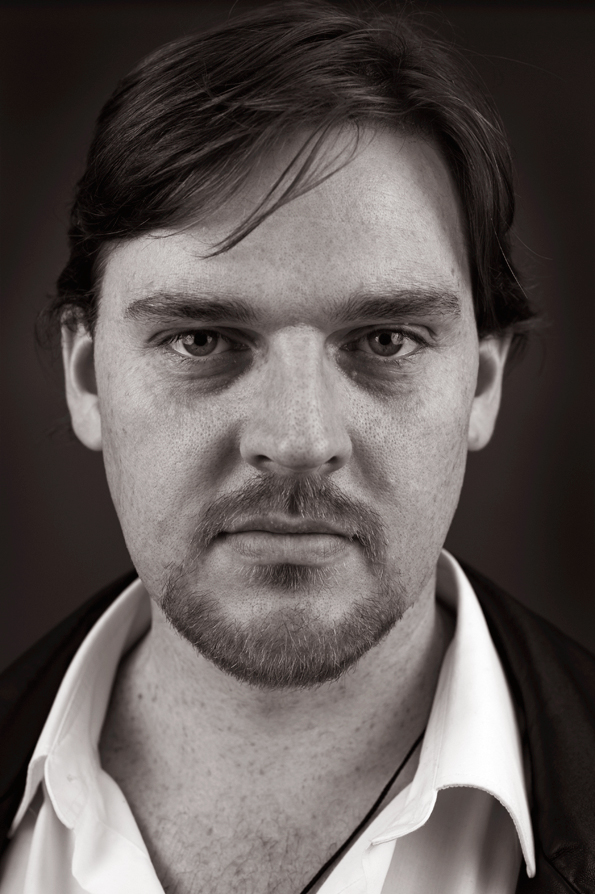 Now this, this is the reason why if you are sick on the day of a shoot, even if it's just a cold, I want you to call me up and postpone (I also don't want to get sick myself, as someone who has asthma I tend to get sick very easily). I can't recall why I decided to take this photo, but I was sick and it shows. 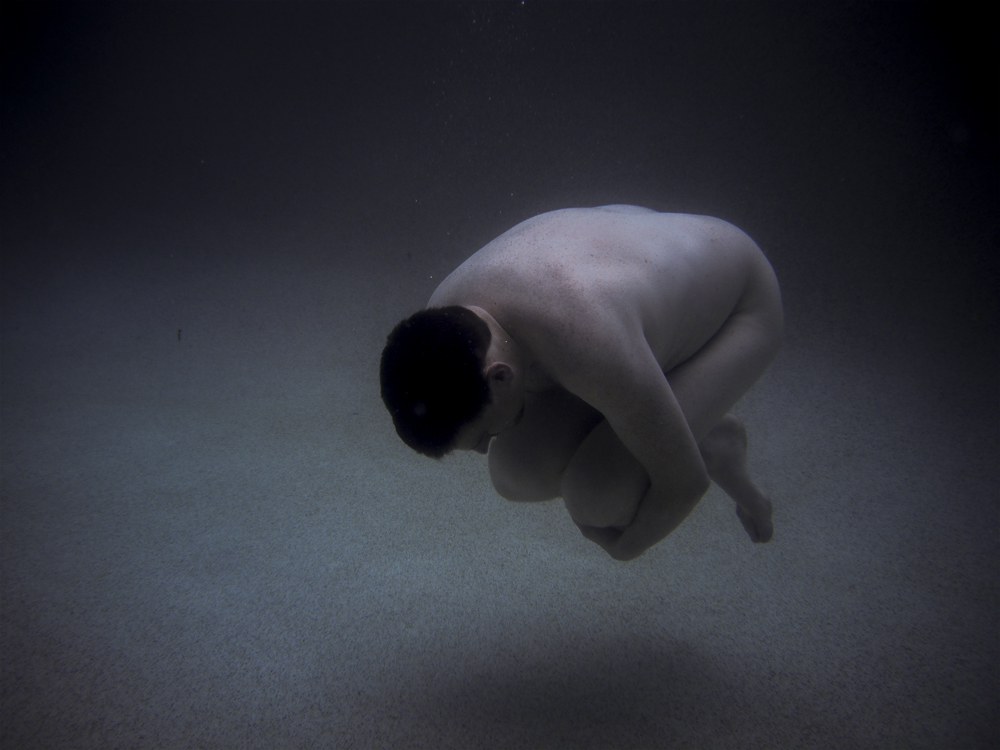 I wanted to find out what it was like to model underwater, so volunteered to pose for a photographer who wanted to work out how to take underwater photos before working with a model.

The answer is it's hard, really hard, but the results are usually worth it. Mostly the results of this particular shoot pointed out to me that I was much more overweight than I thought at the time (though not all that obvious in this particular photo). 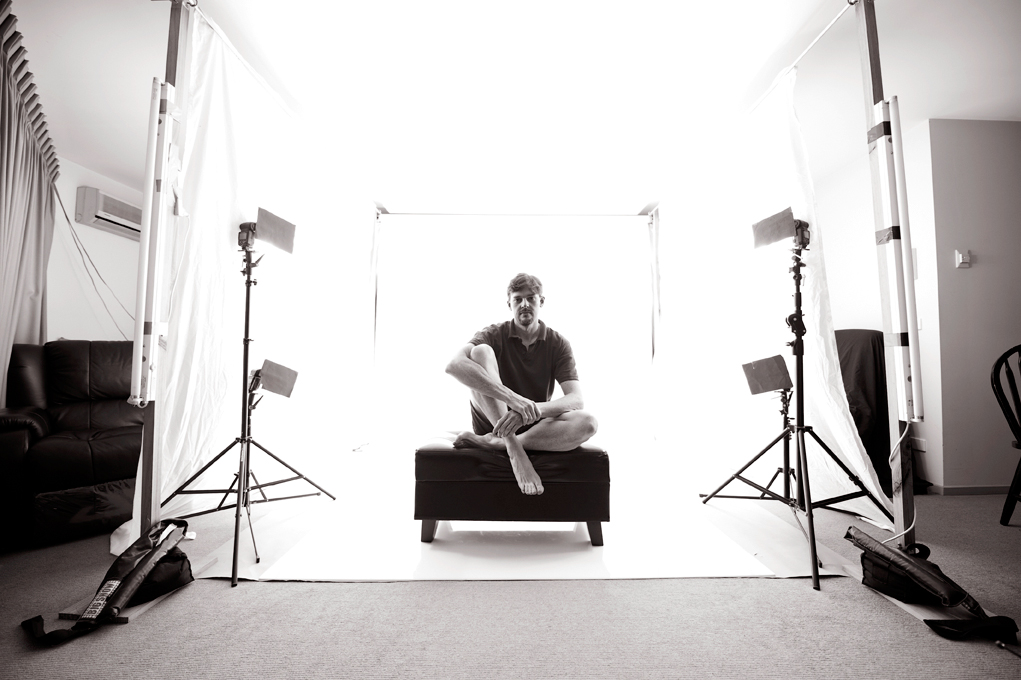 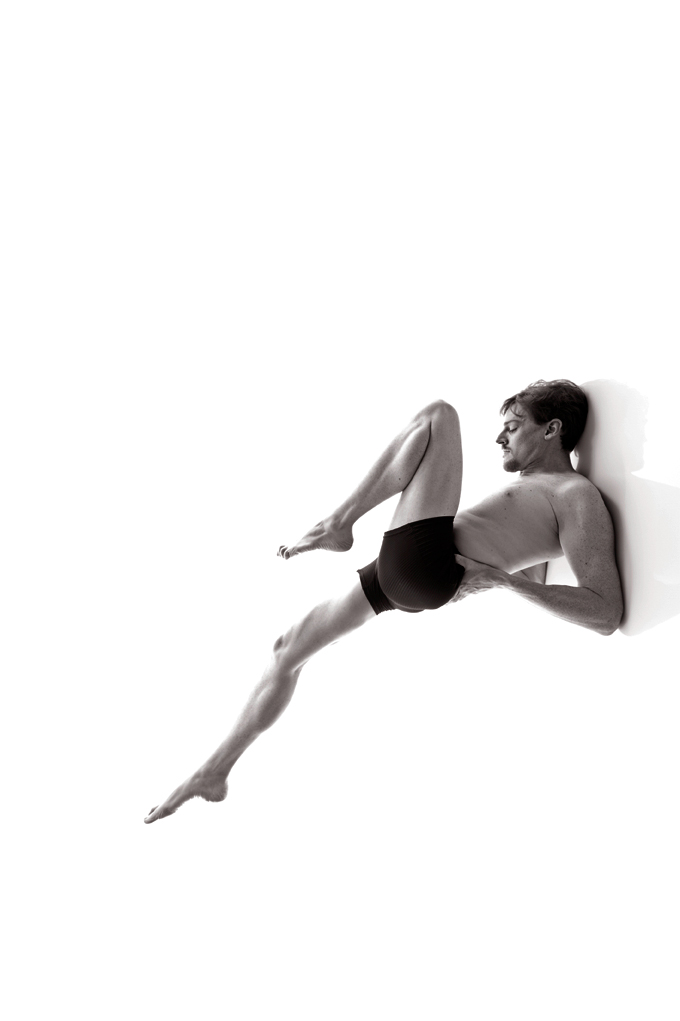 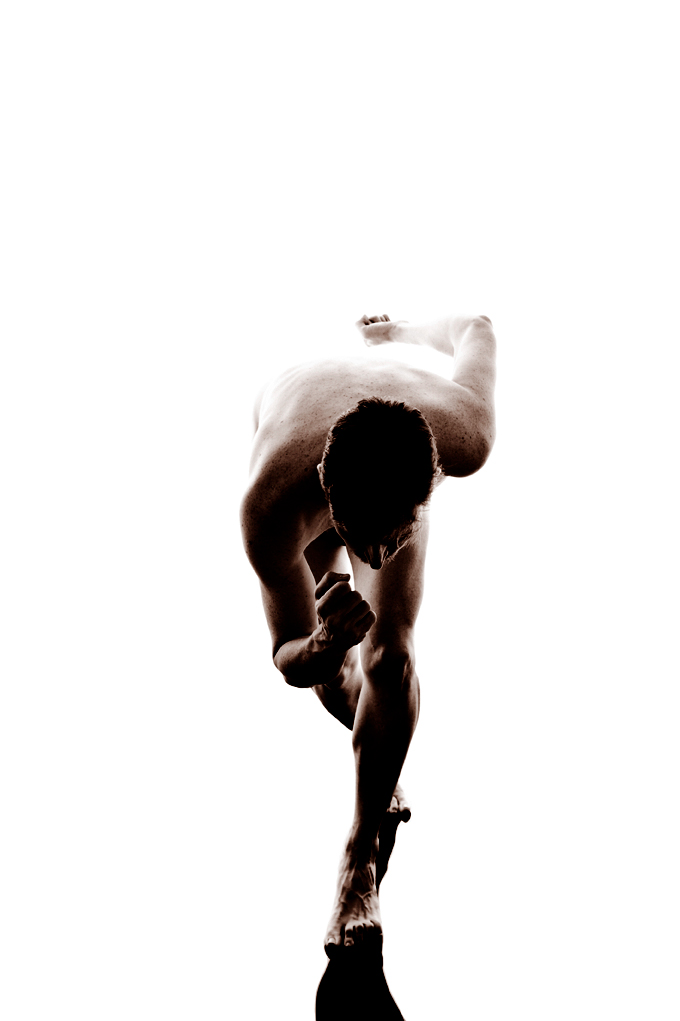 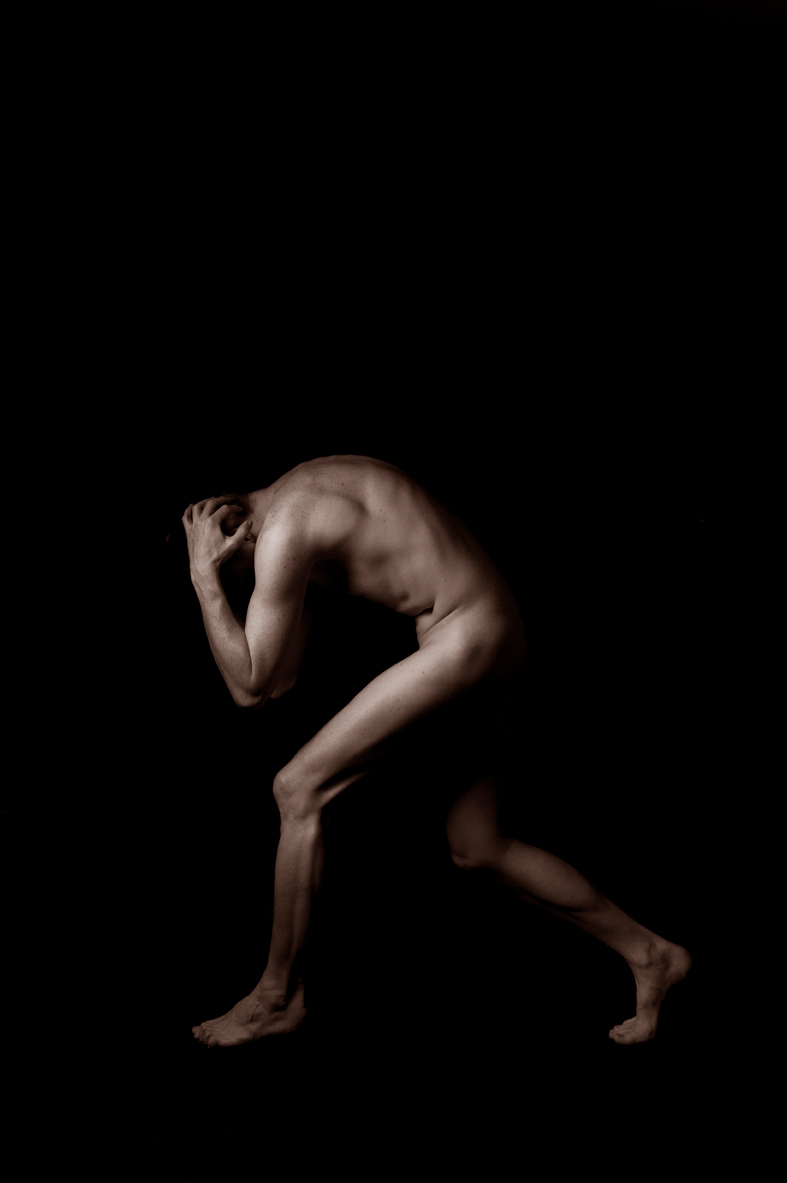 The one at the top is me in my "studio" which I use for most of my studio style portraits. Now my flatmate has moved out, it's not quite so crowded when I set it up. The photos after are from it in use. 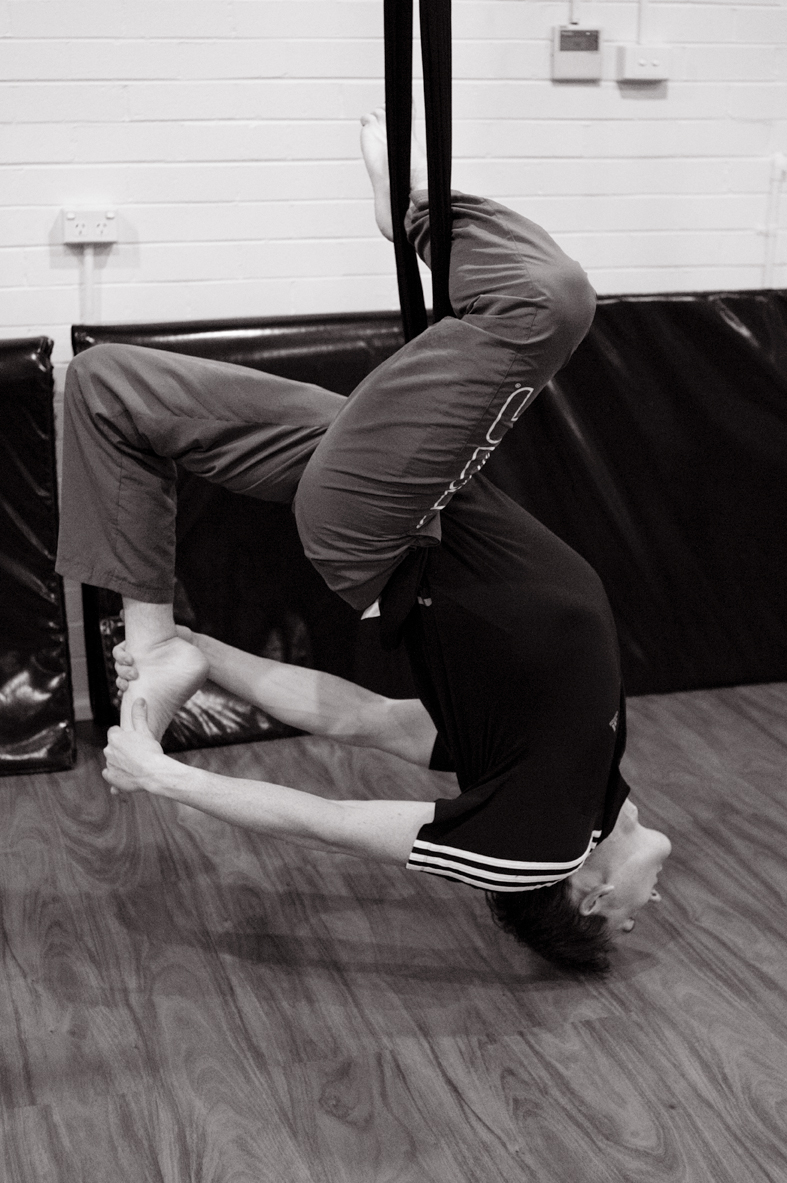 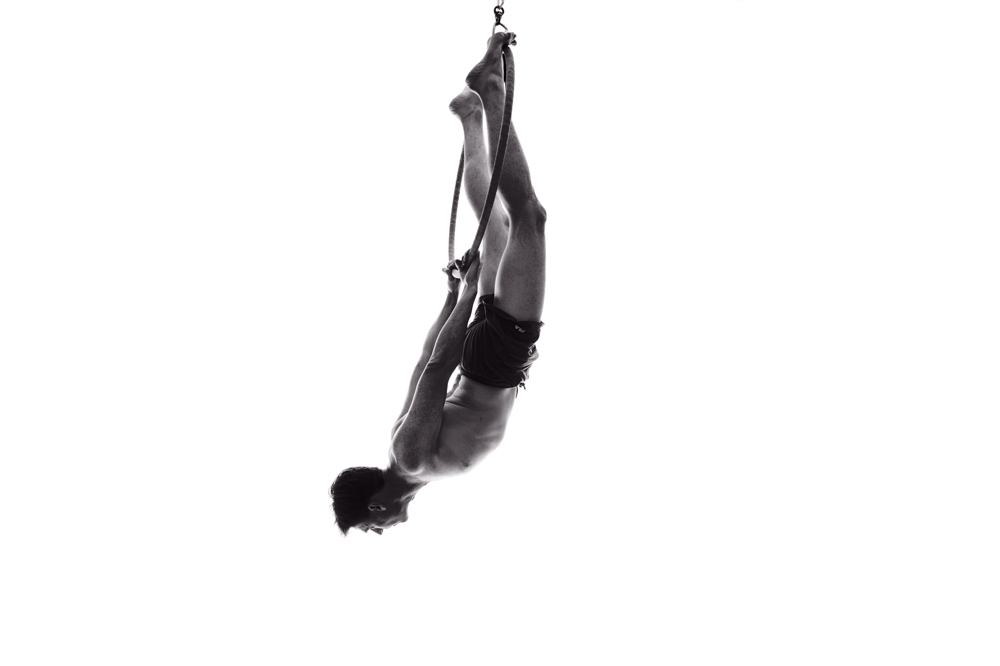 Last but not least, I like doing different aerial things, the first was taken by one of my instructors, the second was a timed test shot that I took when checking the lighting for a shoot. The last one that I "modeled" for was after I stuffed up when learning something new recently :)