On her recent trip to Australia I was able to photograph Cheryl's first underwater photo shoot which went quite well. 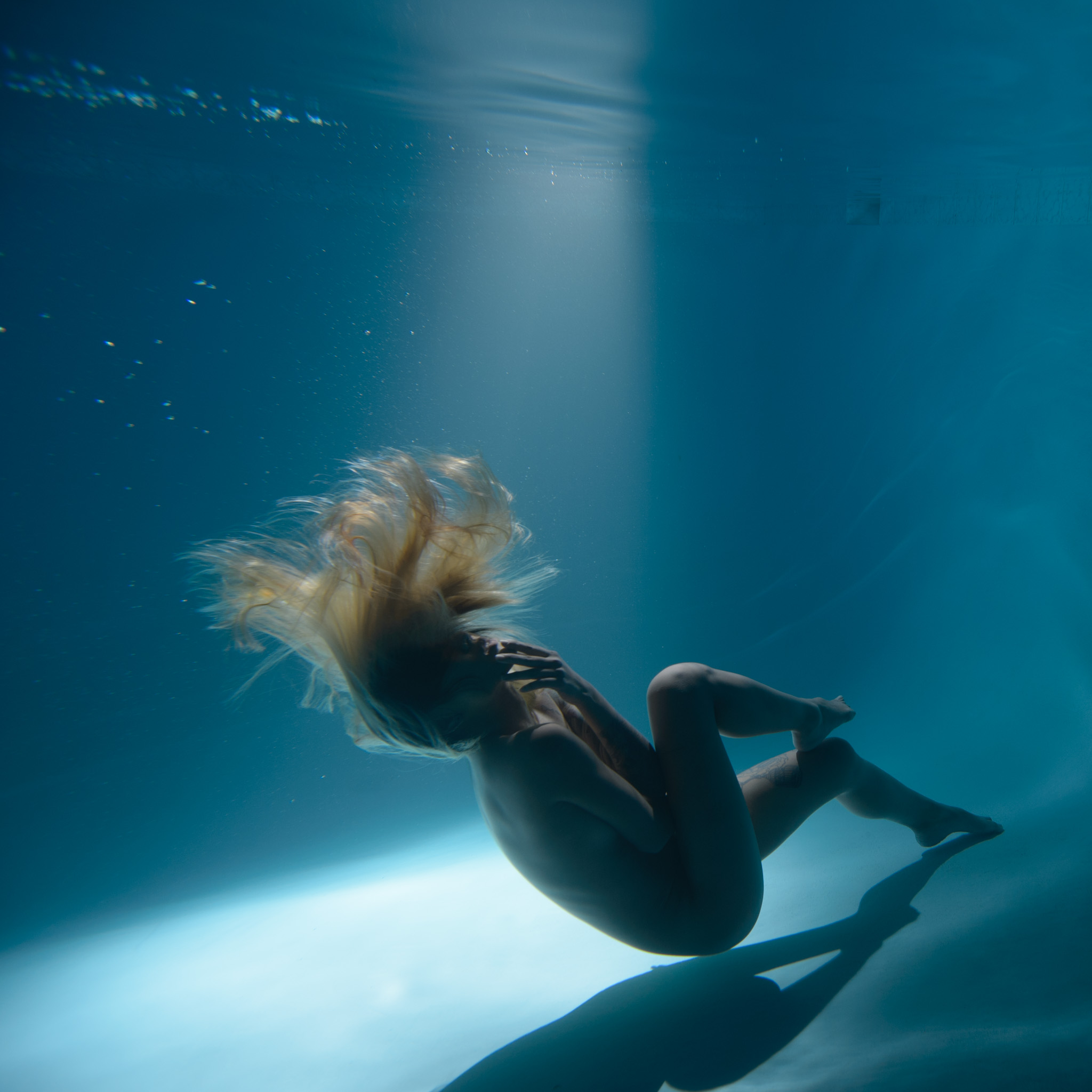 One of the things I like about underwater photography is how hair reacts, sure sometimes it can be a pain, but other times it does wonderful things. 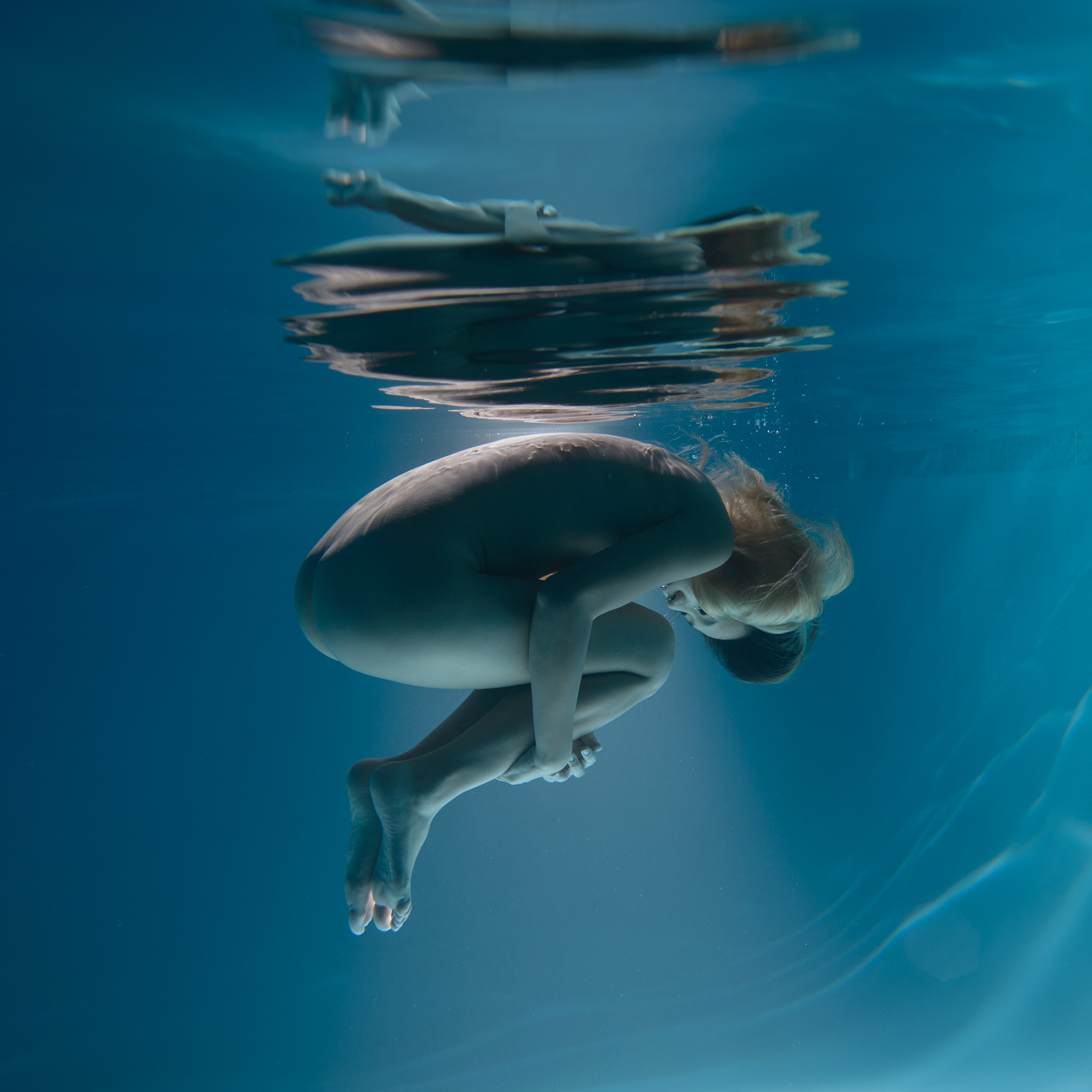 A bit of a side note, you'll see the tucked leg pose a lot in my underwater photo shoots, that's for a couple of reasons, it's usually safe for work so I can post it on various social media without censoring it. It also lets the model and I see how they float. Sometimes people sink, sometimes they float, sometimes they hover. There will usually be some rotation (but not always), so the person will end up either face up, or face down. It's quite interesting to see how everyones body reacts differently. 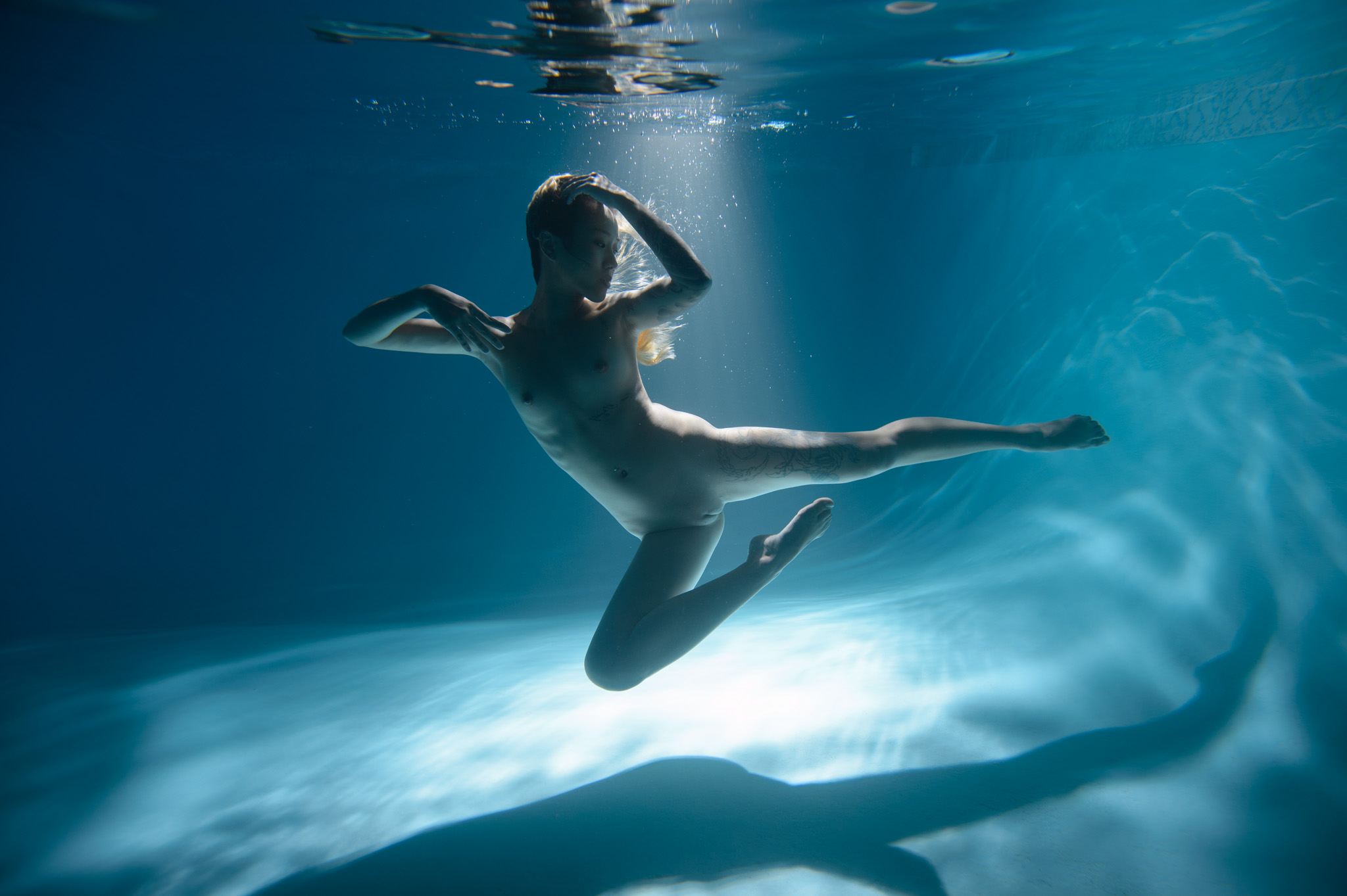 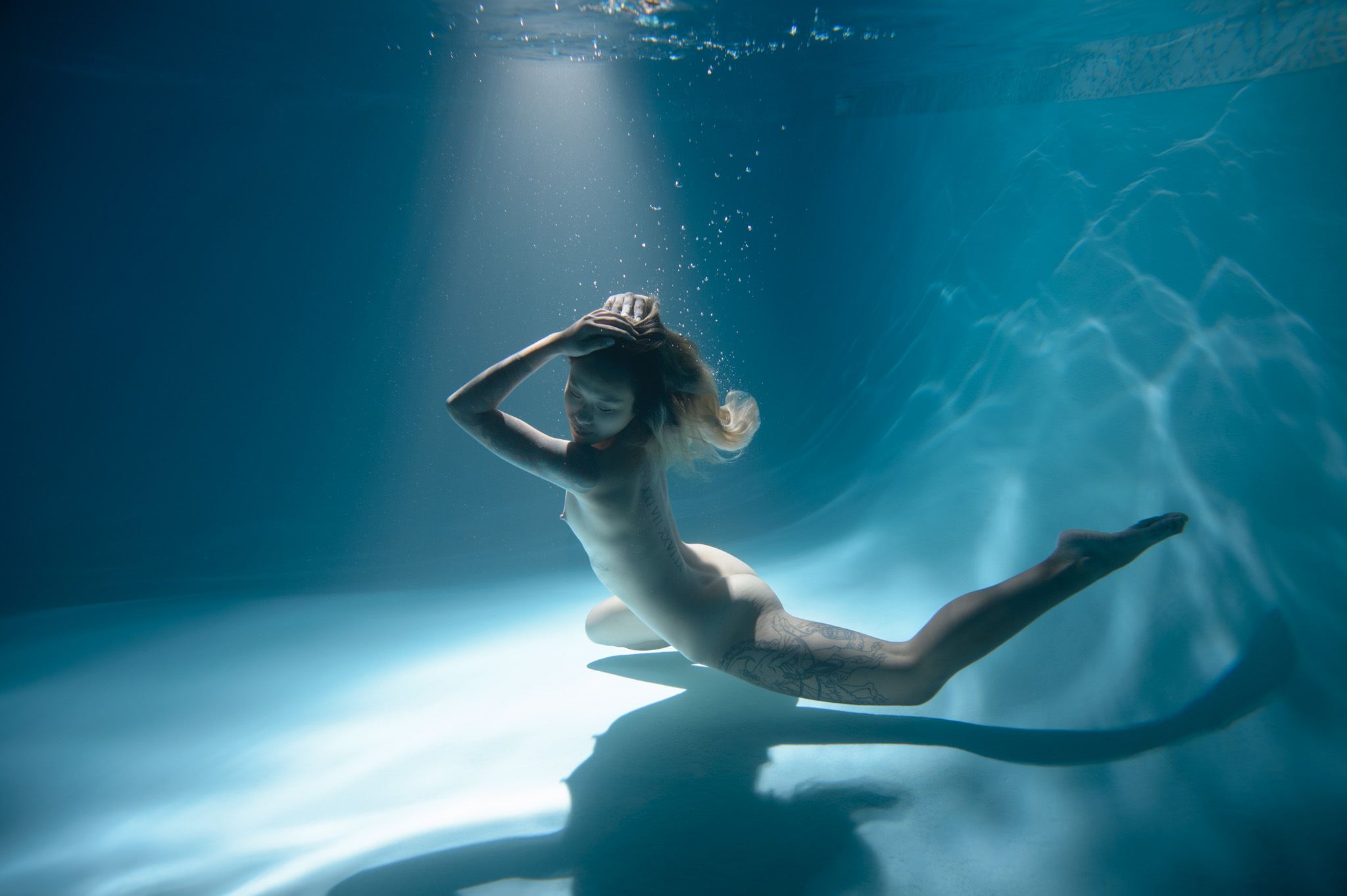 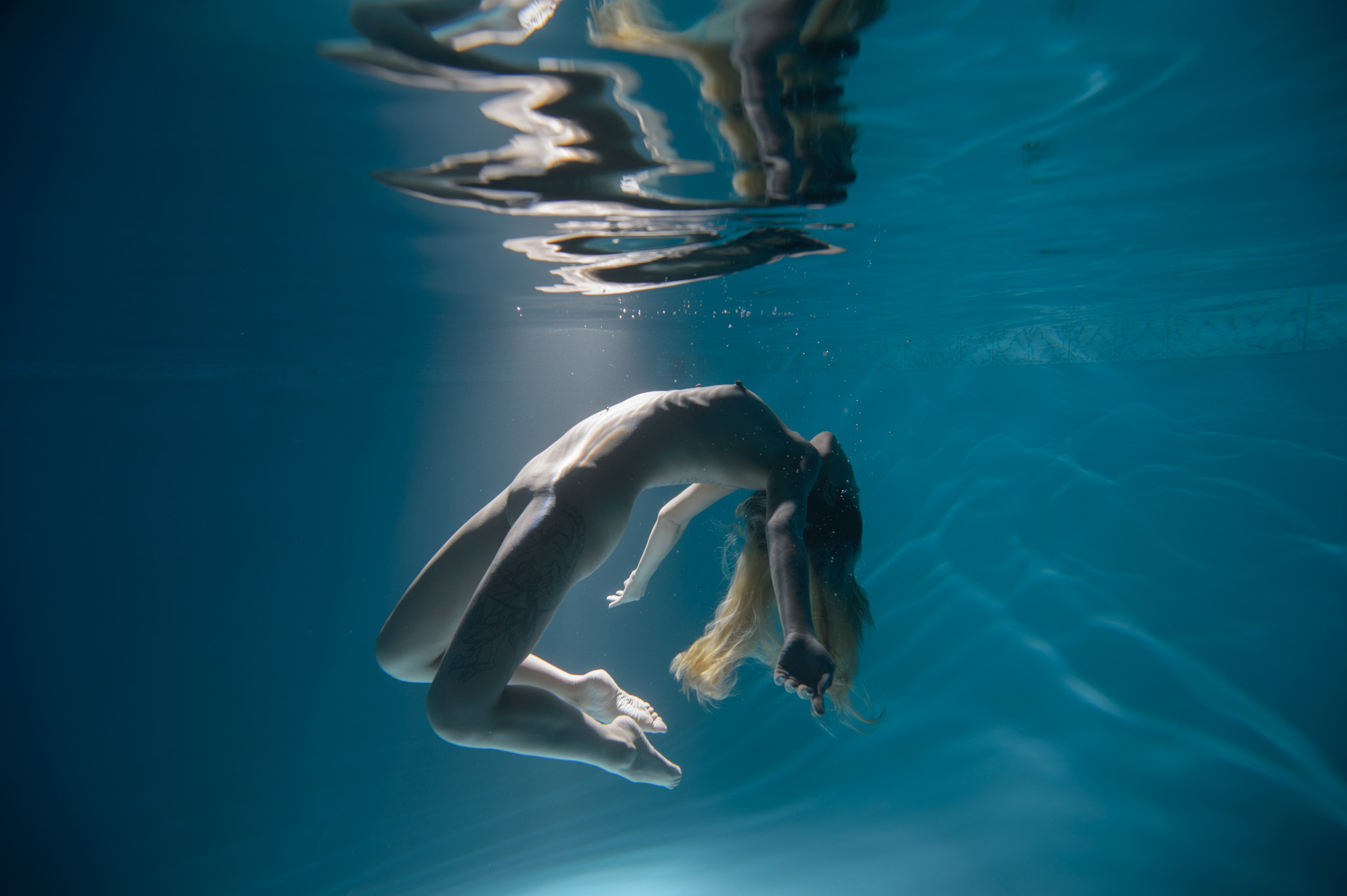 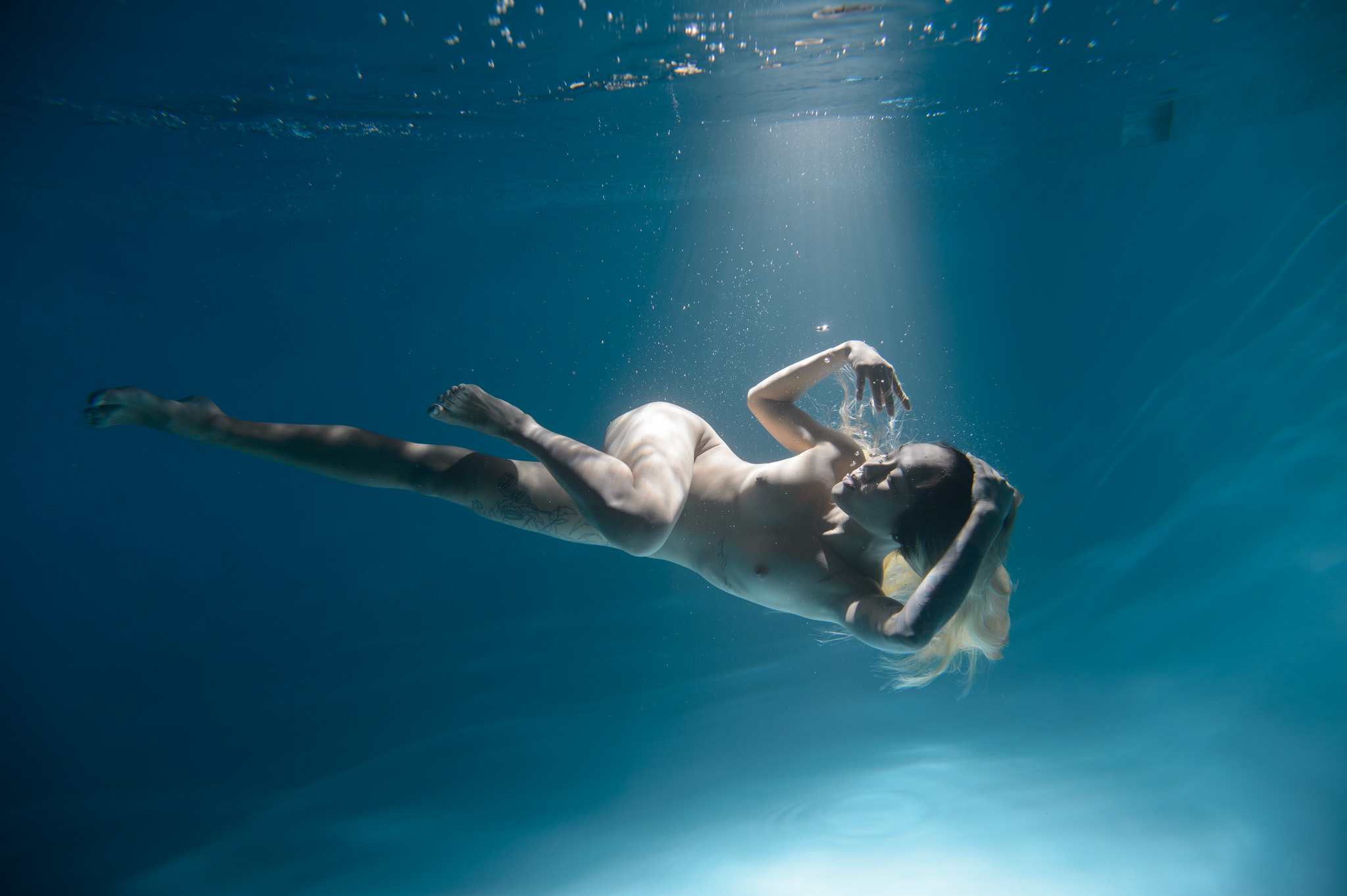 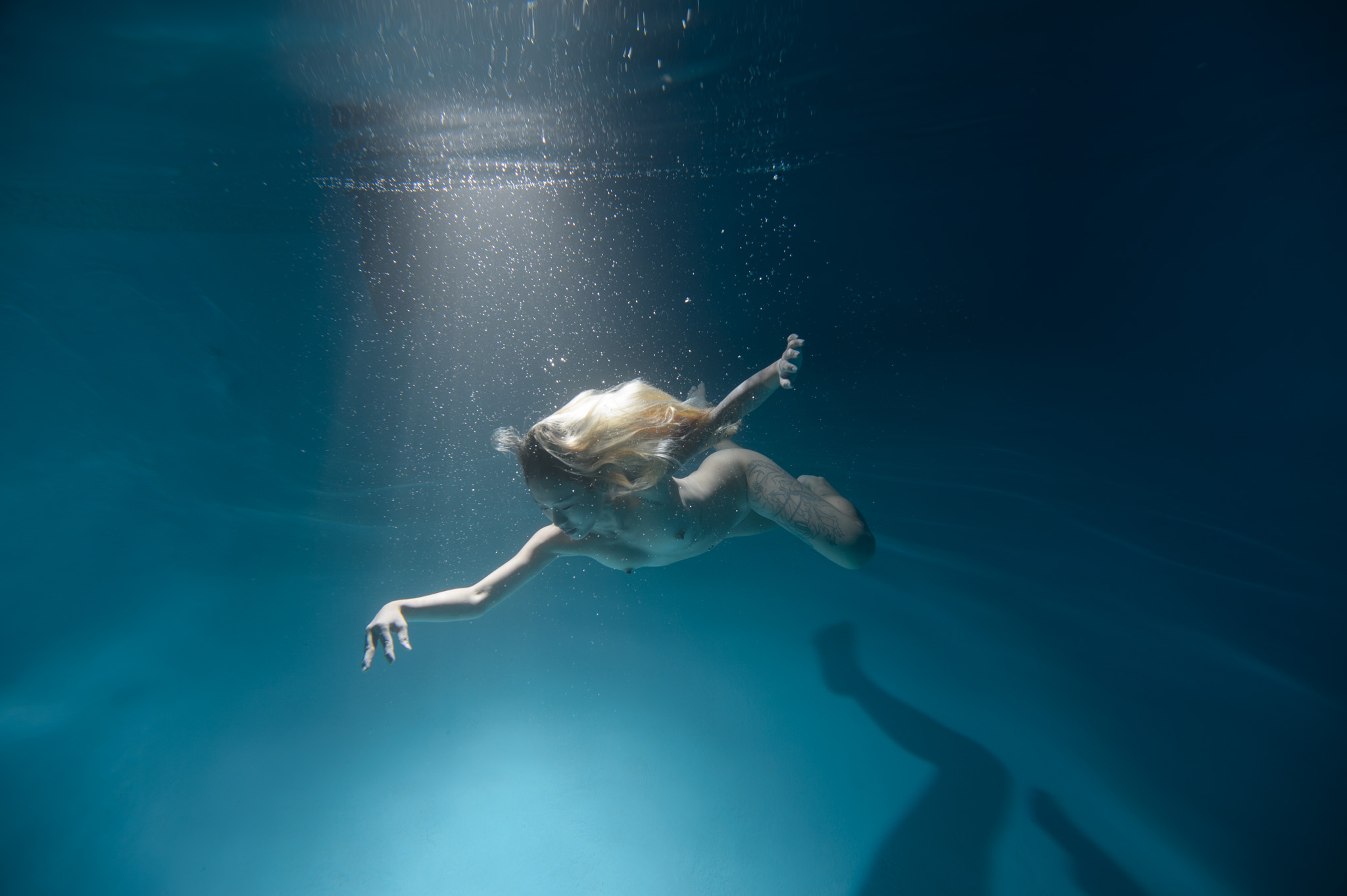 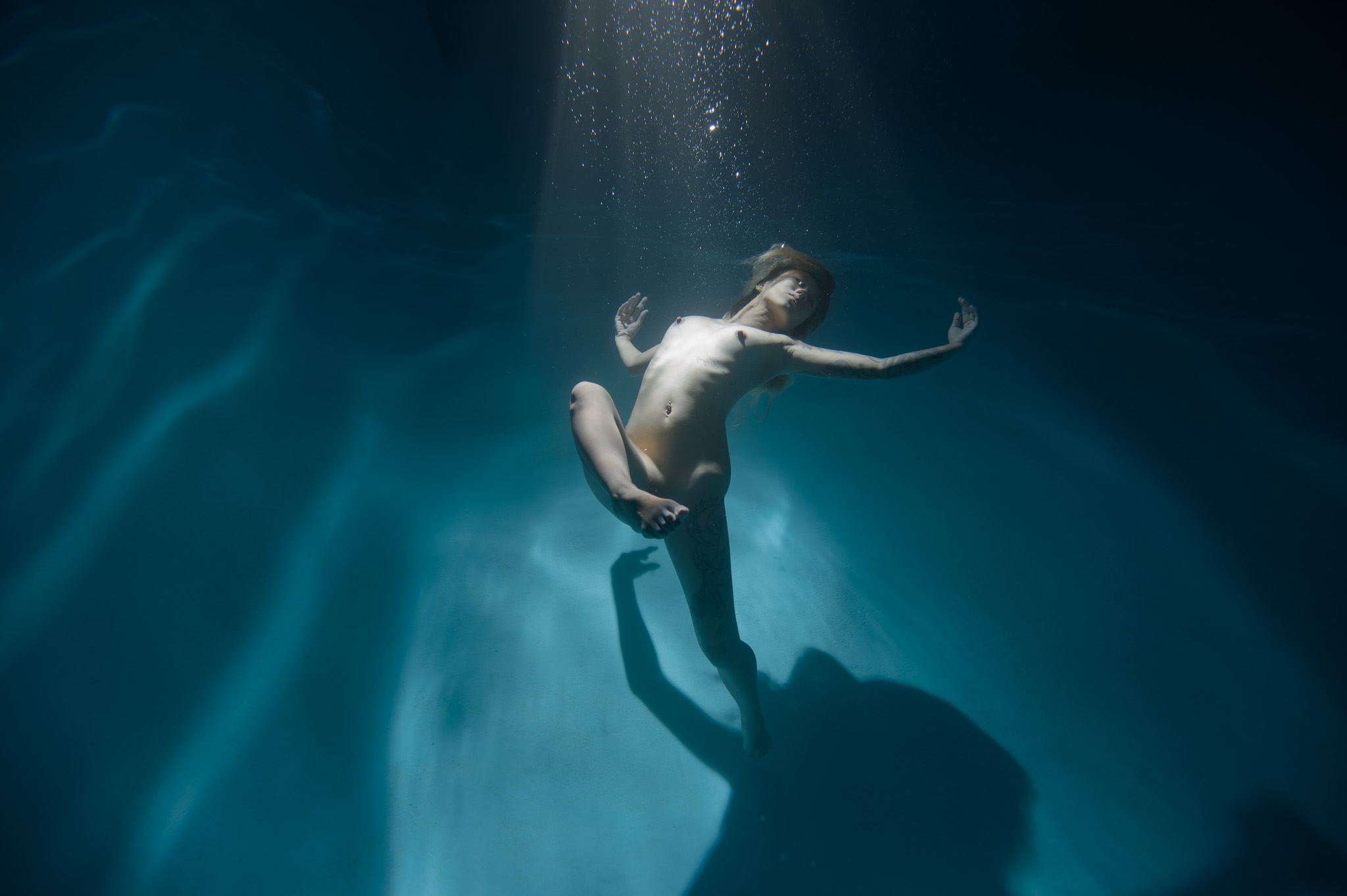 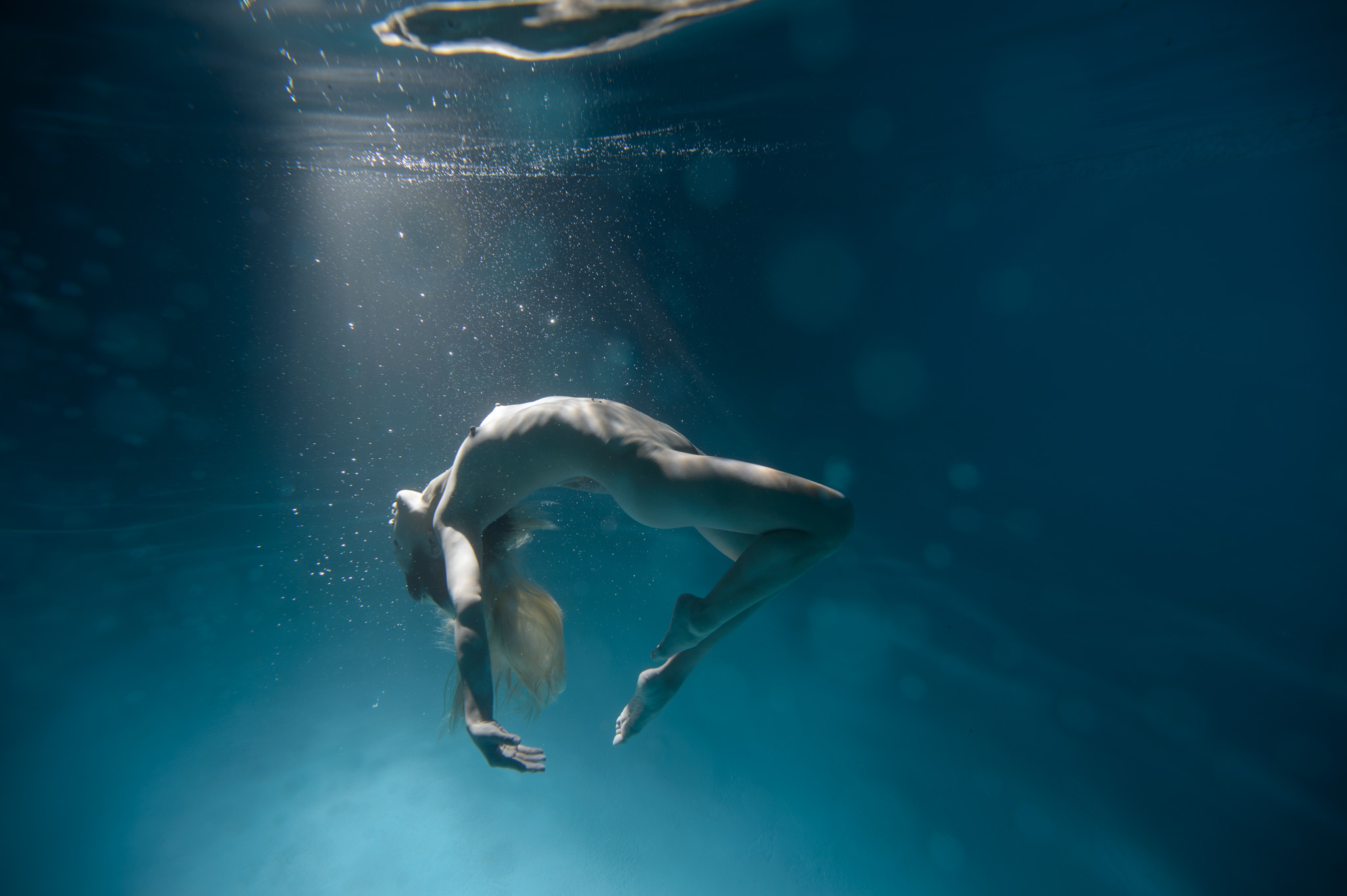 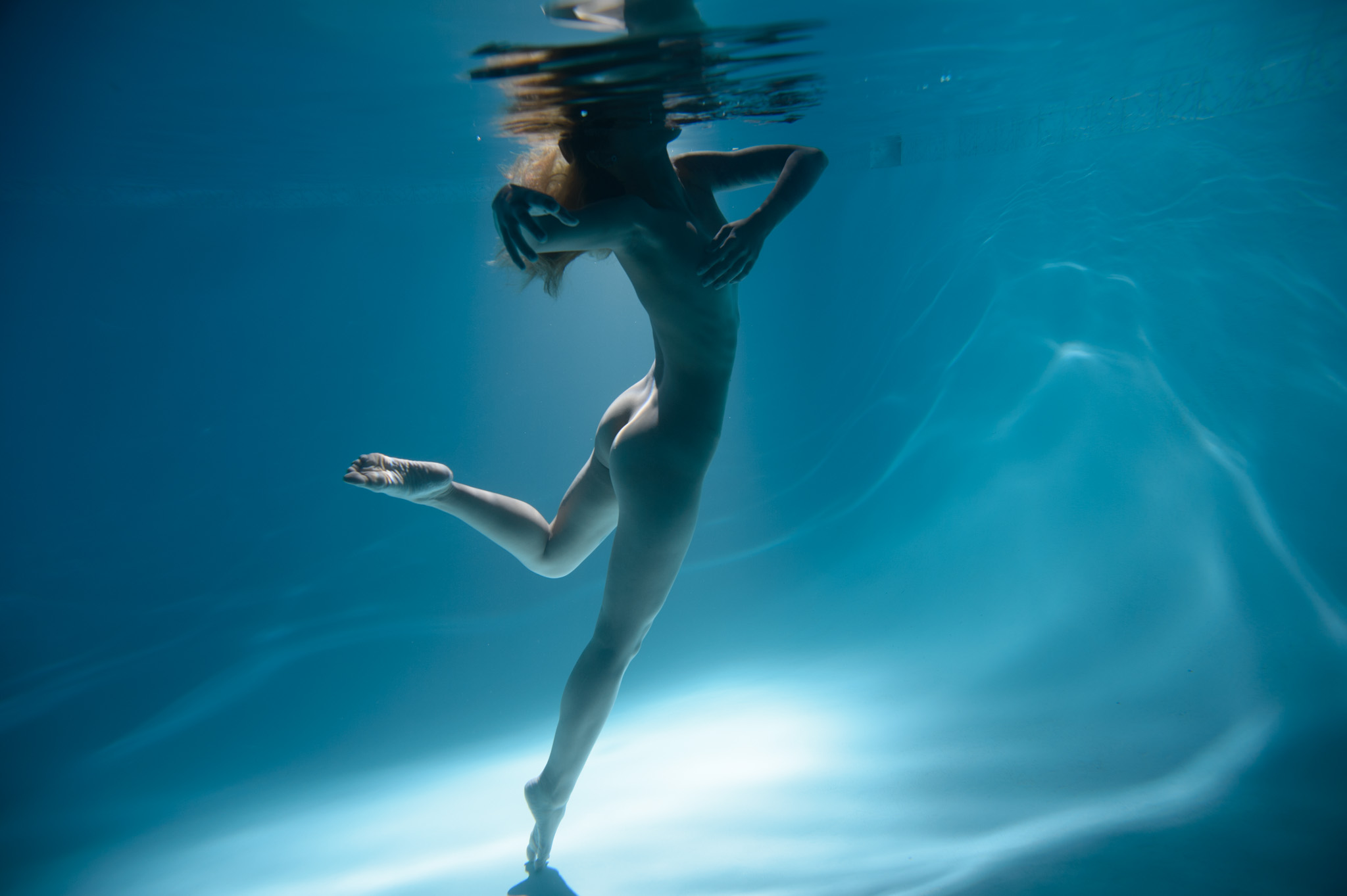 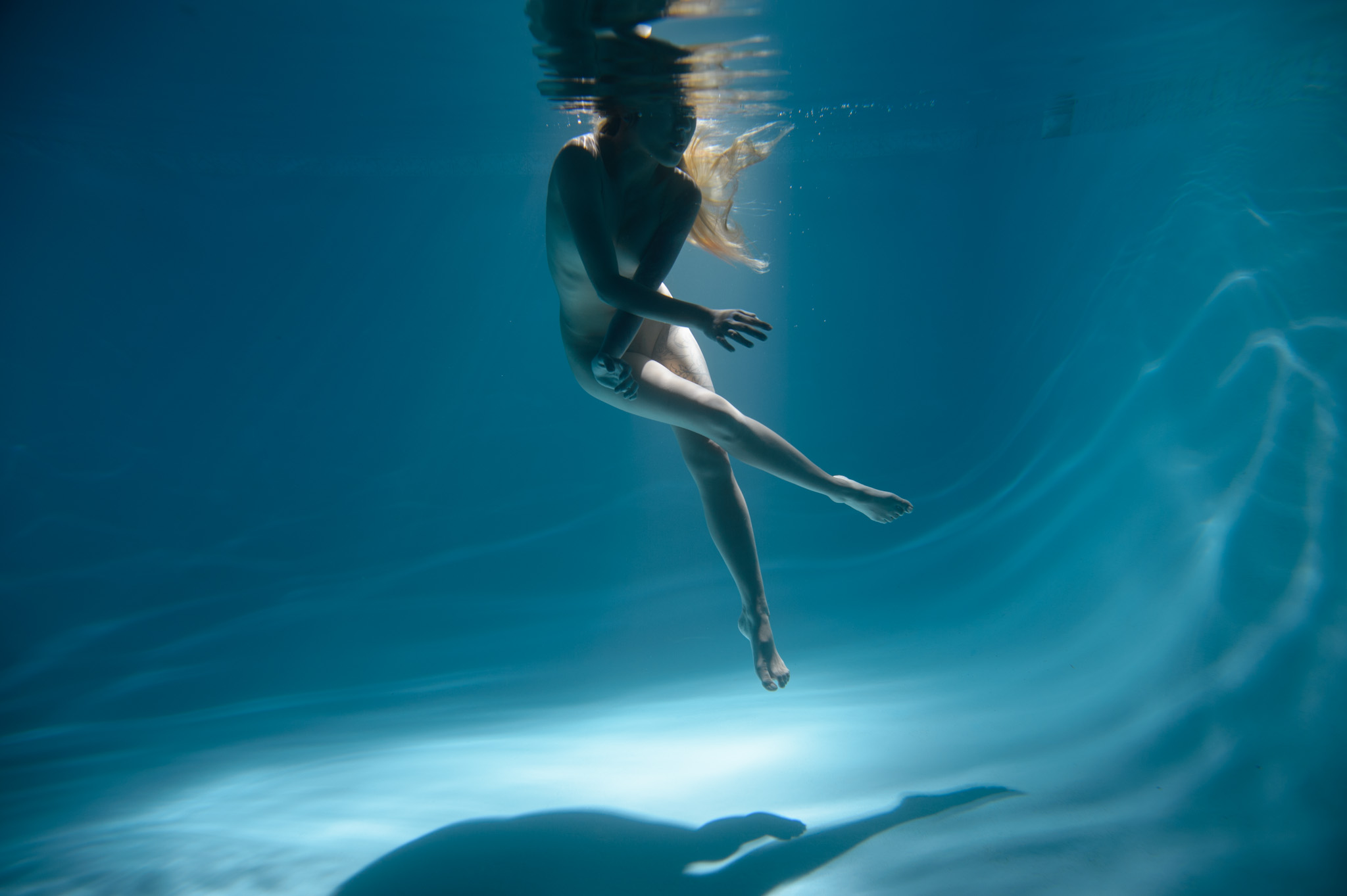 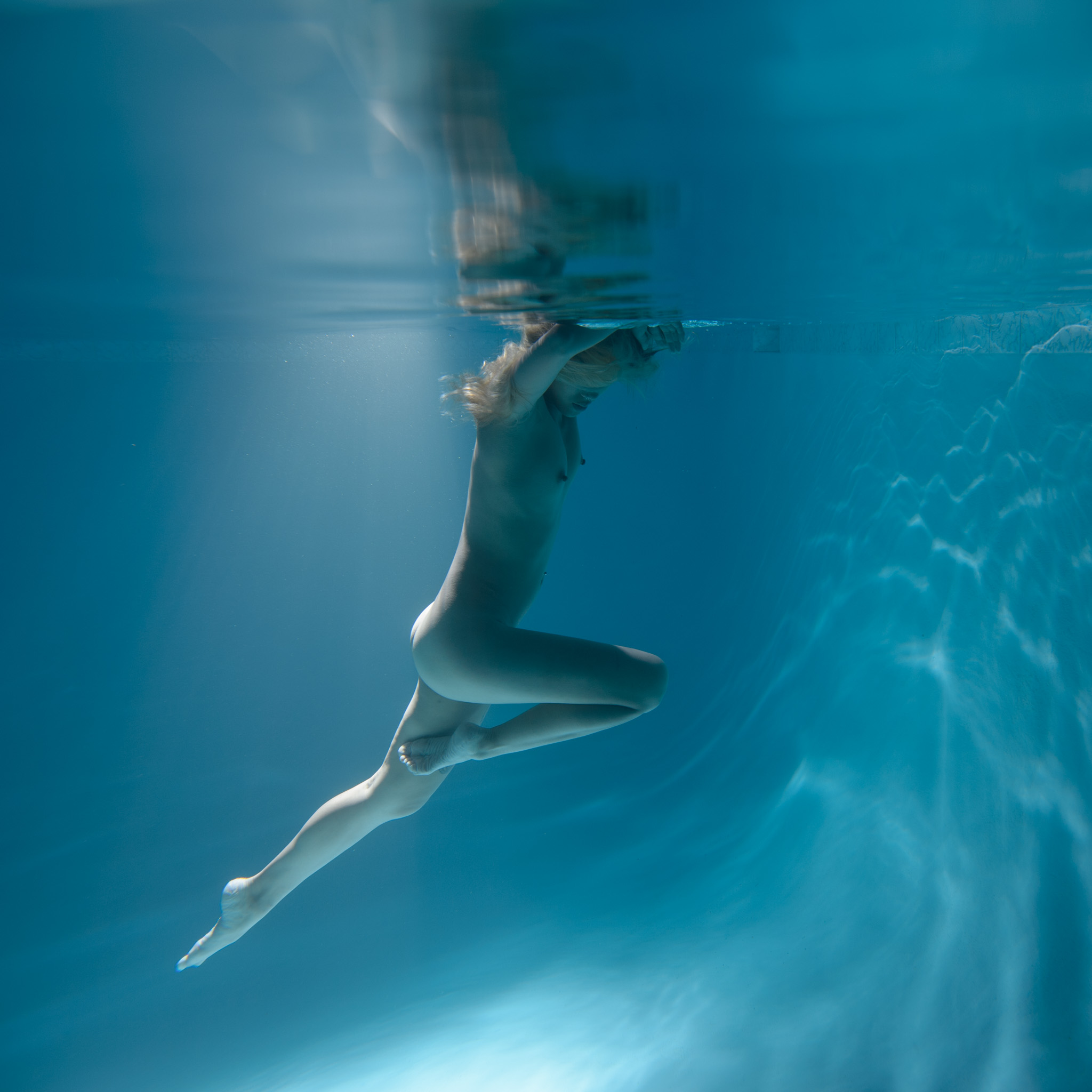 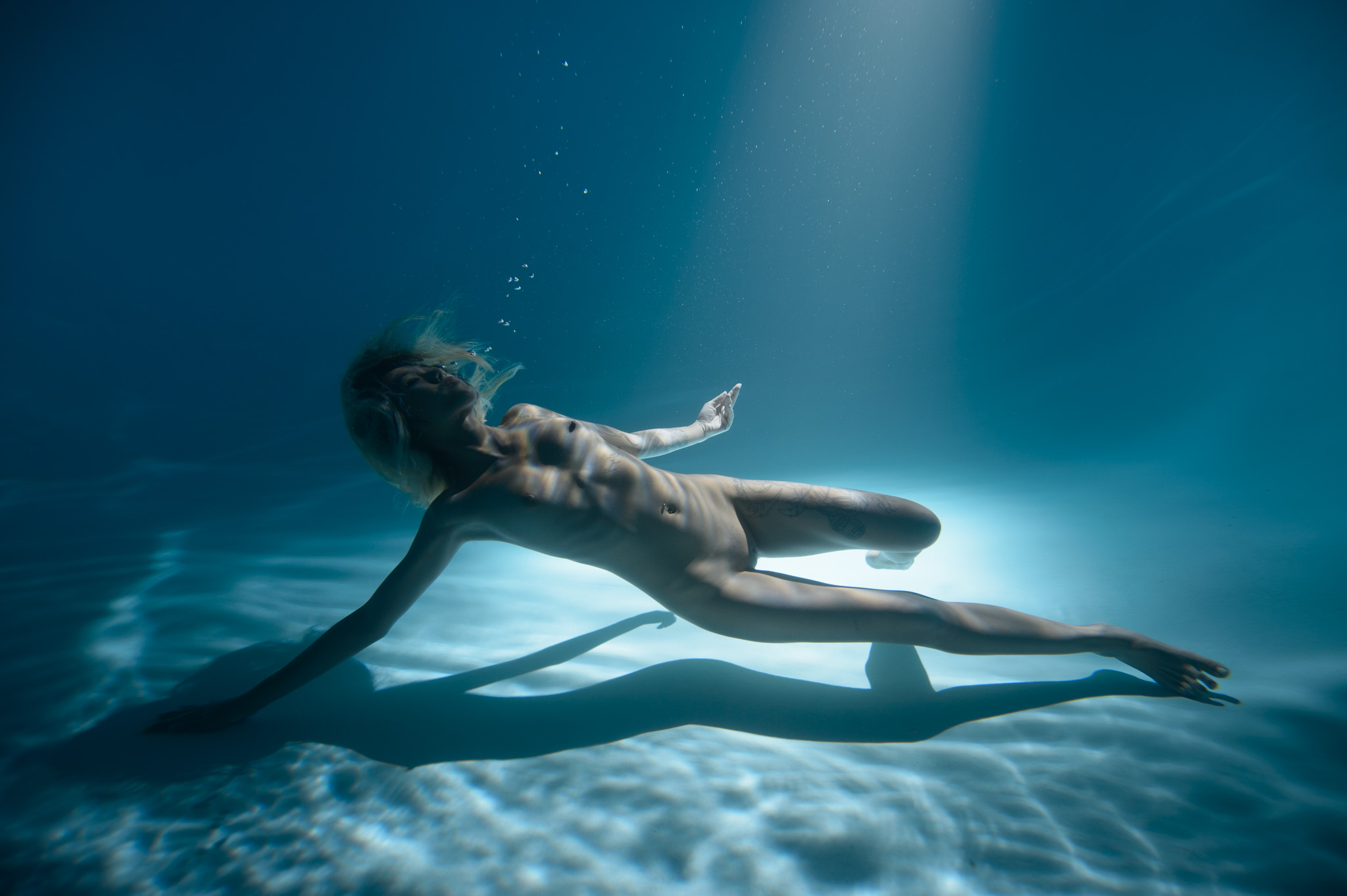 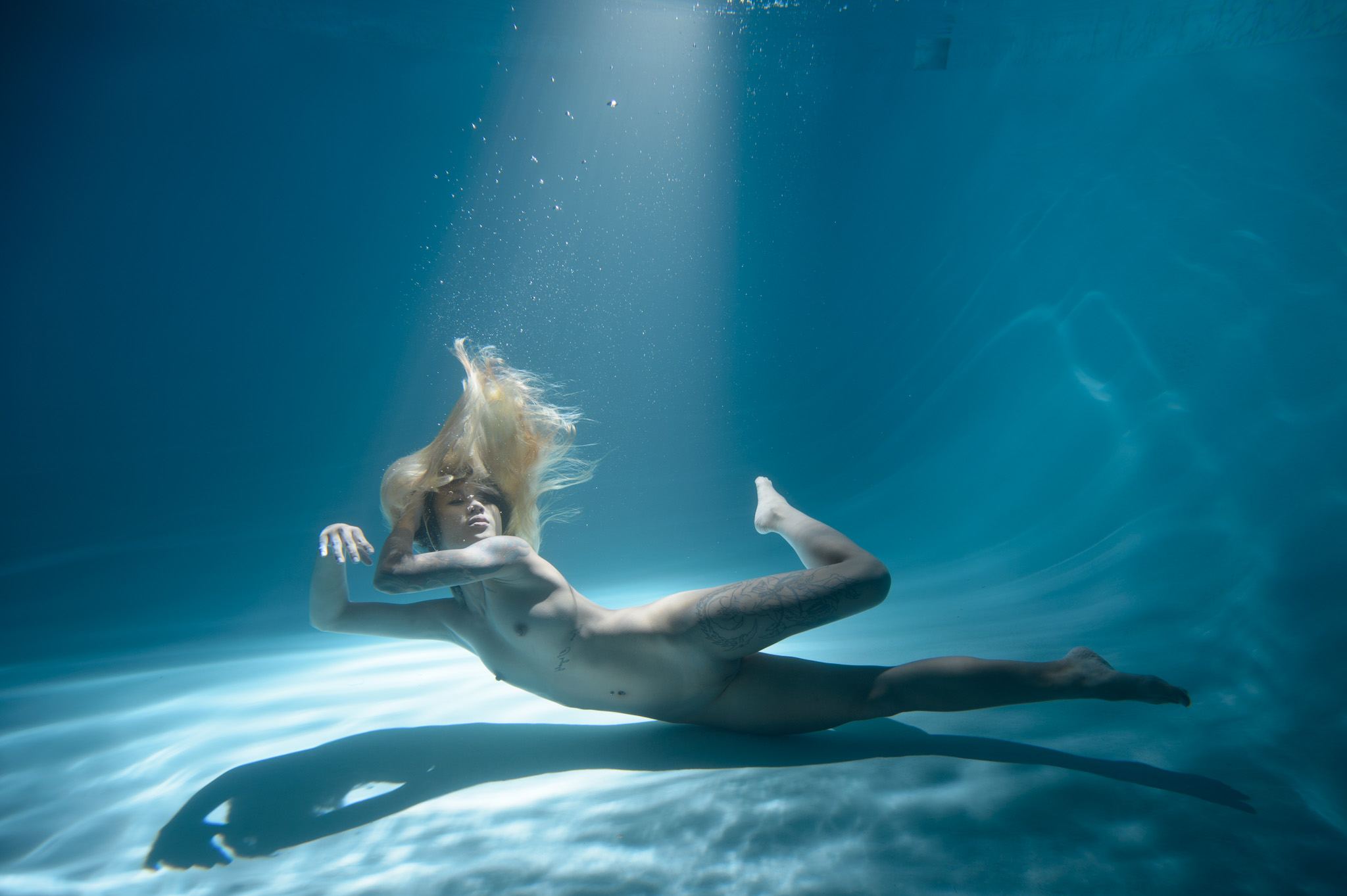 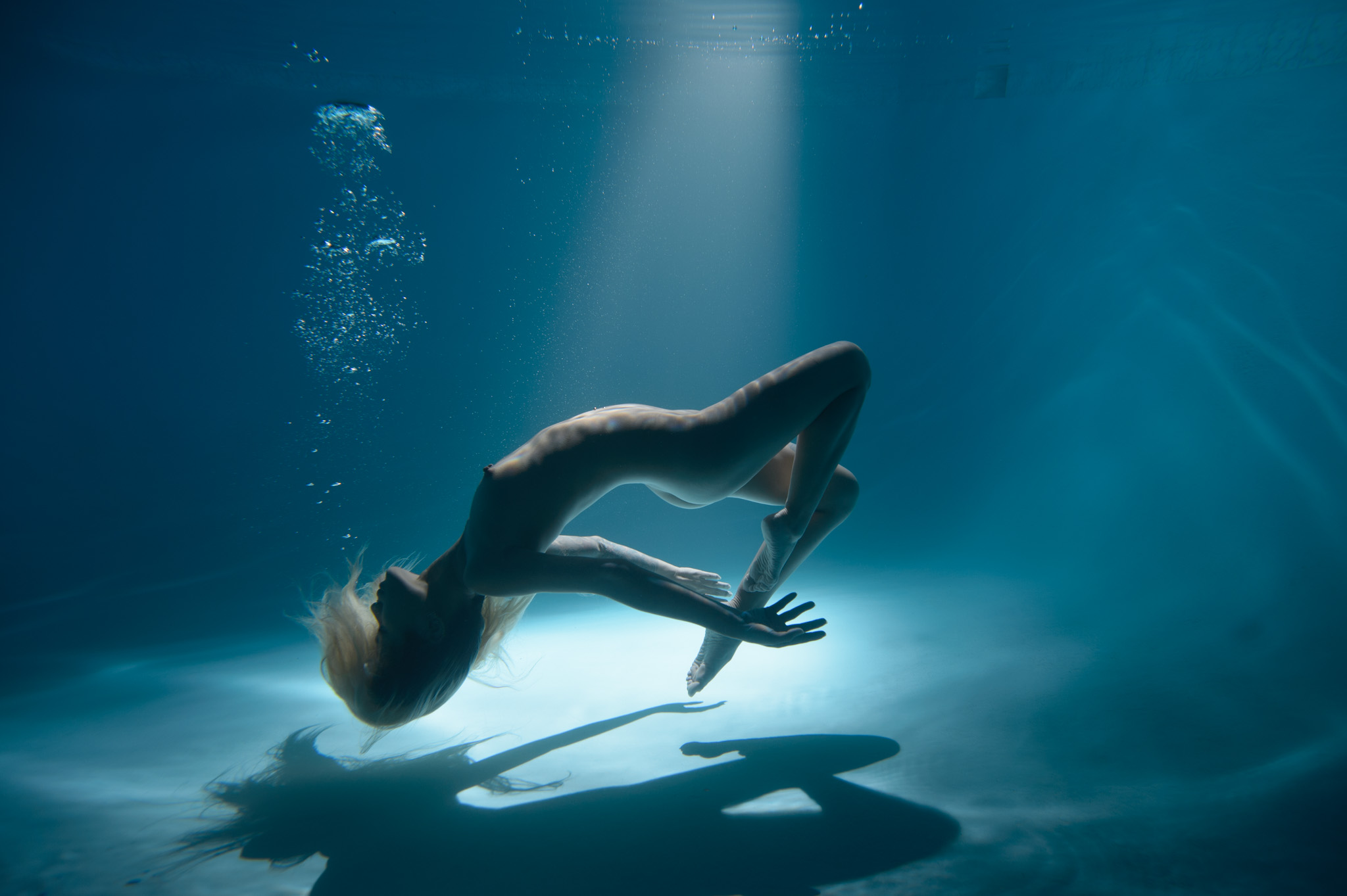 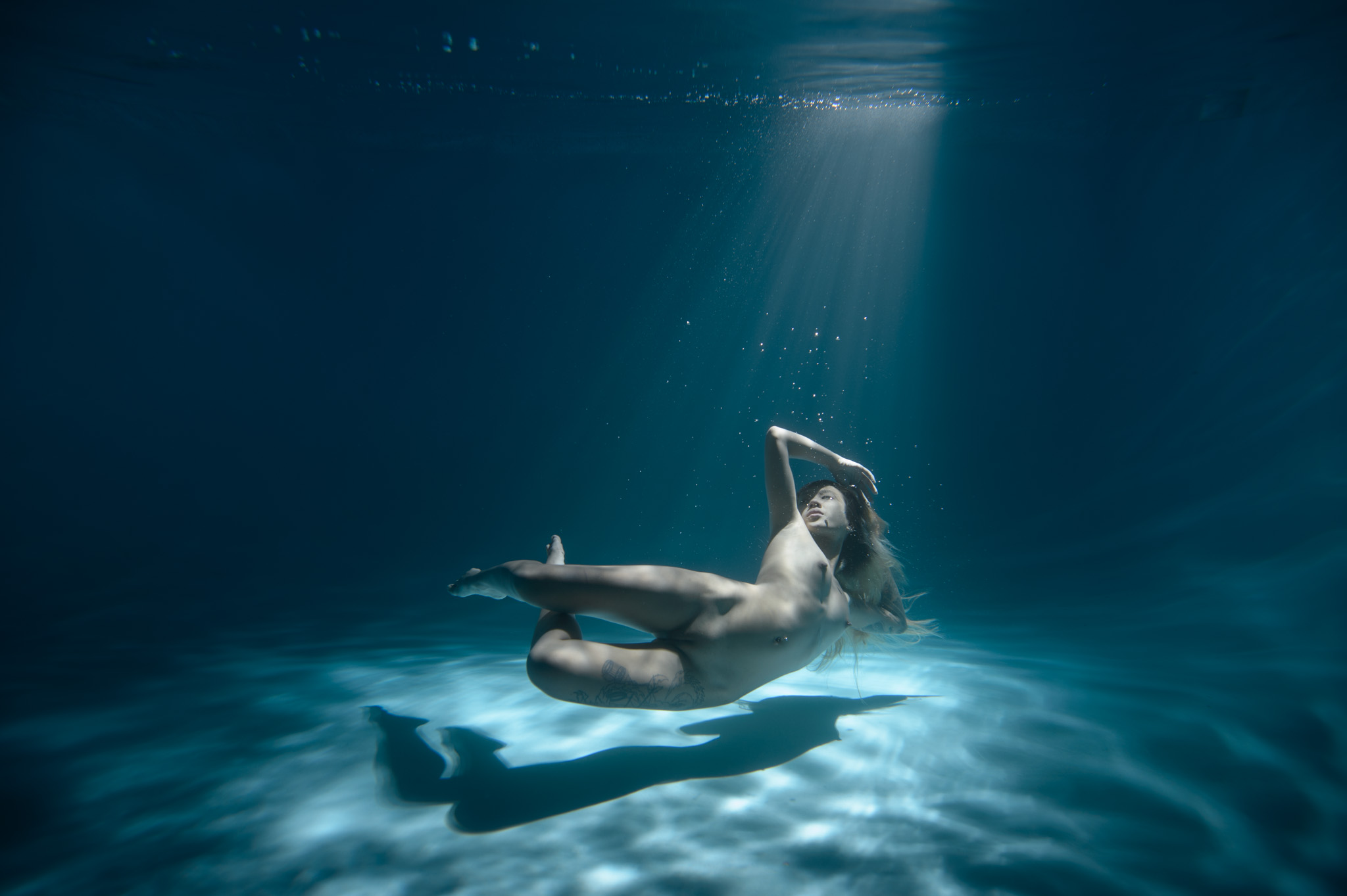 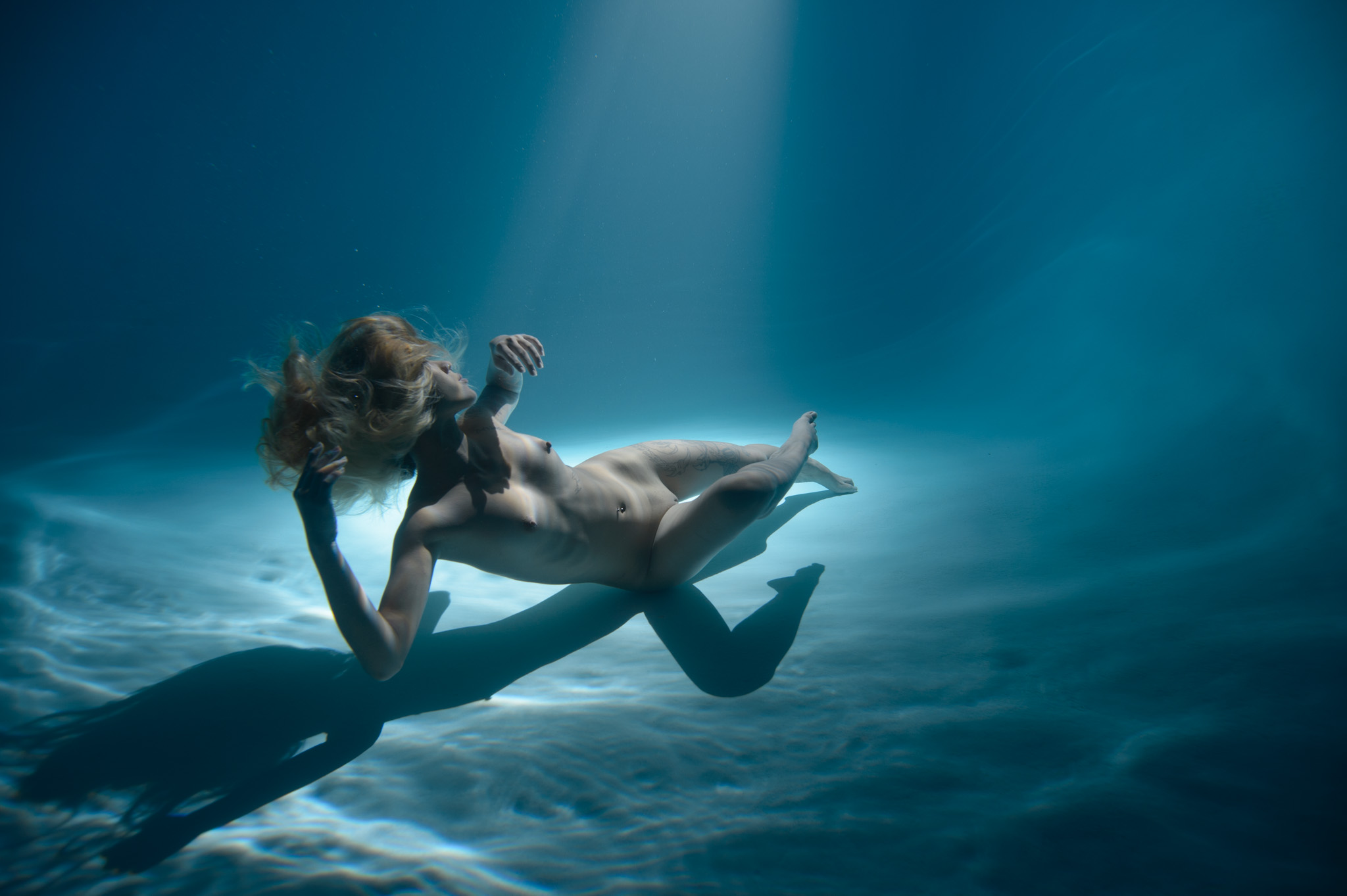 In the next one I love how the light has caught Cheryl's face. I had a lot of trouble picking between this photo and the next that was in the sequence. There was a tiny difference in the angle of the head, the way the light fell, the positions of the hands, even though it was only a second a part. I decided that this one worked better overall. I thought about posting both so you could compare, but decided to just post this one. 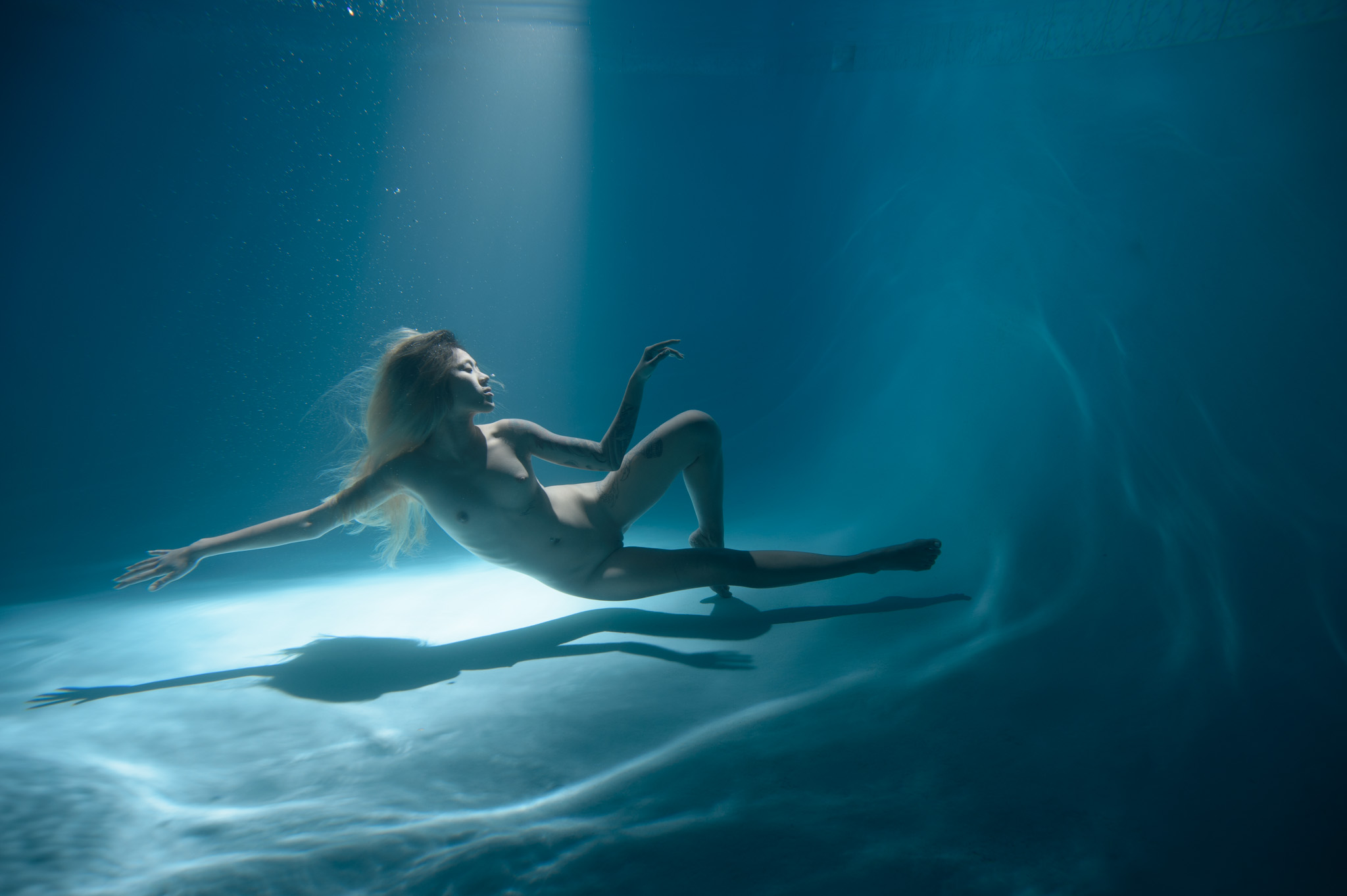 Cheryl is planning another trip to Australia later in the year and I'm already working on ideas for next time. 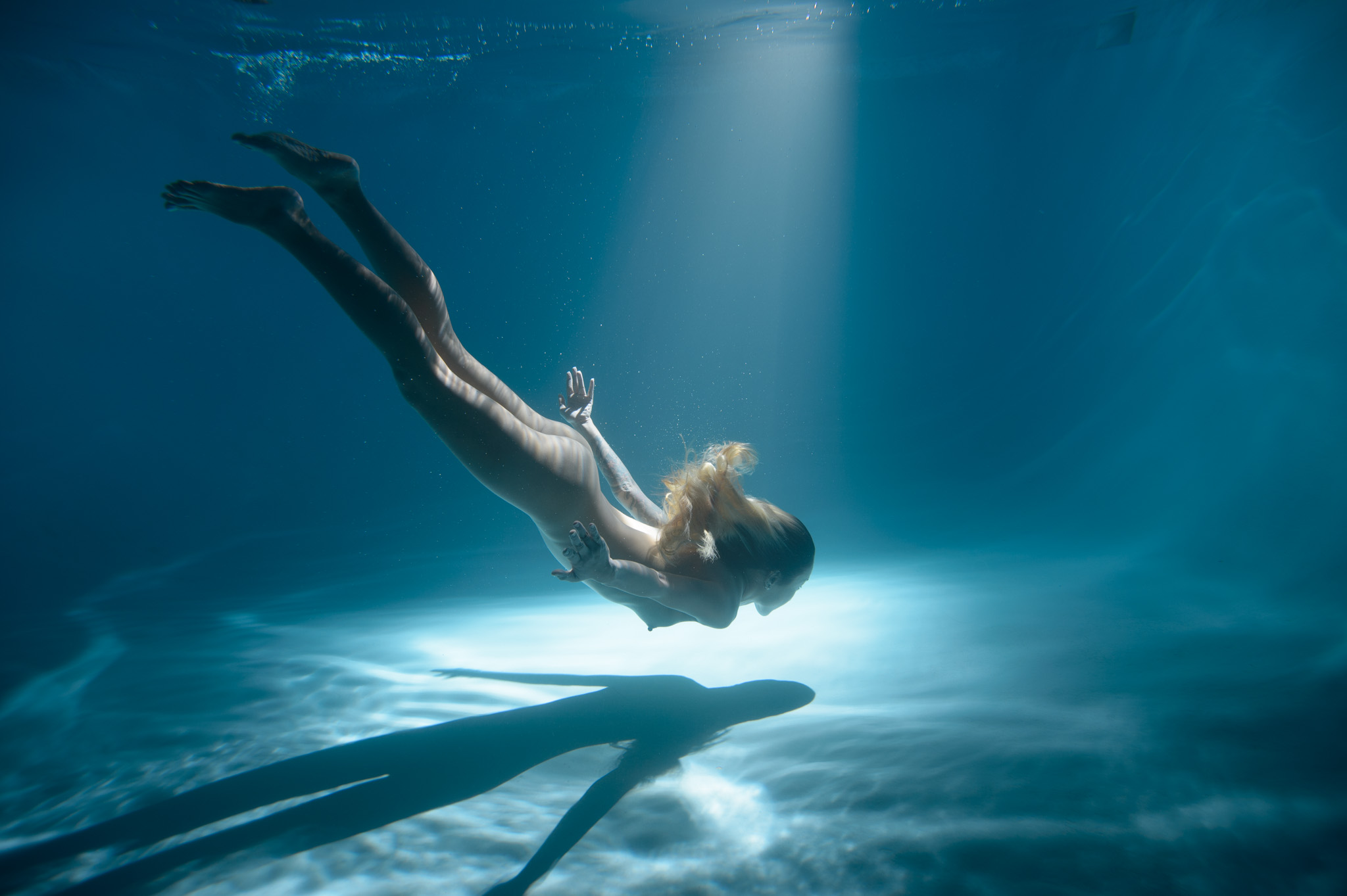